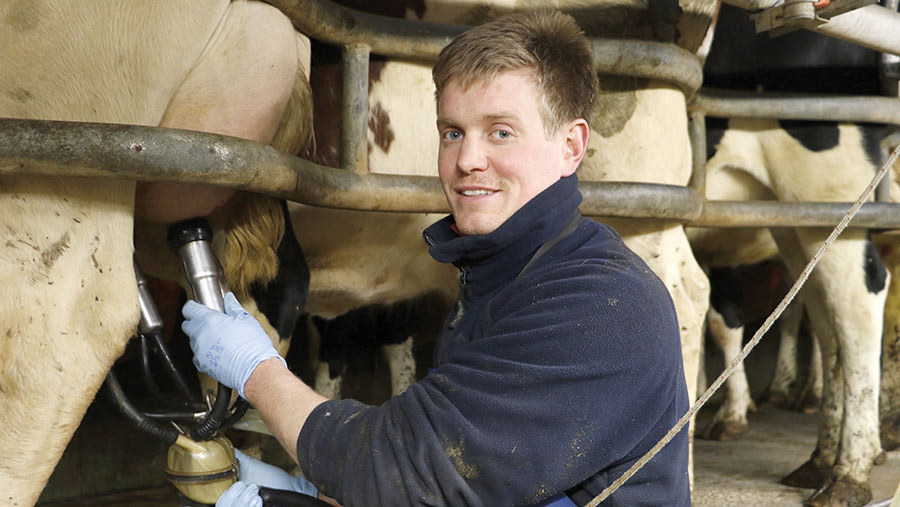 Maize! The past month seems to have been dominated by it.

We’ve been asking, “Is it too early? Surely it’s not ripe? But the digester boys have not started yet.”

Anyway, two weekends ago we got stuck into the first 24ha (60 acres), which included the river ground, so we could all sleep again at night and not worry every time we had a spot of rain.

I am not sure the team are quite as impressed with having to sheet the pit three times, and the fact it always seemed to fall on a weekend.

I, on the other hand, am over the moon, after the misery of last year. Thankfully we will be going into this winter with a mountain of maize and probably the best yields in my memory.

A lot of effort goes into maize growing, and it seems a while ago since we were agonising over planting. I would like to say a big thank you to our growers as well, with the average yield being over 44t/ha (18t/acre) and 33%-plus dry matter.

Unfortunately, we have had to throw fresh maize straight into the diet, but it is worth noting that intakes are on the rise, which is good start.

Away from the farm, the local council’s plan to build the new bypass and include flood defences within it is now out in the public domain.

We attended a meeting recently at which the council tried to play down the impacts and true commercial gains that they are targeting. I must say, I have really lost faith in these current times in the leadership of this country.

From the depths of Covid to a matter such as this, why does it appear that politicians always seem so ill informed and lacking in common sense?

Worst of all, they are always looking to climb the greasy ladder and exploit situations for their own political gain rather than for the benefit of their constituents. Is this a generational thing or does success nowadays seem to be measured on achieving fame and fortune?