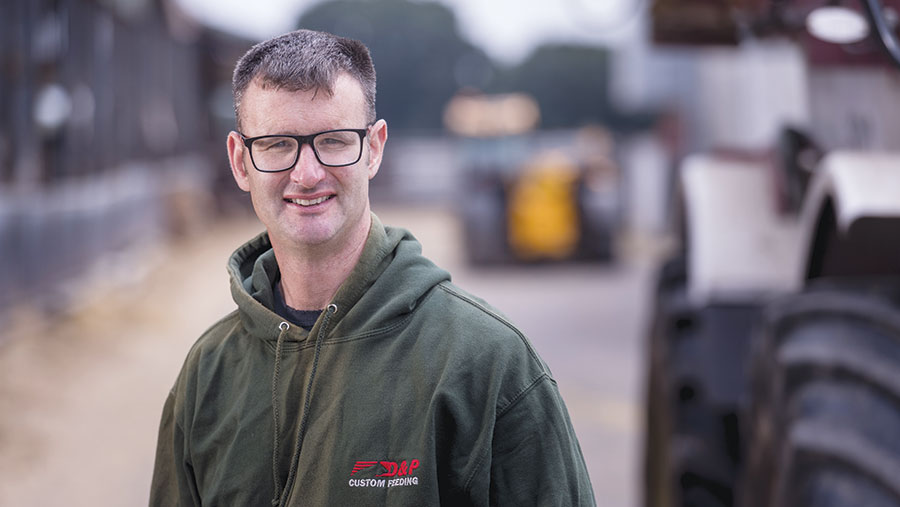 What a harvest. I had mentally prepared myself for it to be bad, but it’s dire.

The weighbridge was broken for the winter barley harvest, so after a full spend on that, we ended up with about 4.92t/ha (2t/acre), which was no test for the mighty Axial flow.

At one point, I convinced myself I had holed the hull on the combine and must be leaking corn profusely out of the chassis.

Little corn means little straw, so the plan is to bale everything, including all the bean and pea straw and the corn (maize) stocks after the grain maize harvest. With all this, we may just reach our total bale count.

Harvest is now a distant memory. We have wiped the slate clean and we’re looking forward. All the ex-barley land is now drilled with stubble turnips, ready for overwintering sheep.

The beef price has gone from strength to strength. Clean cattle are about 370p/kg deadweight.

Store prices have risen on the back of the fat cattle trade, with some astronomical prices being paid.

I think at some point there will be a pushback from the consumer. Beef could become too expensive and some store buyers may get their fingers burned.

It’s muck-shifting season here at Osgodby Grange and we are trying to make the process more efficient with the purchase of a 14t Volvo 360.

We are making a conversion plate from Volvo to JCB so we can use our Loadall attachments to load muck rapidly and without a lot of chewing about into the spreader.

We have taken some more land on recently, which has had what we call the “three-star treatment” – muck, gypsum and horsepower, all in large amounts.

We just have the 10 years of hedge growth to knock back and it will look a picture.

Due to my combine radio only picking up left-wing pontificating radio stations, I have summoned a new resource – Spotify – and it’s brilliant.

I have created my own playlists of mostly 1980s 12-inch singles. The Human League’s Don’t you want me? Extended dance mix is a particular favourite.

So, there I am sat, living the dream in my 1980s teenage time machine.