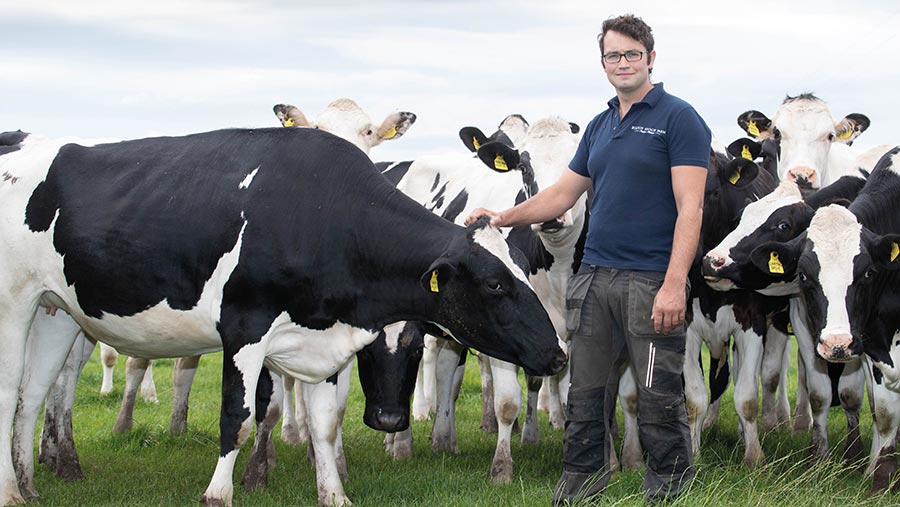 It’s early May as I write this, and I have spent the day mowing first-cut. There is rain forecast tomorrow evening, so my fingers and toes are crossed that the day runs as smoothly as possible.

Grass quality seems good, and yields look much better than the past few years, although at this stage it’s all just a guess, really.

We started drilling the maize under film on 8 April. This was about 10 days later than usual, but was only because of weather limitations.

The changeable conditions continued as we worked and made for a bit of a stop-start affair, which took about 10 days. 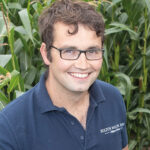 The intermittent rain throughout drilling should hopefully help the pre-emergence treatment applied through the drill, which often struggles as conditions become too dry.

It’s five years since we started growing maize under film and Drew Watson Agri, from Dumfries, came down to drill it for us.

We put in about 27ha (67 acres) in the first year. Since then, it has grown in popularity locally and this year almost 161ha (400 acres) has been drilled in the surrounding area.

We also got our spring barley drilled – some before the maize and some after. It’s really motoring now.

The cropping work has pushed some other jobs down the list, though. Although we have turned out about 140 youngstock, all the milk cows are still inside.

We normally graze about 25% of the herd day and night, and we will hopefully be doing that by the time you read this.

Our lack of urgency is partly down to the cows performing better than they have all winter, with great fertility, relatively little mastitis and yielding about 35kg.

I hate upsetting them when things are going well, but needs must.

My wife, Anna, is busy making plans for the Maize Maze. With signs to make, sand pits to dig, marquees to assemble and staff to employ, there is plenty to do.

We have also started designing the maze itself, which will be painstakingly cut out by hand in the last week of May.

As they say, many hands make light work, so if anyone fancies a few hours with a measuring wheel and a garden hoe, you know where to find us.