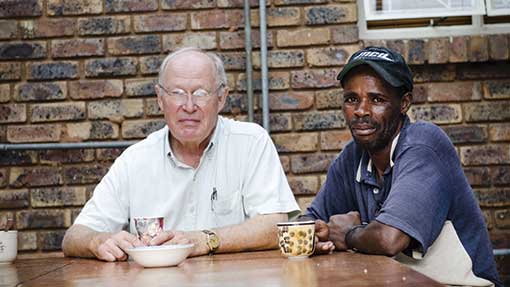 The end of April until the beginning of May is a very business-unfriendly time in South Africa, except perhaps if you are in the tourism or hospitality sectors.

If the effect of these holidays were only felt on the public holidays it would be reasonably fine. But, because there are so many public holidays, people tend to take some of the working days off in between to make a good break of it. This has a hugely disruptive effect on big and small businesses and public administration alike, because there is bound to be a key member of staff on leave. Just one example: A firm that orders butter from us on a weekly basis and pays diligently every week just failed to pay for four weeks. The only reason was staff being on leave.

Fortunately, with this period behind us and particularly with the election a thing of the past, the country can return to business as usual.

Last year I reported a serious outbreak of redwater in winter which was extraordinary, because ticks are normally not active in winter. This year, at the onset of winter, we again experienced a number of redwater cases. I have come to the conclusion that a major contributing factor must be the fairly dramatic change in weather patterns and the resultant change in eating habits of the animals. It takes time for them to adapt to the winter grass – they lose condition and become more susceptible to disease. I will have to anticipate this potential problem in future by providing more additives (vitamins and minerals) at the change of seasons.

But let me end on a positive note. My milk buyer has announced the third increase in the price of milk in as many months. An increase totalling 13.7%. Need I say anything more?

Danie Schutte is an organic Ayrshire dairy farmer who also processes dairy products on his 90hafarm near Pretoria, South Africa.