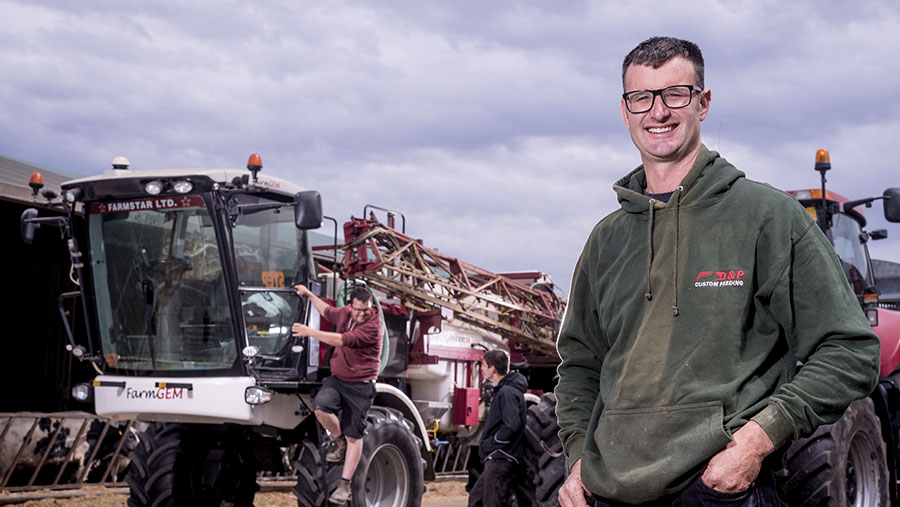 We’ve passed a watershed moment. Cattle prices have gone through the £4/kg barrier for all commercial categories, with natives well above that.

It is being driven by consumers spending 15.8% more on beef and buying 12.7% more volume – long may it last.

Republic of Ireland prime cattle numbers are down 12.9% year-on-year, so it probably will be for the medium term.

The only problem with a higher price for prime cattle is that stores have gone up in relation to the higher kill price and finishers are turning over more money and getting less bang for their buck.

Generally, the mood of the industry is much better, and we all welcome the uplift in prices.

We have had a lot more visits from the processors on site and generally it’s a good time to sell when they come calling, as they are desperately short and “special” deals can be done on the day.

It’s quite tempting to sell under-finished cattle now, robbing Peter to pay Paul, and it would be interesting to see industry figures relating to weights and grades to see if this is happening on a large scale.

Personally, there’s no panic in my view as there just aren’t the cattle out there to supply demand, so prices will remain buoyant.

We have had a long, dry spell with winds from the north, which is superb for finishing cattle ­­– dry air combined with sunshine.

It not only freshens up yarded cattle, but straw consumption has dropped considerably.

We are working our way through two-year-old bales as that’s all we have left. Even the mighty McHale is finding it hard “milling“ them up.

The finishing diet has had a tweak, and we have replaced 1kg of barley with 5kg of potatoes.

We are paying between £15/t and £28/t delivered and washed in my yard, which is brilliant for me, but I feel the pain for the potato grower. Barley has crept up to £168/t relative to wheat at £200/t, meaning potatoes are helping us control ration costs.

I’ve had my jab. I was wondering, as I was giving a group of bullocks their IBR vaccine, whether they were as relieved to get theirs as I was to get mine.