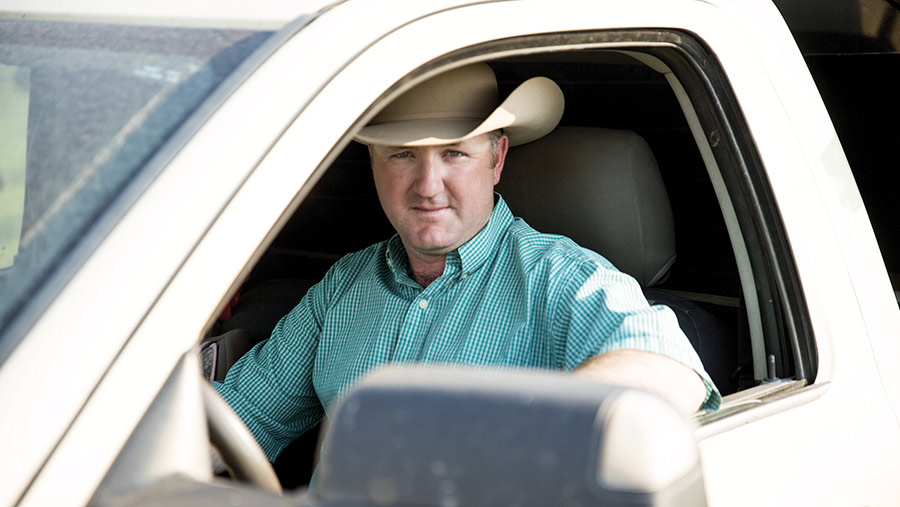 I shouldn’t have said anything in my last article about the weather being helpful.

Soon after it was published our weather patten changed and our mild winter has become brutal. At first it was just moisture and we were fighting bottomless mud. Even that would be welcome now.

Being in the middle of the continent, Kansas has huge temperature swings depending on where the jet streams are in the atmosphere.

See also: Why suckler herd is downsizing despite adding £374 a cow

Unfortunately for us, the Canadians left the door open. For several days we have had highs of -15C to -10C. The two-week forecast is for more of the same.

It has been windy too. It has made anything productive seem almost impossible, as jobs such as cutting holes in ponds and streams for livestock suddenly take seven labour-hours a day.

We had tried to start getting ready for the bull sale. The bull clippers have been here twice, and we have only 25 head finished (should be closer to 150).

We were going to do evaluations and an order of sale but it’s hard to line up bulls for quality when they are all in a ball with humped backs.

We still need to send a rough draft catalogue to the printer in two weeks and will be doing bull videos in three, so we still have time for the weather to improve – but it will be cutting it close.

I am very happy we aren’t calving. We start in early March and calve for 45 days.

Lots of people who say they spring calve really mean they calve in winter. It means larger calves in October to take to market, but it comes at a huge cost.

Almost every calf born in the next two weeks will have to spend a night inside – and that means in the house as often as in a barn, as most barns don’t have heat.

That translates to extra labour, extra feed, extra infrastructure and more. It would be naïve to think every one of these calves will make it.

It takes our mantra of making the cows work for us and completely turns it on its head.

Hopefully the next two weeks pass quickly, and thank God I’m not Canadian.