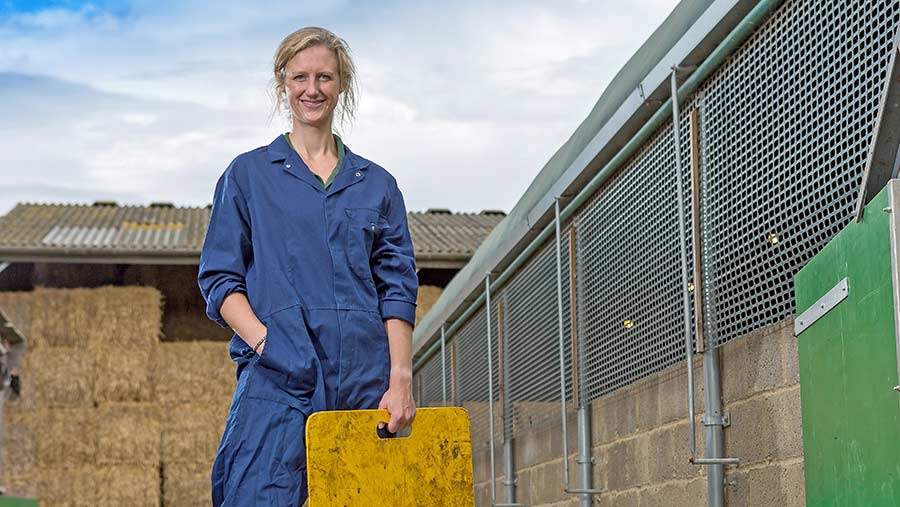 We are still experiencing problems with our weaned gilts coming into heat five to seven days post-weaning.

Despite them looking in reasonable nick, we are convinced that it is an energy imbalance, as suspected all along.

We are going to weigh gilts into and out of the farrowing house to see how much weight they are losing being in heat.

Anything more than a 15% is likely to result in sub-optimal performance in the second litter.

See also: Advice for selecting and managing gilts up to service

But what’s the solution? First, we are going to ensure the weaned gilts are served first thing in the day and again at the end of the day.

They are more likely to be on heat for less time and less likely to show heat. We are also going to look at trialling an antioxidant product five days after weaning to point of service, and will speak to our nutritionist about a nutrient-dense top dress for gilts for the last 10 days in the farrowing house.

After several cracking batches, our performance in the finishing herd dropped off a cliff in the last two batches.

Bacon finishing weights have dropped from averaging above 112kg live, between January and August 2020, to only 103kg. We have also seen tail biting flare up in these two batches after having had very little for six to nine months.

We’ve looked at several possible causes, including autumn daytime temperature range, the effect of new straw baled wet, damline boars/reject gilts, and the poor weights at finishing. They point towards a health challenge being the prime suspect.

The pigs in the grower house have looked phenomenal this year but the latest batches were uneven and had lost their “shine”. We took faecal samples and have discovered ileitis; a painful thickening of the gut.

We have been low users of antibiotics over the past four years (typically under 10mg/kg, often much lower).

However, there was always going to be a time when we would have to use a course of antibiotics responsibly to treat a health issue for the welfare of the stock.

We will also reassess our cleaning and disinfection procedures and look at using a live vaccine in the nursery phase, should the problem reoccur.