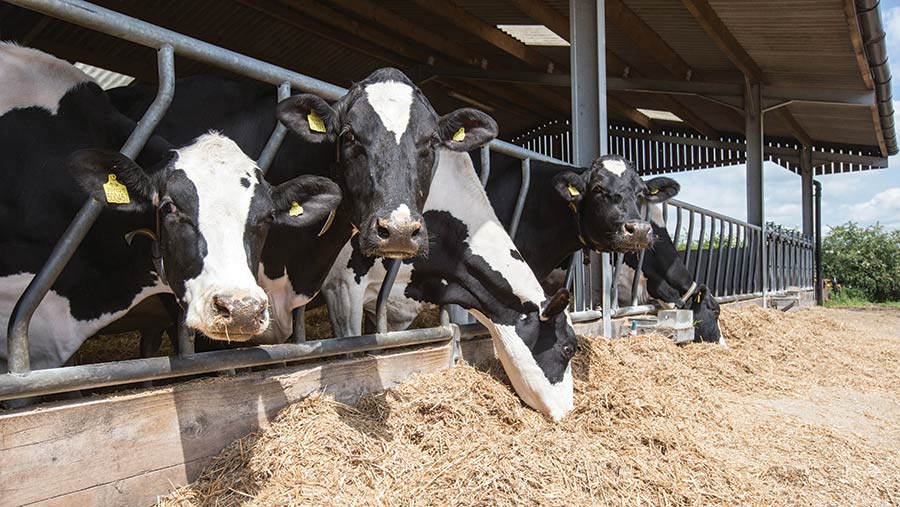 The study, which took place at the University of Illinois, examined feeding dry cows differing amounts of calcium or no calcium.

How the study worked

A group of 76 Holsteins was split into three and fed:

The cows were fed these diets 28 days before calving until 30 days after calving, when the animals moved on to a common diet until pregnancy checks at 72 days in milk.

Blood tests were carried out, along with metricheck scores to evaluate vaginal discharge for the presence of purulent material – indicating uterine disease. Uterine swabs were also taken to identify infection.

What the results showed

Cows on the higher calcium diet probably had a healthier uterine environment due to enhanced immune response to parturition and an alleviation of oxidative stress.

He recommends farmers use a negative DCAD strategy with a higher concentration of calcium in the diet (1.5-2% of DM).

This is because cows that were fed negative DCAD diets suffered from increased calcium excretion and, therefore, performed very poorly without extra calcium.

In the study, calcium carbonate – otherwise known as limestone – was used.

“But if there are better sources available, I encourage farmers to discuss them with their nutritionists and veterinarians as they may need to be used in a smaller amount,” said Prof Cardoso.