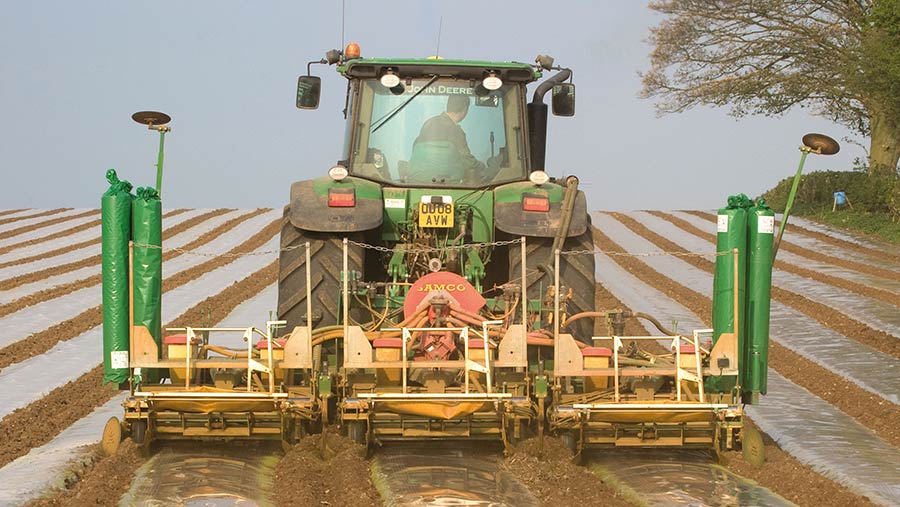 Growing maize under film could increase profit margins by more than £3,000/ha by improving the quality of the crop and increasing milk output.

Trial sites run by crop production specialist Hutchinsons last year found a 4.4t/ha difference in dry matter (DM) and a metabolisable energy (ME) difference of 0.6 between the early-maturing maize variety grown in the open and under film.

This is supported by research by Teagasc, which indicates that growing maize under film can yield an extra 3t DM/ha and a 6-10% starch advantage over sowing the crop conventionally.

Jim Clark, an agronomist at Hutchinsons, says farmers should not get hung up on fresh weight tonnage, but should focus on the feed value including dry matter and starch level.

Increasingly growers are using film as an insurance policy, he says, as it almost guarantees they will get a half-decent crop, regardless of the weather and even in less favourable areas of the UK.

“When growing in the open it is a bit like buying a lottery ticket as the grower is so reliant on the weather,” he says.

“Growing under film is the equivalent of starting plants off in a greenhouse. It accelerates the growth at the start, which can bring forward the harvest date, thereby improving the consistency and yield of the maize.

“It can be used as a management tool, to help protect the soil as crops are chopped earlier and in better weather conditions.”

Traditionally, film was used in marginal growing areas such as the North and West where temperatures and sunlight are less favourable.

However, now growers right across the country are using film to:

Not all varieties like film, depending on growing characteristics. This is something you should speak to your agronomist about and check whether the variety is suitable for growing under film in your area.

When choosing a variety, it is important to consider drilling dates, soil conditions and required harvest date.

Most maize establishment under film normally takes place from mid-April to mid-May, but you can plant as early as 1 April when conditions are right.

Avoid extreme weather conditions as that can cause the seed to rot or fail to germinate.

Seedbed preparation is vital, as maize will not grow well in compacted soil. About 55% of yield is down to soil structure and drilling, so if you get that wrong you will limit the ability of your crop to grow.

Where film is being used most fields are ploughed and then worked with a power harrow to create a firm seed-bed before drilling. An alternative strip-till drill using film is currently being evaluated.

Soil testing is also required to work out the phosphate and potash requirements. Maize is a hungry crop and grows best when soil conditions are:

The seed should be sown to a depth of about 4cm (1.5in). When growing maize under film, a specialist three-in-one-machine is usually used to sow the seed, spray the soil with pre-emergence herbicide, and lay a thin layer of biodegradable film.

Most sprays for maize under film tend to be pendimethalin-based and last three to five weeks. For this reason, there needs to be sufficient moisture under the film for them to work effectively.

The film usually lasts between five to seven weeks before the maize starts to break through. After this happens, a post-emergence spray can be applied to control any late germinating weeds.

Most fields require a post-emergence herbicide spray when the crop has three to six leaves to tackle the second flush of weeds and avoid reduced crop yields. 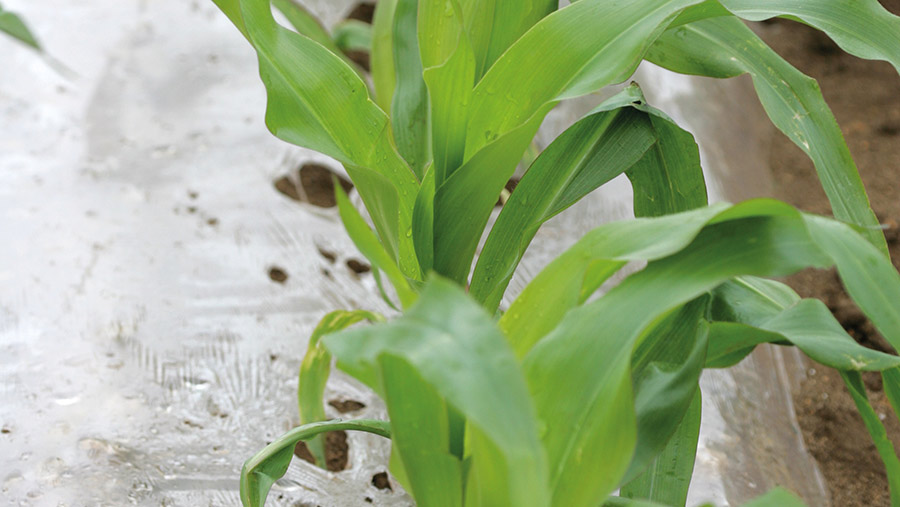 Seed-bed fertilisers/micronutrient fertilisers are important for getting the crop up and away.

Think about potash and phosphate, and even nitrogen. Nitrogen is more likely to be needed later in the season when the crop’s requirement increases. A good way to calculate nutrient requirements is to undertake a proper manure plan and soil nitrogen supply survey. 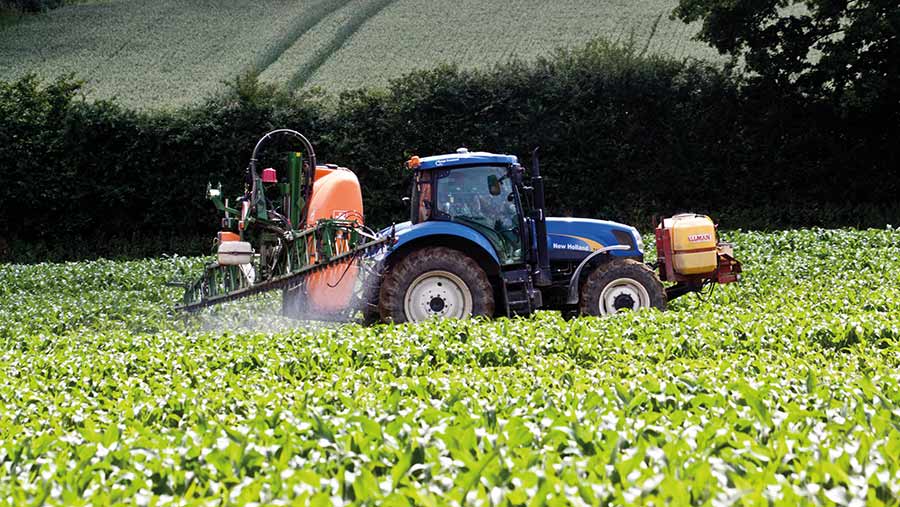 To encourage rapid growth, all the phosphate and up to 10-15kg/ha (8-12 units/acre) of the required nitrogen (N) can be placed below the seed at drilling.

At target index the phosphate requirement for maize is 55kg/ha, the potash 175kg/ha and nitrogen 50kg/ha.

The remainder of N can be top-dressed, preferably with slow-release liquid nitrogen just before tasselling.

Cost of growing maize under film

It costs about £259/ha (£105/acre) more to establish maize under film. Additional costs are made up of the film, which costs about £232/ha (£94/acre), and slightly increased contractor costs for sowing.

However, these are normally outweighed by the benefits of using film, especially in less favoured areas or where the film is being used as a management tool.