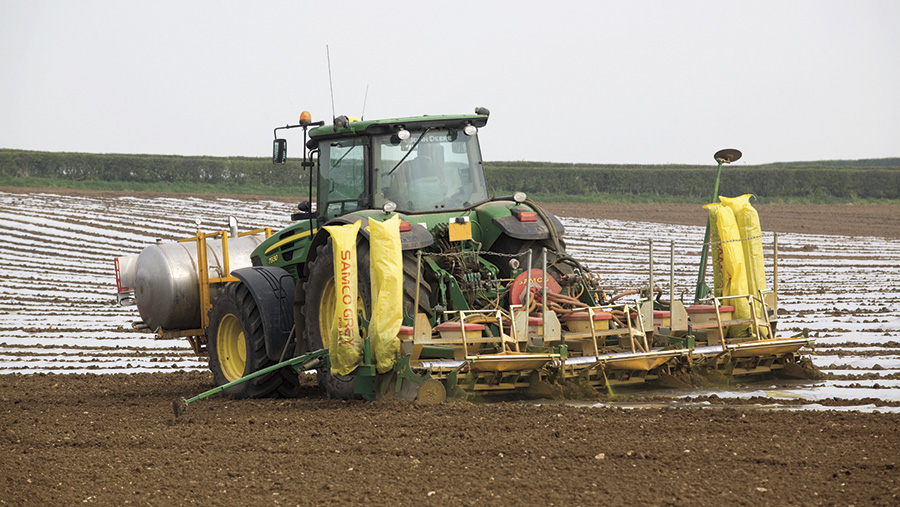 “The soil is nice and warm, most have had some welcome rain, and sown seed will quickly germinate and establish – using remaining nutrients from manures, stabilising soils and providing useful biomass for grazing or green manuring next spring,” says Mr Groom.

The choice of species to sow depends on what you could do with the fields. Italian ryegrass, Westerwolds and forage rye all offer grazing opportunities in the early spring.

If the field is to be resown with maize or spring corn, you could graze these before grass paddocks since they are going to be ploughed anyway, he suggests.

On less fertile soils, which may have been in an arable rotation, using a cover crop to build organic matter is a good idea, says Mr Groom.

“A mixture of rye and vetch produces loads of organic matter and the vetch will fix nitrogen for following cropping.

“Tillage radish can also be added to help break any pans, but the size of the radish will depend on the autumn weather and how long it can keep growing,” he says.

Following maize harvest, use a tine to remove the harvester and trailer wheelings and then drill your cover crop seeds in, he advises.

If you are spinning the seed on, do so before cultivating the wheelings out.

Toby Tibbenham, who samples for Farmers Weekly in East Anglia, reports his crops on heavier soils are ready to harvest.

“Neighbours on sandy soils cut 10 days ago, but our more bodied soils have kept green and look good.”

Robert Parker in Derbyshire is also close to harvest.

“Light soils and protected fields will be chopped early next week, while later drillings and heavier soils still need another week.

“It’s a long while since maize was ready in September and it makes our job easier with more daylight hours and easier working in the field,” says Mr Parker.

The early maize harvest also allows more time for maize to ferment in the clamp before being fed, adds Mr Groom.

“The longer the silage is left before feeding the more accessible the starch becomes and more milk and meat produced.

“That’s why dairy farmers always say there is more milk in maize after Christmas.”

Any remaining maize silage from 2015 harvest should be removed and reclamped rather than being buried in the back of the clamp as the new crop comes in.