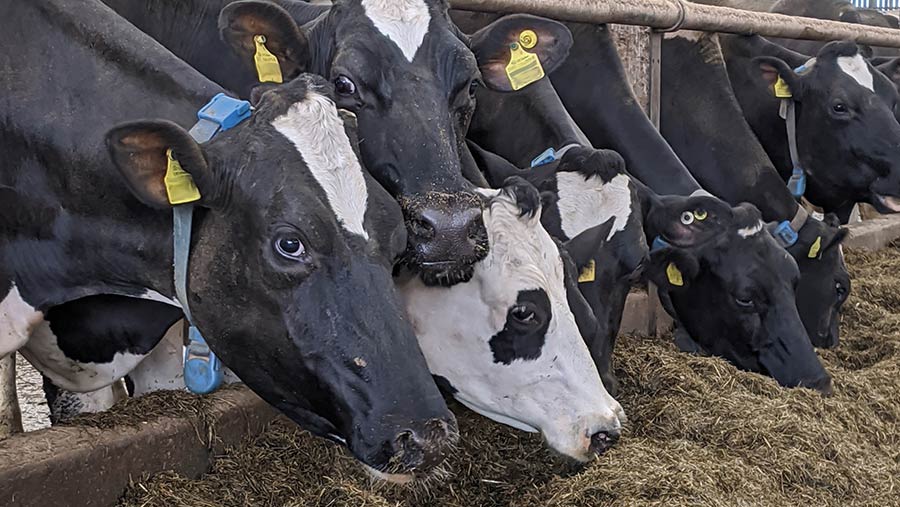 Aberystwyth University’s farm manager Stephen Jones has increased pregnancy rates from 20.8% to 31.5% by improving forage quality and dry matter (DM) intakes. At the same time, he has reduced concentrate fed.

When Mr Jones took over running the Trawscoed herd in 2018, the farm’s all-year-round calving 400 Holsteins were facing significant fertility challenges. 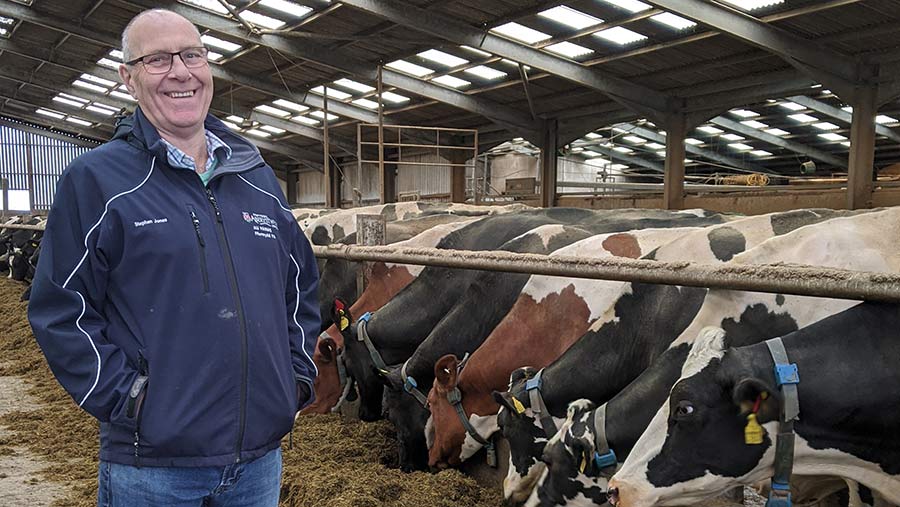 However, within just two years, Mr Jones has turned things around. He has increased average conception rates to 55% and fertility now only accounts for just 10% of cull cows. Furthermore, calf values have improved by £140 a head.

One of the biggest factors in his success has been changing the herd’s nutrition with the help of independent ruminant nutritionist Hefin Richards.

Poor forage quality was the main limiting factor in the milkers’ total mixed ration (TMR) and he was heavily reliant on using elevated levels of concentrate to close the energy gap.

Grass leys for silage production were very mature and had been managed with little analysis work. Soil tests revealed low pH and nutrient indices. In response, he tailored lime, fertiliser and organic matter applications and reseeded about 50ha (20 acres) with Aber perennial ryegrasses and red clover.

Crimped grain produced from home-grown barley has been introduced to the TMR, which has allowed Mr Jones to reduce the amount of concentrate fed from 7.25kg a head a day to 3.25kg, contributing a total feed cost saving of 0.5p/litre/day.

“Crimping the grain reduces its impact on rumen pH, lessening the risk of sub-clinical acidosis, which can have a big effect on fertility and the utilisation of nutrients from the diet,” explains Mr Jones.

To further improve rumen health and provide structural fibre, he has added chopped straw to the ration.

These changes have boosted DM intakes from 19.5kg to 21.1kg a head a day, and improved body condition uniformity at drying off.

The target is to dry cows off at a body condition scoring (BCS) of 2.75. “This makes the cow easier to manage through the transition period,” explains Mr Jones. “Negative energy balance is no longer prolonged – cows are ovulating and performing under less feed pressure, and are more receptive at service with sexed semen.”

All breeding is through artificial insemination (AI) and carried out by the farm’s AI technician.

“We wanted to target heifer replacement breeding and beef on dairy to increase surplus calf value,” he explains.

Using sexed semen to fulfil replacement requirements, he now AIs lower genetic merit cows with a Fertility-plus Aberdeen Angus. This produces a beef calf worth an average of £140 more than dairy-bred calves. “There is about £8 difference between conventional and sexed semen straws. However, that’s trivial when you look at the potential gains per calf.”

Fresh cows are now grouped up to 150 days post-calving for easier identification and feeding, and then moved to another group. Heifers are grouped separately. “It makes management much easier and less stressful for stock and technician,” he says.

To further improve genetic gain and replacement efficiency, Mr Jones is introducing genomic testing of heifers at birth. “Rearing costs are around £1,900 a head – identifying the best heifers would enable us to tailor calf management and reduce costs,” he explains.

Nutrition is one of the fundamental components of a healthy, reproductive animal. Hefin Richards of Rumenation Nutrition Consultancy offers his top tips.

Diet formulation and practical feeding
Formulate diets to meet nutritional requirements at different production stages, according to the availability and composition of home-grown and purchased feeds, including mineral and vitamin supplementation.

Calibrate feed and mixer wagons and manage feed and drinker space to allow less dominant cows access. Cows should have 10cm of linear drinking space each. Milking cows require at least 50cm of eating space each, with close-up and early lactation cows needing double that.

Energy
Energy is usually the first limiting factor for fertility. The late lactation period is the best time to control body condition and dry off at 3-3.25 BCS. A lactating Holstein requires around 80-85MJ of metabolisable energy (ME)/day for maintenance, with additional MJ/litre of milk.

This is usually achieved by feeding less leafy forage and more structural fibre like chopped straw. Have forage analysed to understand energy and protein balance.