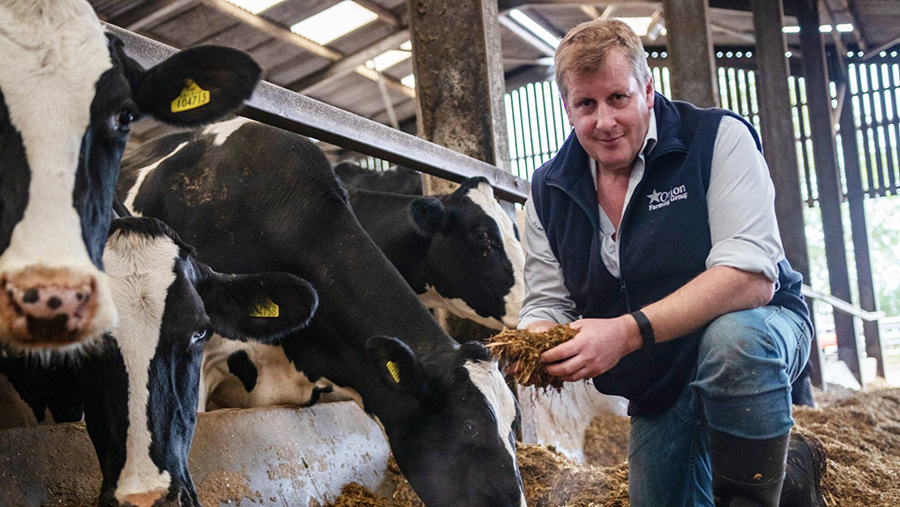 Buckinghamshire dairy farmer Richard West has reduced the amount of soya bean meal fed to his herd by two-thirds.

Historically, soya bean meal was the main source of protein in Mr West’s cow diet, alongside rape and wheat distillers grain from the Vivergo bioethanol plant.

After the closure of the plant a year ago, higher levels of rape and soya bean meal were fed to balance cereal products and lower protein forages, and some milk contracts have already prevented the inclusion of soya.

All farmers are coming under increasing pressure to reduce their soya, which is imported from tropical countries like Brazil and Argentina, and is synonymous with deforestation and high greenhouse gas emissions.

Although soya bean meal is high in energy and protein, Mr West from Stocken Farm, Lacey Green, near Princes Risborough, wanted to reduce his reliance on this imported feed to improve the sustainability of his business.

His nutritionist, Hefin Richards, of Rumenation Nutrition Consultancy, advocated the UK manufactured rumen-protected rapeseed expeller, NovaPro. It met all the Mr West’s requirements because it is a reliable source of bypass protein, based on UK-produced rape and manufactured at a single site within a relatively short haulage distance from Stocken Farm.

Last autumn, soya bean meal was included in the ration at a rate of 1.5kg a cow a day, but by incorporating 2.25kg of NovaPro and 2.75kg of conventional rapeseed meal, that level has now been reduced to 0.5kg.

“Reformulating the ration has had no negative impact on milk yields,” he adds. “Yields for the early and mid-lactation groups are similar to last August, if anything slightly higher.”

The aim is to remove soya bean meal completely once purchased stocks have been depleted.

Mr West is also growing lucerne on his lighter land, as a source of home-grown protein to help achieve this.

His purchased feeds are sourced through the Orion Farming Group and – provided NovaPro remains competitively priced against soya – it will continue to feature as a full replacement in the herd ration.

While soya bean meal is a good source of lysine, it is low in methionine; NovaPro claims to have a better amino acid profile in terms of meeting the requirements for milk production.

Mr Richards says protein levels in the ration at Stocken Farm may be reduced further in the future and replaced with protected amino acids, to meet requirements more closely.

“Some milk contracts already preclude specific feed ingredients including soya, so developing and evaluating alternatives is essential,” he suggests.

A large proportion of Mr West’s cows calve in the summer and early autumn. The diet of the main milkers is typically 50-55% forage, depending on availability and quality.

Only the mid- and late-lactation cows graze grass, but there is to be increased reliance on grazing for these groups in the spring and early summer when the milk price is lower.

Pressure from UK milk processors and retailers could lead to imported soya bean meal no longer being included as a rumen-bypass protein in dairy cow diets within three years.

As chief executive of Yelo, a manufacturer of rapeseed protected protein, Kevin Ball has a vested interest in making that prediction, but with a proven alternative available from UK-grown rapeseed, he reckons there will be a shift away from soya.

Of the 2,500t soya bean meal imported into the UK annually, 10% is fed to dairy cows; the other 90% is used by the pig and poultry industries. 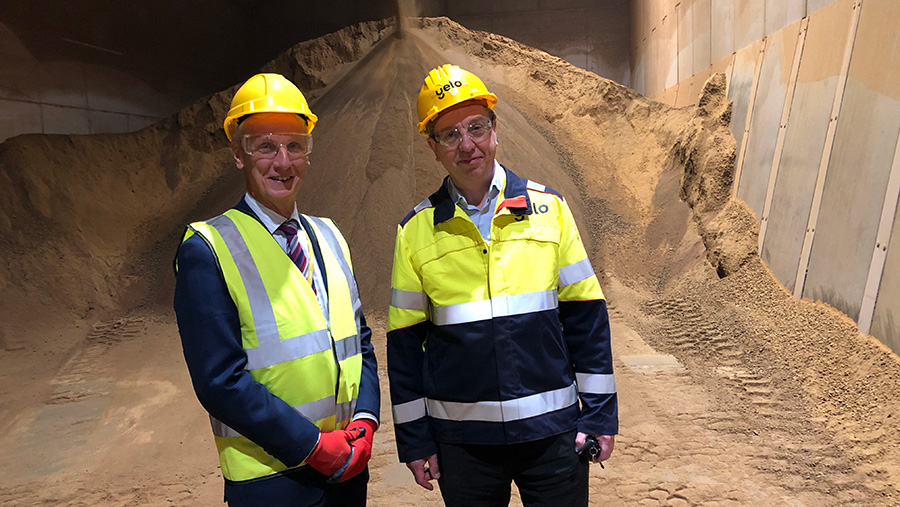 “If we could convince the UK dairy industry to feed protein produced from rapeseed, we could reduce the UK’s consumption of soya by 10%,” says Mr Ball. “We are saying to dairy farmers, give it a try.”

He calculates less than 20% of the UK’s entire rapeseed crop is needed, to replace all the soya bean meal currently used by the dairy industry.

Mr Ball says it is cheaper than soya bean meal too – quoting current prices, he says it costs around £250/t delivered to the farm compared to £300/t for soya bean meal.

Yelo is one of three manufacturers of rumen-protected rapeseed expeller in the UK, but is the only one which sources entirely from UK growers.

The mill extracts the oil from crushed seed using a mechanical process, rather than the traditional chemical extraction using solvents.

Soya bean meal has been favoured by dairy nutritionists, because it has a higher digestible undegraded protein (DUP) than rapeseed, but the launch of NovaPro challenges that and provides a viable alternative, says Mr Ball. 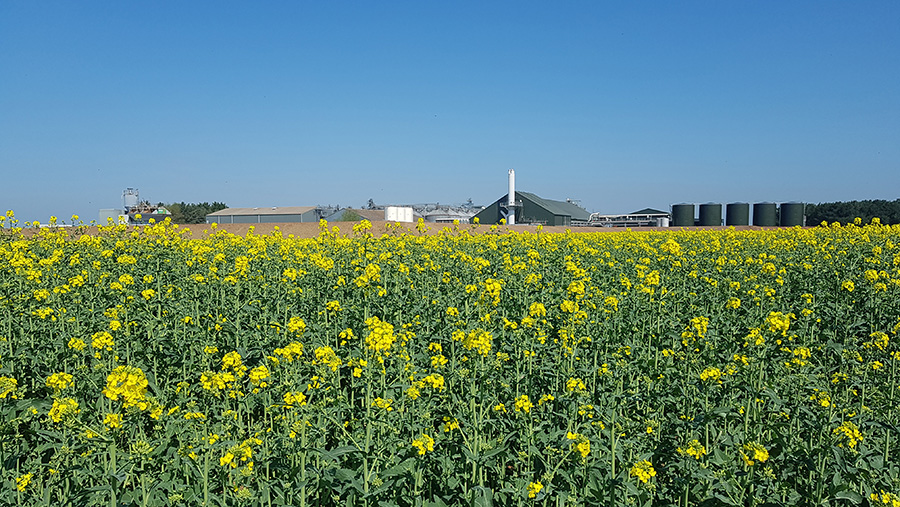 NovaPro is produced at Yelo’s purpose-built plant near Stratford-upon-Avon, from rapeseed which has been heat-treated with xylose to protect the protein from rumen degradation. The company also produces a standard expeller cake.

It is sold to farmers through companies in the AB Connect Group, including KW and Trident.

Dr Michael Marsden, head of innovation at AB Connect, says it is time to dispel the myth that soya is the gold standard for the dairy cow.

Trials at the University of Nottingham have shown cows fed rapeseed-based alternatives, instead of soya bean meal can produce higher yields.

“Dairy doesn’t need soya,” Dr Marsden insists. “I firmly believe that rumen-protected rapeseed can reduce or eliminate the use of soya in dairy, and also the small amount that is used in beef and sheep too.”

Each diet was fed for 28 days, during which time all cows had open access to the university’s robotic milking system.

Both rations were formulated to support maintenance plus 32 litres/day, and based on the same mix of grass, maize and whole crop silages.

Other ingredients were adjusted to ensure an equivalent supply of metabolisable energy and protein, with production above 32 litres/day supported by additional concentrate fed during milking at a rate of 0.45kg freshweight (FW)/litre.

The control diet included soya bean meal (2.5kg FW a cow) as the main source of DUP, while the test diet used 3.0kg FW a cow of NovaPro.