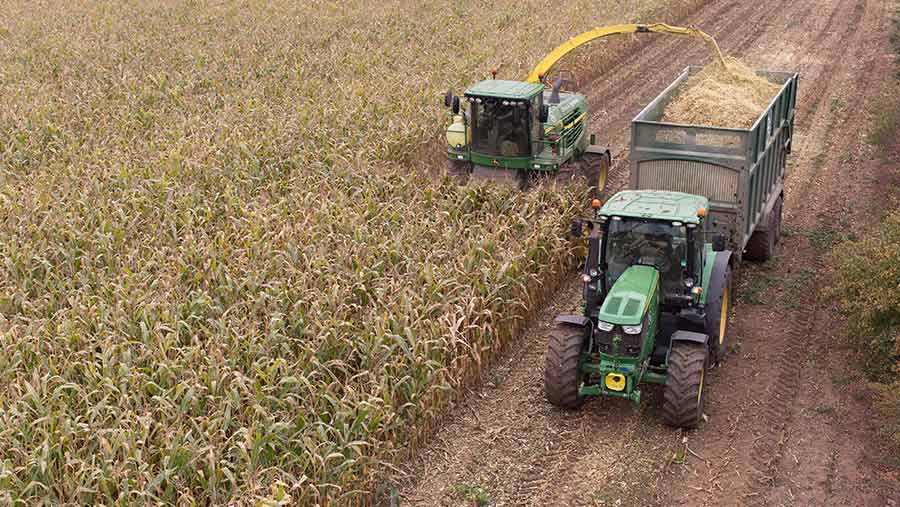 Regular forage analysis and ration tweaks will be essential this winter after contrasting maize harvest conditions led to a wide variation in silage quality.

Many crops matured early in the dry, hot summer and were harvested in September, according to Liz Homer of Trouw Nutrition’s technical analysis department.

See also: Why drilling maize deeper and later could be future trend

But other farms were less fortunate and were caught by a wet start to October, resulting in some very mature crops put into clamps, Dr Homer said.

Results from the first 900 samples analysed by the company were likely to be from earlier harvested crops and had shown similar average dry matter levels to last year at 32.1%.

However, there is a considerable range:

But Dr Homer warned that it was probable late harvested crops would have lower digestibility than those taken in good time, presenting different feeding challenges.

“It will be crucial to get clamps analysed throughout the season so nutritionists know the quality of the forage available, to ensure diets are correctly balanced.”

Consideration would also need to be given to the balance of forages in the diet, she added.

If maize was fed with lower-digestibility grass silages, then cereals may be needed to promote good rumen function, she explained.

If these were fed with low-starch maize silage then supplementation with both cereals and additional protein would be needed, Dr Homer concluded.