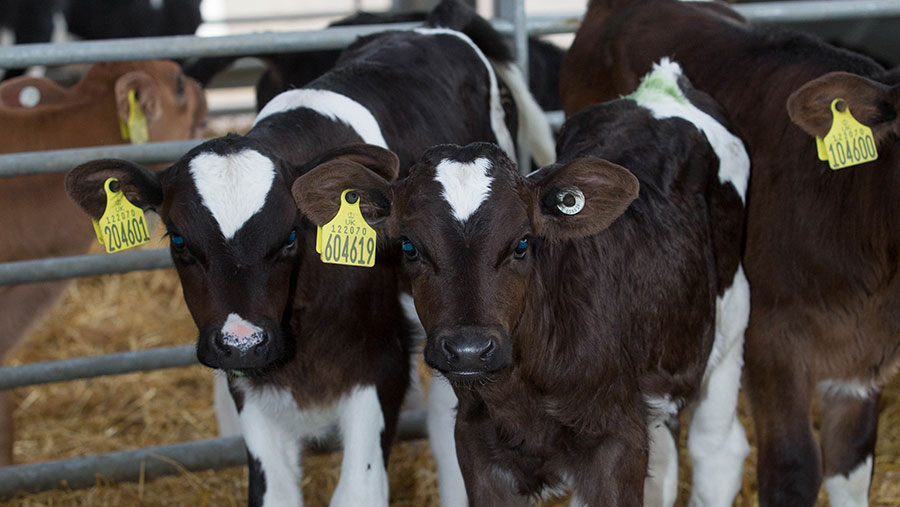 Pair housing calves before weaning can help them adapt better to different situations as they mature, leading to improved concentrate intakes and higher growth compared with those housed alone.

Professor Trevor DeVries of the University of Guelph in Ontario, Canada, explained that his research – together with that of Dr Marina von Keyserlingk of the University of British Columbia – was some of the “latest scientific evidence” cited by Tesco last year as the reason for banning its suppliers from individually housing calves pre-weaning.

Speaking at the Total Dairy Seminar in Stratford-upon-Avon last week (19 June), Prof DeVries referenced other studies where pair-housed calves were found to eat more during weaning and thus experienced less of a growth check at this stressful time.

Pair-housed calves achieved average weight gains of 0.7kg/day at weaning, versus 0.4kg/day in those individually housed.

His research also looked at the cognitive learning of calves in both housing set-ups. Calves were trained to touch a screen.

However, when the colours were swapped over, significant differences emerged.

“Cognitively, they couldn’t turn it around,” Prof DeVries said. “There’s something different in the development of these animals – possibly brain development differences.”

This suggested that animals that were pair-housed before weaning were better able to adapt and learn later on, which could be beneficial in the longer term.

For example, calves that were pair-housed were more open to eating novel foods that they hadn’t seen before. They also developed healthier eating patterns after weaning, eating more regularly.

This behaviour persisted to the end of the 12-week trial, suggesting this could carry on over time, which could benefit rumen health and performance.

In conclusion, Dr von Keyserlingk urged producers to pair-house calves as soon as possible after birth. “But you’ve got to work with what works best on your farm,” she said.

“Get the colostrum into them, make sure that they’re drinking well from the nipple, and then we dehorn in that first three to four days, and then we like to pair no later than day five.”