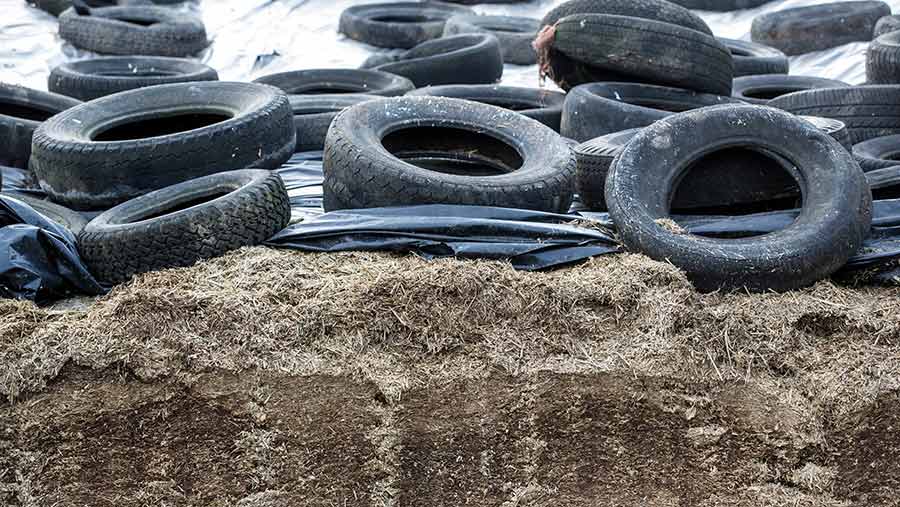 Protein is down on the year slightly, according to the analysis of 6,495 first- and second-cut silage samples by Trouw Nutrition GB.

“Farmers who managed to get on early and had little disruption from weather, by timing it right through good planning and a bit of luck, had excellent first cuts. Later first cuts have slightly higher NDF (neutral detergent fibre) and lignin, but lower crude protein and are generally drier crops,” she says.

“Although the averages don’t look too different, quality is much more variable in later first cuts.”

See also: How to profit from a forage-based dairy-beef system

Independent nutritionist Hefin Richards says variability across the country, and between farms, highlights the importance of assessing forage at individual farm level and working out how to utilise and maximise the silage available.

“On the whole, it has been a fantastic season and most people have enough good quality silage for the winter. There was a lot of concern at the end of May/early June when it was really dry, but luckily it rained and everything grew again,” he says.

“Anybody that hadn’t harvested before then may have seen some deterioration, but most had got first cut or two cuts in before that.

With silage analysis results showing protein is generally lower this year, farmers may need to look at the best available sources of protein for winter feeding.

One potential cause of the lower protein silages is the extended periods of rainfall and drought this year, which both hampered grass growth and had a big impact on cutting windows, nitrogen application timings and nitrogen uptake by plants, Dr Homer says.

“Where we have a drive within the industry for lower protein, we really need to think about the sources of protein to make sure we’re not hindering the animals.”

Once farmers have analysis results of their own silage, Dr Homer says it would be key to look at nutrients, rather than just the ingredients labels, and ask questions about how that protein source would complement their own silage.

Mr Richards says while protein is expensive relative to energy feeds, it should be fairly straightforward to achieve a balance.

Cost-effective solutions will be possible such as feeding a combination of cuts together, increasing the base level of the compound fed, including slightly more rapemeal or a higher protein blend.

Breaking the results down into regions revealed slightly different results:

NOTE: NFEPB = the difference between the available rumen-degradable protein and the rumen-degradable protein required for maximum microbial protein synthesis, based on the available amount of fermentable carbohydrates. If the NFEPB figure is positive, the diet is high in protein; if NFEPB is negative, the diet is high in fermentable carbohydrate.

Other highlights from the analysis results