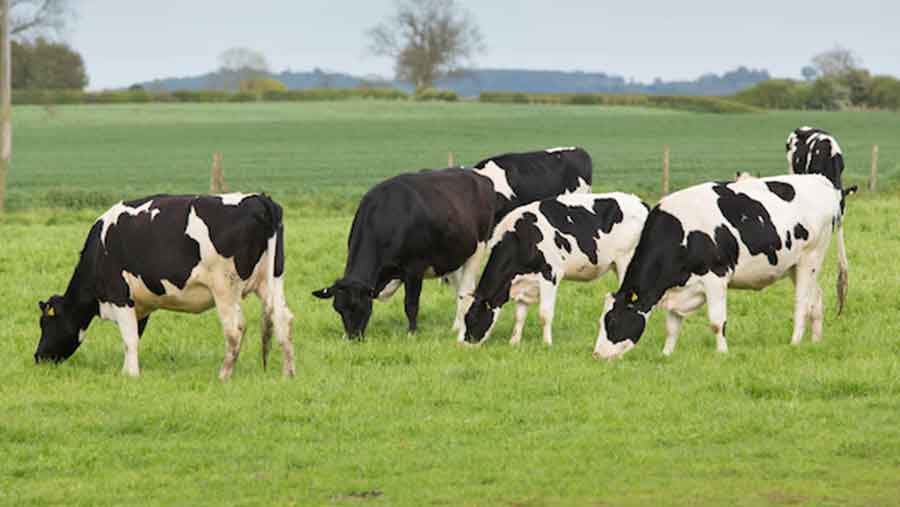 Regular weighing and appropriate supplementation will be necessary this autumn to help underweight heifers get back on track.

That’s according to AHDB Dairy, which says a fall in grazing quality has taken its toll on heifer growth rates.

On Peter Hunt’s farm in Sherborne, Dorset – one of 13 farms monitored under the AHDB Dairy Calf to Calving (C2C) initiative – a sample of 11- to 13-month-old, grazed heifers were recently found to be around 50kg behind a target weight of 330kg.

For them to calve at 24 months and hit 90% mature weight at calving, they will need to gain 860g a day – which AHDB Dairy says can only be achieved through supplementation.

If left unaddressed, heifers may calve later at a cost of £2.87 a head for every day over 24 months, it says.

A similar drop in growth was recorded across the C2C initiative, with 54% of heifers weighed on seven farms found too be below target weight.

Andy Dodd, technical manager at AHDB Dairy, says this correlates with the fall in quality of mid-summer grass, which has analysed at around 11.5ME – down from the usual 12-12.5ME.

“The heifers that have reduced growth rates are generally the ones that have been grazing,” says Mr Dodd.

“That’s largely due to the fact grass ME is down by about half a point which obviously impacts on growth.”

Therefore, he says, it is key to weigh heifers – using weigh bars or a weigh band – to identify lighter animals, which will require supplementation with quality silage or about 1.5-2kg of concentrate a head.

Monitoring will also help to determine if and when heifers will hit key milestones, Mr Dodds adds.

“For example, for heifers to reach puberty they need to be 50% of their mature weight. This target needs to be reached around 12 months of age to allow them to have several cycles before being served to maximise first service conception rates,” he says.