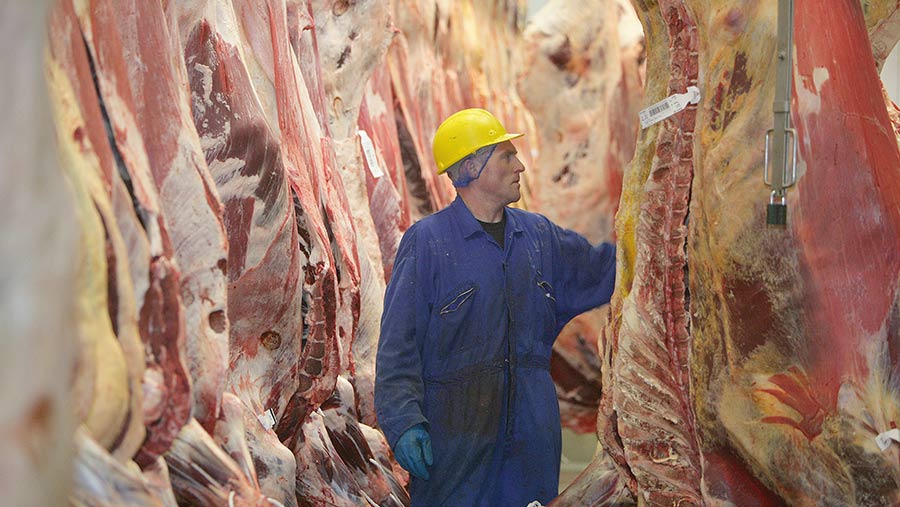 Speaking at the Nuffield conference in Kenilworth, Ms Mitchell called for quality measures to be added the current Europ grid system.

By measuring and rewarding colour, pH and intramuscular fat (IMF), she said the UK could develop a carcass grading system that made for a more consistent consumer eating experience by ensuring tenderness, succulence and flavour.

See also: Opinion: Losing the Europ system for beef is a Brexit benefit

Comparison with other countries

A Nuffield scholarship tour of France, Germany, America, Japan, Australia, Italy, Ireland, Spain and the UK revealed just how basic the Europ grid is compared to systems in some other countries.

“If aspects of the Meat Standards Australia were combined with the USDA system it would result in the most comprehensive and robust system,” Mrs Mitchell concluded.

Suggesting possible quality measures to add to the Europ grid, he added: “Farmers could be rewarded for animals that were in specification, breed specific, for genetic tenderness markers and named sires.

“We could, in principle, abolish the EU grid post-Brexit, but there would need to be something to take its place if the market were to continue to operate with transparency across the sector.”

Ways you can help meat quality

Meat eating quality on farm is complicated, with breed and genetics; handling and stress; sex, feed, age, growth rate and carcass fat cover all having an effect.

Here are some guidelines from AHDB on producing meat with good eating quality.

Age and growth rate
• Males kept entire can have tainted meat. Optimise eating quality by limiting bull age to a maximum of 15 months, a heifer at 30 months and a ram lamb by five months.
• Faster growth rates mean younger age at slaughter. Young meat can be dry because it hasn’t had time to lay down IMF, while meat that is old can be tough because it has more connective tissue. Older lambs can be tougher and research has shown a decline in tenderness.

Handling and stress
• Ensure no bruising occurs, be mindful of stocking densities and journey times.
• Cattle should be taken to clean, dry lairages and moved in vehicles that have partitions to restrict movement.
• Avoid reflective/shiny objects in the path of cattle.
• Avoid slippery floors and make sure ramps are gradual and walls are smooth.
• With lambs, don’t move them by grabbing wool, and don’t let them trample over each other in races or in transport.

Breed and genetics
• Certain breeds can produce a more highly marbled carcass that provides a good experience if finished well. Generally, this has a small impact on eating quality.
• Selecting breeding stock with estimated breeding values for IMF could help eating quality. 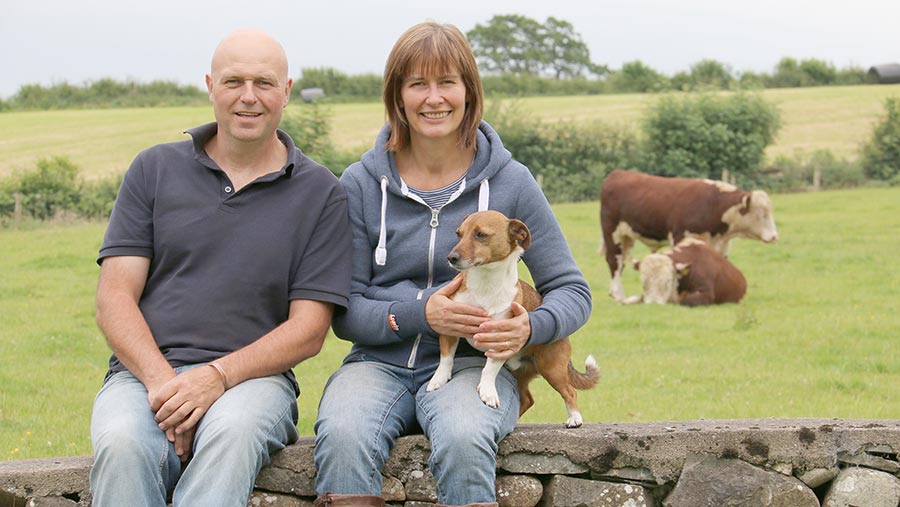 “Being rewarded for the quality of the meat on the carcass is a great idea, but I don’t think there is sufficient interest from the beef processors,” says David.

“Our system is grass-based, natural, low stress and uses native breeds, so it should produce beef that has optimal pH, colour and marbling if it was measured at the abattoir.

“We are using EBVs to breed more marbling into the cattle when we use bulls from Australia by using genetics with high intramuscular fat.

Nuffield scholar Maggie says: “We are currently looking into retailing beef directly, so we will create our own premium ourselves. With the interest in environmentalism and carbon sequestration, we feel our production system also ticks that box, too.” 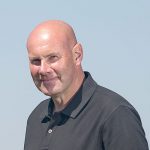 “I think as farmers we are sometimes concentrating on production, rather than quality.

“We are currently striving to get animals as heavy as we can, be that to a maximum of 22kg for a lamb or 400-420 kg for a beef animal which is because if we finish them well then the Europ grid rewards us.”

“I think I’d rather produce a heavier 22kg lamb at 3L/3H than a 17kg lamb at a fat class of 2, both for money and eating quality.

“The current system is subjective/opinion based. We need a consistent system which is fair and gives the same classification at any time of day in any plant in the UK.”

Selling up to 10 pigs a week direct to the customer through the farm’s own butchery business – East Riding Country Pork.

“We get given a 5p/kg premium for producing genetics that are considered better tasting, which is why we use Hampshire boars over the JSR 9T sows we have.

“The premium is great, but one concern is that, as genetics improve in the commercial crossbred boars, we might see genetics lag behind in the Hampshire and we might see production plateau if we are focused on one breed.

“They’ve done taste testing and the IMF of the Hampshire. They are trying to differentiate the meat on taste rather than production systems. Price is king, but taste is very important to the consumer.

“We have known for years that our pork tasted good, which is why we set up our butcher shop 20 years ago. We get repeat custom and repeat compliments. This is because we have control of the whole system.

“What we need is more feedback from the abattoir on why pigs are condemned, so the producer can then do something about it.”