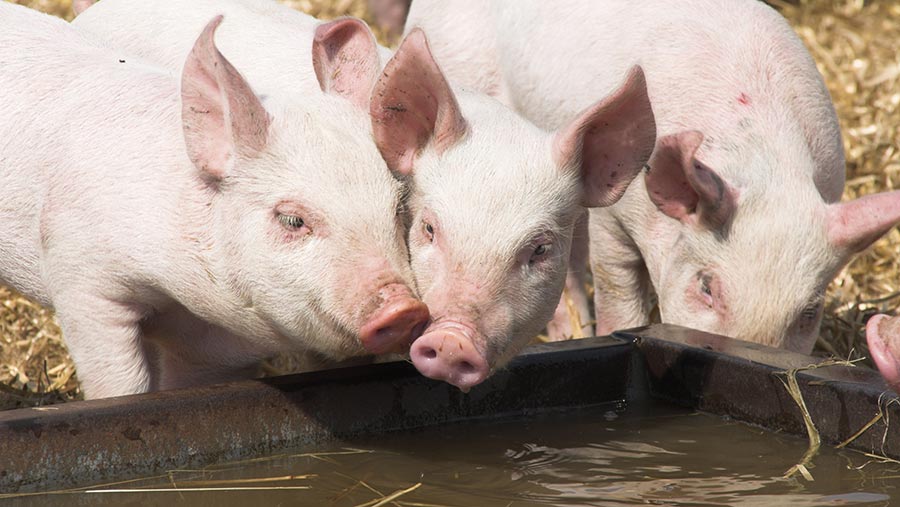 Pig tail docking is still routine practice in many European countries, according to a new study.

Researchers at the Federation of Veterinarians of Europe (FVE), the European Association of Porcine Management (EAPHM) and the European Commission carried out an online survey to investigate the situation.

For the UK, the researchers found that 84% of pigs are routinely tail docked. The National Pig Association (NPA) says its latest research, in association with Red Tractor, found that 75% of UK pig farms still carry out pig tail docking.

Pig tail docking involves the cutting, clipping or cauterising part of the tail in newborn piglets, which is performed in the first week after birth to reduce tail biting among other pigs in later life.

However, European legislation dictates that pig tail docking is not allowed to be performed routinely.

The Welfare of Farmed Animals (England) regulations 2003 states that pig tail docking must not be carried out routinely, but “only where there is evidence that injuries to sows’ teats or to other pigs’ ears or tails have occurred”.

It adds: “If docking of tails is carried out after the seventh day of life it shall only be performed under anaesthetic and additional prolonged analgesia by a veterinary surgeon.”

According to the study authors, reducing tail docking has the potential to improve animal welfare, by avoiding the pain and risk of subsequent infections. They say countries should work together with farmers and vets to implement action plans aimed at ending pig tail docking.

To prevent tail biting, which is associated with stress and frustration in pigs, the surveyed vets underlined the need for pigs to have access to water, feed and “enrichment materials” such as straw, toys or chains.

The survey found that 91.75% of pigs have access to enrichment materials in the UK. This compares favourably with an EU average of 67%.

More research and funding from the UK government, in partnership with farmers and vets, is necessary to develop a deeper understanding of the subject, she added.

“We still see a lot of tail biting in free-range pig farming systems, it’s not just a vagary of an intensive farming system, as some believe,” said Dr Davies.

“It’s triggered when something happens in a pig environment, which can change behaviour – even a change in the wind direction can trigger a biting outbreak.”

Under the Tail Docking Action Plan, the NPA is working with industry stakeholders, including Red Tractor and the government, to identify farming systems and case studies of pig farms that don’t routinely carry out tail docking of pigs, but have no real issues with biting.

Defra and the Animal and Plant Health Agency (APHA) are taking a tougher stance on pig tail docking.

A Defra spokesperson said: “Routine tail docking is not permitted by law. Pig farmers need to demonstrate at inspections that tail docking has been used as a last resort after taking the necessary steps, as described in the current welfare code, to reduce the risks of tail biting.

“This includes actions to improve the pigs’ environment and their management. We want full compliance.”