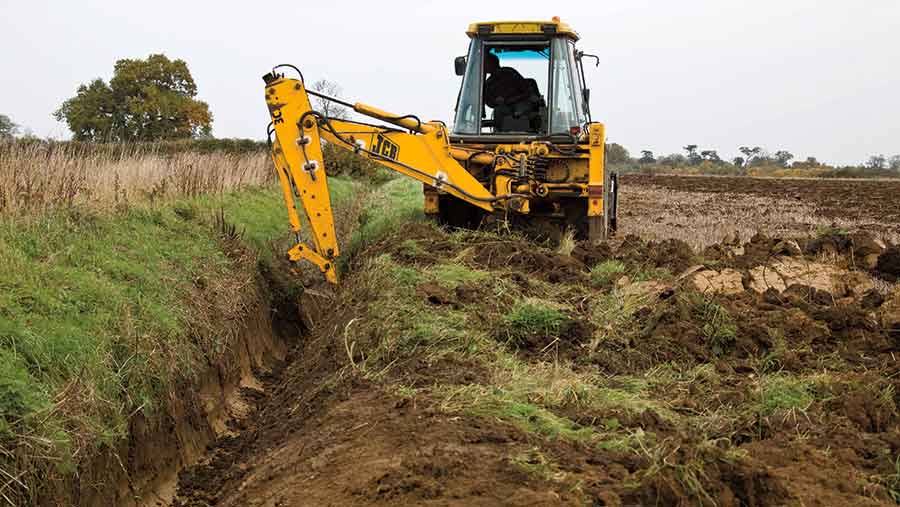 Understanding the risk of producing pigs outdoors in protected drinking water zones is key to safeguarding not only the quality of drinking water, but the future of outdoor pig production.

Drinking water sources, such as boreholes, have the potential to be contaminated with silt, faecal contaminants, nitrates and phosphates if sites for outdoor pig production are not managed correctly, says AHDB Pork.

However, outdoor pig producers are largely unaware of the risks of establishing a unit on rented ground within Drinking Water Protected Area Safeguard Zones (DrWPAs) and Groundwater Water Safeguard Zones (SPZs), it says.

Recently, AHDB Pork held a meeting in Swaffham, Norfolk, in partnership with Anglian Water, bringing together outdoor pig producers and industry stakeholders to discuss the safeguarding of drinking water quality.

Among those in attendance was AHDB Pork board member, Simon Watchorn, who runs a 600-sow outdoor, breed-to-finish unit on about 30ha of tenanted land near Bungay, Norfolk.

Mr Watchorn says the meeting was an “eye-opener” for him and other producers. 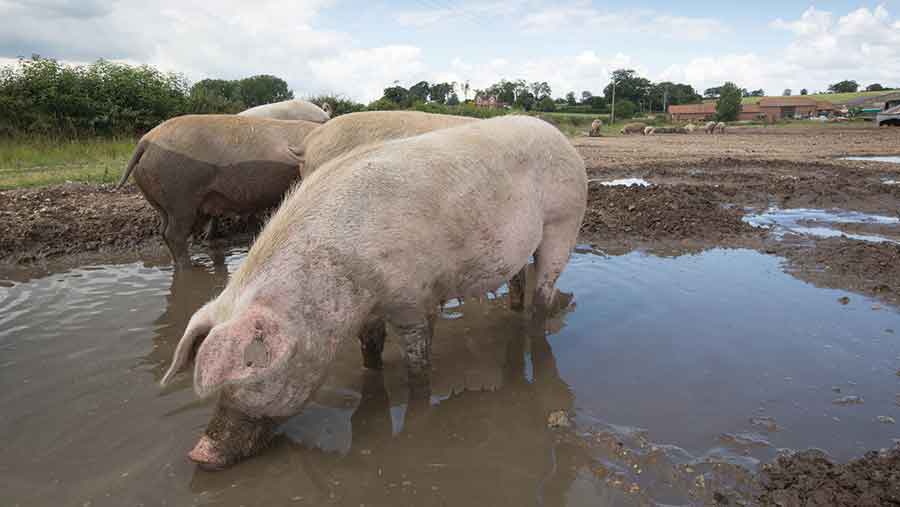 Sue Rabbich, environment and building projects manager at AHDB Pork, says many of those in attendance simply did not know what drinking water protection zones were.

“What’s important is making them aware there are these protection zones,” she says. “Then they’ll start thinking more about where they’re siting these production areas.

While there are no reported cases of outdoor pig producers contaminating drinking water sources, Ms Rabbich says it is better to be “proactive, rather than reactive”.

“If they’re found to be polluting boreholes, they can be shut down.

Ms Rabbich say it is also important that landowners understand the risks, too.

Mr Watchorn, who has since ascertained his unit does not lie in a protected drinking water zone, agrees.

“The missing part of the jigsaw is the landlords,” he says. “They need to understand what’s underneath their land too and how previous farm practices can cause issues later.

“But you can’t stop them putting pigs in a protected area. So is there an alternative that works for all parties? If not, what can we do to minimise the risk of running an outdoor pig unit in a zone one,” he says.

However, he says it is important landowners are not “frightened off” by the onus on protecting water quality.

For those producers operating in or considering establishing themselves in protected water zones, there are steps they can take minimise risk.

“It is just a case of quantifying it, then deciding what you are going to do to minimise the risk.

See also: Farmers must get ready to apply for water capital grants

“There is absolutely no reason why producing pigs outdoors in zone one areas should be a problem. You just need to understand and think before you make a start.

So how can outdoor pig production safely farm in protected water zones? Mr Watchorn and Ms Rabbich give their top tips.

First, find out if the land you’re on lies in a Source Protection Zone (SPZ) or Drinking Water Protected Area (DrWPA).

SPZs are defined for 2,000 groundwater sources, such as wells, boreholes and springs used for public drinking water supply.

They reflect the risk of contamination of groundwater, which provides a third of drinking water in England and Wales.

Meanwhile, DrWPAs are designated areas in which the use of certain substances must be carefully managed to prevent the pollution of raw water sources that are used to provide drinking water.

To see if the land you’re operating on lies within either of the aforementioned protected water zones, use the Environment Agency’s What’s In Your Backyard? maps.

Knowledge of previous management operations on the land your unit is established – or is to be established on – is key, as many outdoor pig producers inherit land with existing issues, such as compaction.

Good soil management forms the basis of any strategy to reduce the risk of drinking water contamination by reducing the potential for surface run-off and erosion.

Steps should also be taken to reduce surface run-off.