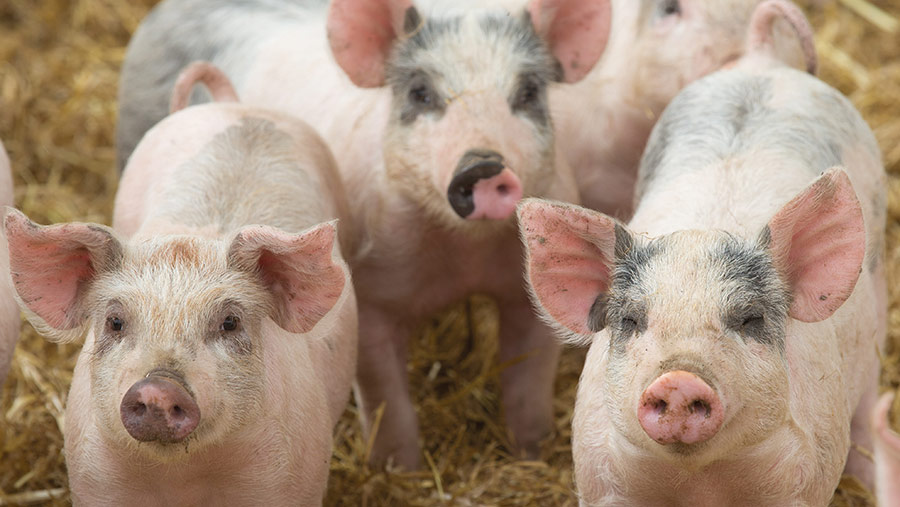 There is a common misconception that contract-rearing pigs on a bed-and-breakfast (B&B) system is a suitable diversification for many farming systems, as well as an easy route into the industry. However, many factors must be considered before deciding whether contract-rearing pigs is viable for your farm.

We speak to Chris Barlow and Lizzie Bentley from farmer-owned co-operative Yorkshire Farmers to find out more about establishing the venture and the kind of farming businesses it will suit.

Most B&B arrangements see newly weaned piglets (weighing 7.5kg) or stores (30kg+) kept in straw-bedded courts until they are either moved to other accommodation for finishing, or taken through to slaughter weight (110kg).

The pig owner will supply:

In addition, some owners will pay for farm assurance and disinfectants.

What type of farm is most suitable?

What benefits can B&B pigs bring to your farm?

The biggest benefit is the additional income and regular cashflow that is generated from contract-rearing pigs. Not only does it supplement other farm income, but it can also make better use of buildings, labour and equipment.

If you are investing in new buildings, the bank may be more supportive when lending money because of the long-term contracts offered and low risk. This is because the price the farmer receives is guaranteed in the contract, regardless of whether pig prices go up or down.

There is also the added benefit of being able to spread pig manure onto your land. It acts as an excellent source of crop nutrition, increasing soil organic matter, earthworms and soil micro-organisms.

What income can you generate and how do contracts work?

Payments will depend on the system and contract. Farmers are typically paid by the pig. If an animal dies, farmers will usually be paid for the time that the animal was on the farm, which makes weekly stocktakes important. There may also be some form of performance payment, depending on the contract.

The return you can generate will depend on your contract and what equipment and resources, such as straw and water, you already have.

Most contracts will pay weekly or monthly, with the set pig price laid out in the contract, and will last for two to three years with a rolling, two-batch notice period. This gives both the farmer and owner some security.

Are there any pitfalls?

Labour is important. If you lose staff you could end up with a lot of extra work, and farm labour vacancies are not always the easiest to fill.

Miscalculation of straw use could be costly, particularly when prices are so high.

Your location could also be a potential pitfall. From a logistics point of view, pigs need to be close to feed mills, abattoirs and so on. However, from a health perspective, you want to avoid too many pigs in an area.

Decent farm access will also be needed for feed wagons and animal transportation.

What’s the typical size of a B&B unit?

This will depend on individual farms, but 400-600 pigs in each batch would be typical of minimum sizes.

It is important to note that once the setup is over a certain size, environmental permits will be needed. The threshold for this is 2,000 pigs over 30kg. Under this number, a permit is not required. 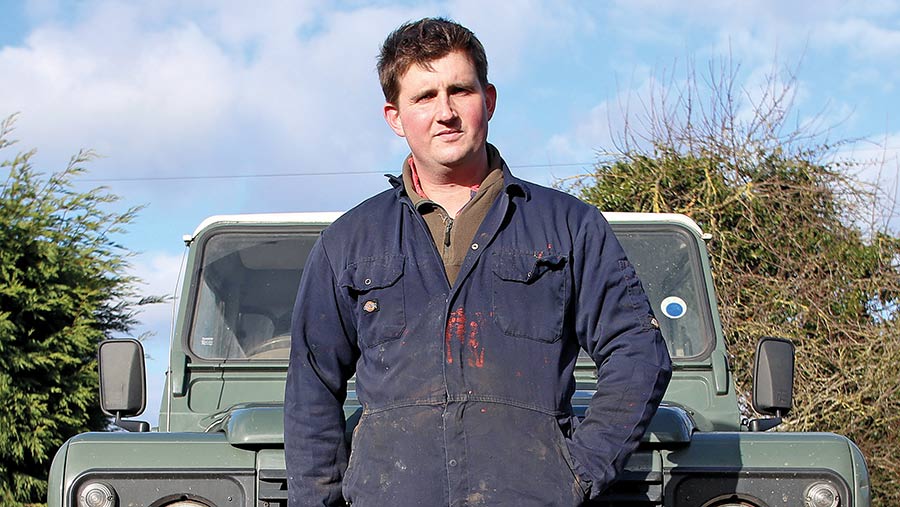 Improving cashflow, making better use of buildings, and improving soil fertility using pig manure, were the main reasons for the move.

He converted four existing buildings into dedicated pig units, at a total cost of about £10,000. This included concreting floors, installing drinkers, a header tank, and a medicine dosing system.

He supplies BQP, which provided some of the equipment such as the dosing system, which is essentially loaned to the farm.

Mr Beary receives pigs weaned at 7kg and keeps them for 10 weeks until they weigh about 50-60kg. He can now house 1,000 store pigs on straw.

He is paid weekly, on a per animal basis, and is on a 12-month rolling contract. He receives an extra payment for vaccination. Mr Beary pays for the water, straw, labour and equipment.

“Straw is our biggest cost, and we are paying about £9,000/year to buy it in. Our water is free as we get it from a spring, and when it comes to labour, it takes us on average about an hour a day to sort the pigs.”

Mr Beary says his yearly gross income from pigs is about £27,000. In addition to this, he reckons he is also saving about £8,000/year in fertiliser bills by using pig manure on the land.

“The pig manure has made a huge difference to our grass growth rates and a lot of clover has come back,” he says.

The only downside is the pressure it puts on shed space in the winter, with only one shed available for cattle.

He adds: “It has forced the beef and sheep outside. Our sheep lamb outside and cattle are mainly outwintered. But having pigs complements them well.”