Danish pig feed bills are being slashed after a review on manure-spreading legislation has enabled pig farmers to produce higher protein cereal and cut soya consumption.

The simpler method of calculating manure spreading across Danish farmland – trialled this year – is allowing nitrogen applications at the EU standard of 170kg/ha of nitrogen.

Previously, stringent Danish rules restricted pig farmers to only spread 140kg/ha of nitrogen, with farms often having to plug the protein gap with soya. 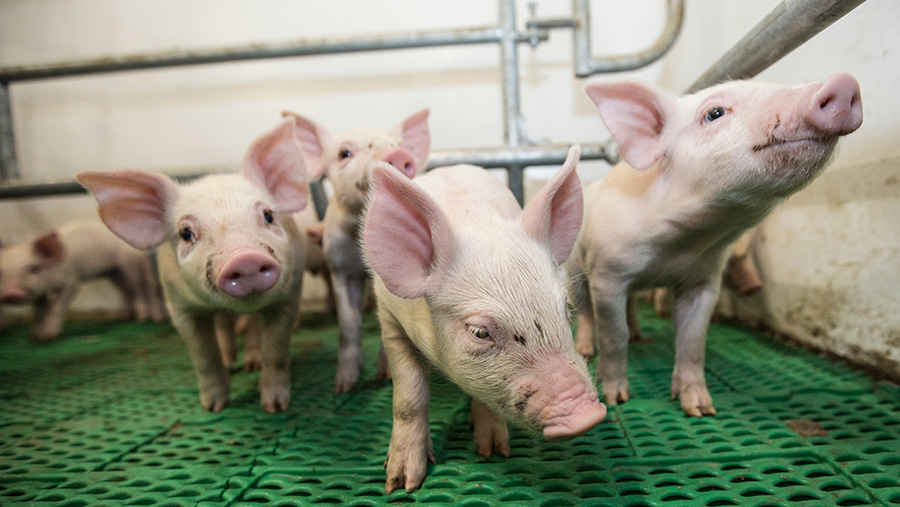 See also: How Danish sows are averaging 30 piglets a year

For Danish consultant and pig farmer Søren Søndergaard, this means a saving of DKK6-8 (75-80p) a pig on his 34,000 head pig operation near Billund where he takes pigs to 30kg and finished weight.

“Due to higher daily gains from feeding wheat and barley I can feed 3% less soya,” he told the Herning Congress.

“Next year we are likely to see phosphate rules change and that may result in restrictions for sow producers, but as nitrate applications increase we expect protein to increase again next year too.”

Further east, Jacob Justesen is expecting to use 25% less soya on his 1,000 sow unit where he crops 360ha wheat, barley, rye and beans for feeding as well as oilseed rape.

Being able to grow “better cereal” this harvest has been worth about DKK15 (£1.80) a sow to the farm, he explains.

“We hope that next year we will see more savings,” Mr Justesen told Farmers Weekly.

“We are unsure about the phosphate changes that are due but we understand these are likely to be tighter. 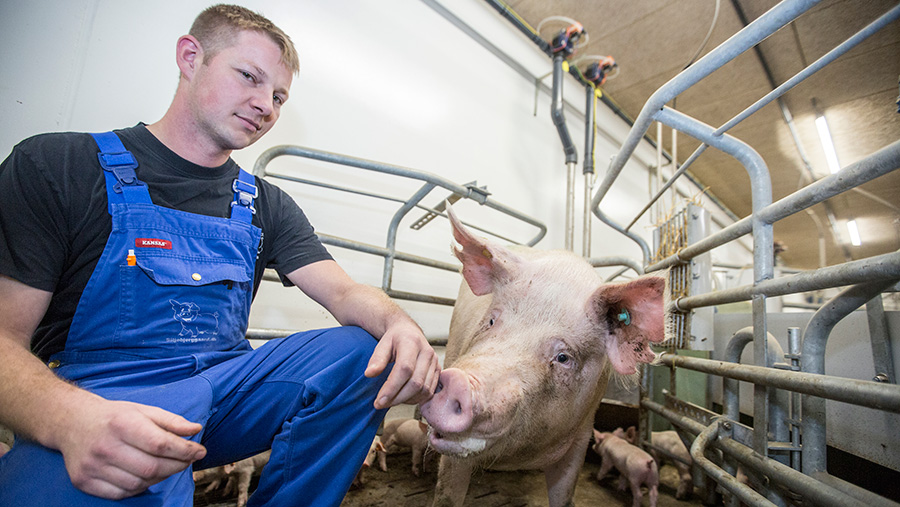 Jacob Justesen calculates that being able to grow better cereal thanks to changes in nitrogen rules has meant a saving of about £1.80 for every sow on the farm

“Rather than calculate nitrate spreading on animal units we will need approval on housing units and we can now spread 170kg/ha of N – but this change only makes us the same as the rest of Europe.”

Extra scrutiny on agricultural inputs on Danish farms in recent decades has accompanied increasing productivity, as illustrated by state figures showing constant and increasing output while pollutants have fallen.

“Its important for our businesses that we compete on a level playing field,” said Claus Fertin, CEO of SEGES Pig Research Centre.

“We are able to produce two pigs with the same nitrogen and phosphate application it took to produce one pig in 1986.

“This productivity gain sounds almost impossible to continue at this speed.

“From a sustainability perspective, we are trying to feed the world on a respectable level.”