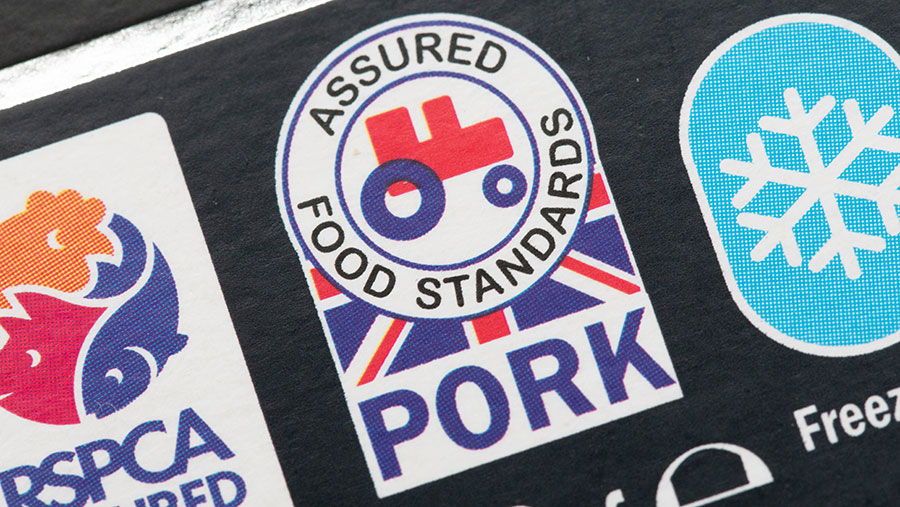 Early findings of a new social media campaign to highlight what retailers are doing to support struggling pig farmers have revealed a mixed picture.

The National Pig Association (NPA) has relaunched its Pork Report campaign, which demonstrates good and bad examples of how supermarkets are backing British pig producers – or not.

The NPA is encouraging people to highlight examples of good and bad practice on social media, using the hashtag #porkreport and tagging @NatPigAssoc.

Since the campaign was relaunched last week, photos have appeared on Twitter and Facebook showing which retailers are doing their best to back British producers in their sourcing, promotion, labelling and display of British pork products.

Anna Longthorp, pig farmer and owner of Anna’s Happy Trotters, based in Yorkshire, told Farmers Weekly she had visited a range of supermarkets in recent days and seen big variation in their support for British pig producers.

Ms Longthorp found examples of some supermarkets using the same or very similar tertiary branding for pork sourced from the UK and from the Netherlands and Denmark, which made it difficult for consumers to buy British.

“Tesco and Asda have been the worst that I have seen. Sainsbury’s was largely quite good, but it doesn’t use the Red Tractor mark on its meat, which is what I always look for to make sure it is British,” she said.

“Aldi and Lidl were probably the best at stocking British pork. Overall, I would say these big companies could be doing more [to back British pig farmers] and they’re just not. Certainly, with a certain size company, that should bring some corporate responsibility with it.”

Ms Longthorp said it was also very disappointing to find examples on Tesco shelves of a lot of hand-butchered bone-in pork products, packaged in the UK, but sourced from the Netherlands and Germany, which uses vital butchery capacity when there was a desperate situation of a severe backlog of pigs on UK farms caused by a shortage of skilled butchers.

“The supermarkets should be supporting British more. These problems on farm are not of the farmers’ making,” she added.

“Those big corporate companies, Tesco, Asda and the government, are all people who could do something about the situation, but they’re just not.”

#porkreport 🧐
This time @asda Oadby.
Circled in yellow is the British pork and then British bacon+gammon 2nd photo. Surrounded in a sea of Danish, German and Dutch products that do not meet British legal standards nevermind @RedTractorFood standards.
Disappointing @NatPigAssoc pic.twitter.com/BkXZONMAbj

Ms Longthorp is an independent pig producer who does not supply into the supermarkets. But she said seeing her fellow pig farmers struggle felt “utterly wrong”.

How to take part in Pork Report

When visiting your local supermarket(s), take a picture of the pork on the shelves.

Are there lots of clearly labelled and prominently displayed British products? Is the Red Tractor logo prominent? Or is there a lot of imported meat, including bone-in product? And where there is imported product, is it clear to shoppers where it came from?

You can post your images and any comment on your own social media accounts, tagging both the National Pig Association and the retailer using #PorkReport.

Alternatively, send your images and location to Andrea Tranter at andrea.tranter@npa.net.org.uk and they will be posted on the GB Pork Twitter account.