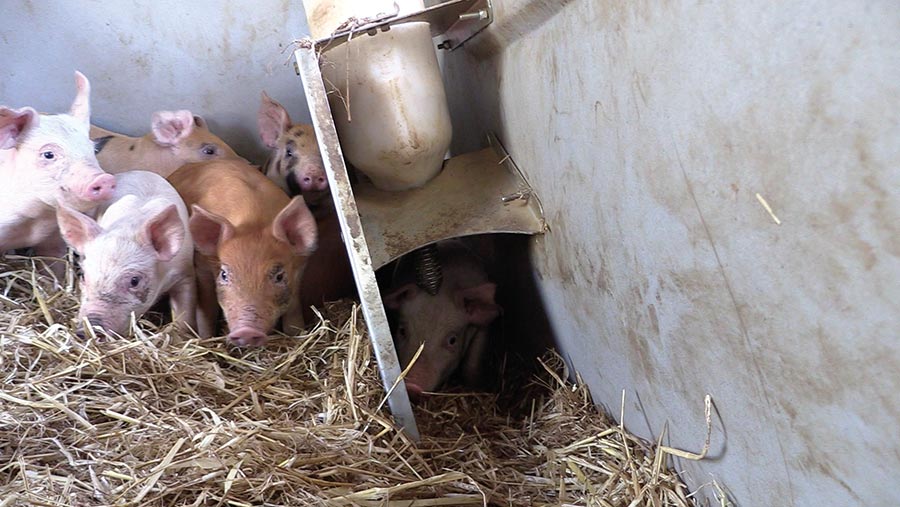 The days of sows pilfering expensive creep feed are over on two outdoor pig units in Norfolk, which have each designed a feeder to prepare piglets for life after weaning.

Both sow-proof creep feeders allow the farms to reap the widely known benefits of creep feeding while avoiding the major headaches of feed being wasted in bedding or soil.

In doing so, the contraptions enable the two farms to rise to the challenge of lowering antibiotics and zinc oxide use by weaning older, stronger piglets.

Many in the industry believe the trend of weaning piglets later – some at five weeks – makes creep feeding essential due to their size and energy requirement.

Vet John Hayden of Integra Vet Services, a branch of the Garth Pig Practice, stresses that a creep-feeding system should provide dry feed in addition to sow’s milk –  it should not replace milk and risk sows being dried off and coming on heat early.

He says a little creep feed develops the production of the digestive enzymes amylase and protease, which help the weaned pig transition to grower rations.

If pigs aren’t introduced to creep before weaning, there is a greater chance of hard feed passing undigested into the hindgut, where it can accumulate and become a breeding ground for bacteria such as E coli and other pathogens. This can lead to scours and post-weaning diarrhoea.

Mr Hayden also recommends discussing lysine levels and lower-protein diets with nutritionists, and focusing on optimal – rather than maximum – protein levels as a way of controlling scours without zinc oxide.

A spring-release hopper on the back of the farrowing ark is the invention of LSB Pigs, and the Allen family have devised a front fender feeder system in a system similar to other moulded fender feeder options available.

The full effects of these systems are still being researched, but anecdotal reports indicate that conditioning the gut to dry feed is helping pigs grow faster and reducing days to slaughter.

The creep feeder station (CFS) is attached with bolts or antiluce fasteners to the rear of the farrowing ark. Hoppers are easily removed from the cradle via the back window, and feed levels can be checked and refilled.

How the farm uses it 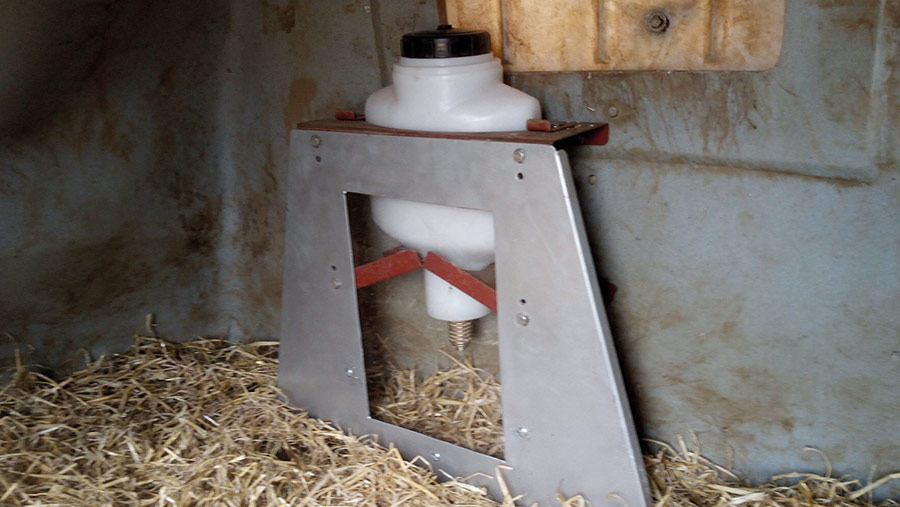 Expected to retail at £70-£80 (plus VATt), depending on volume bought 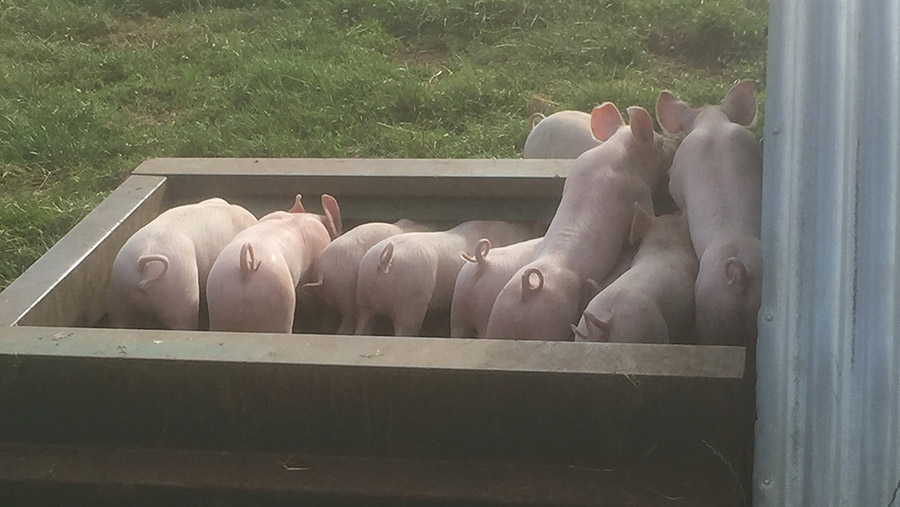 The feeder is a trough system that runs the full length of the fender to allow the whole litter to access creep feed.

It is made of a single piece of 2mm metal sheet that is attached to the fender by antiluce bolts.

A wider overhang is angled above the feed space and serves three purposes:

How the farm uses it