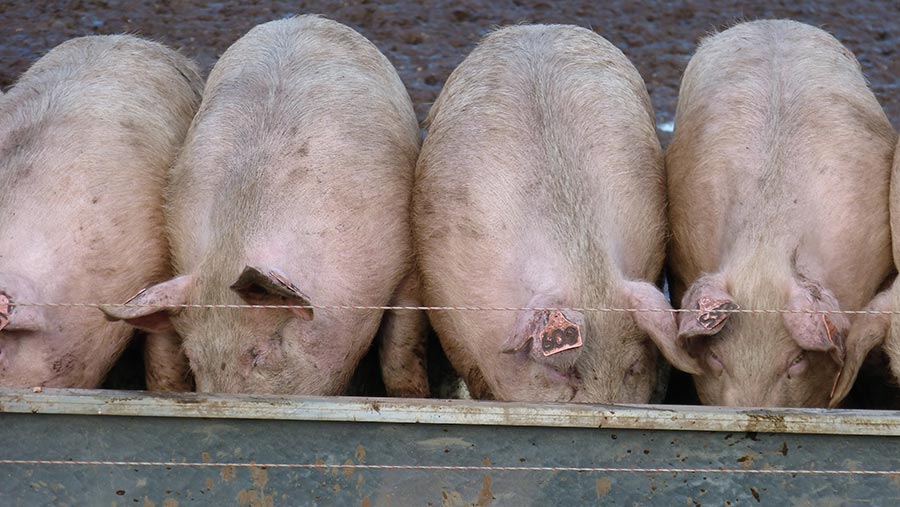 A “reset” across pig farms focused on data gathering and pig husbandry is needed for independent producers to thrive as bigger players wait to pounce on opportunities left in the wake of the pig crisis.

Months of loss-making, unsustainable pig prices, rising costs and the mental anguish of overstocking and welfare slaughter have taken a huge toll on UK pig farmers.

Exactly how many sows have been taken out of production is unknown, but it is thought to be in the tens of thousands.

And how much opportunity there is left for big agribusiness integration – where one firm takes total or partial control of different production stages –  depends on how long farms continue losing up to £61 a pig.

Some say 20% of the industry could be up for grabs in the coming years in what feels like a civil war between independent farmers and processors.

More integration would see processors owning more pigs. If the industry was to meet similar challenges in the future, market conditions could be even worse, with processors prioritising the slaughter of their own pigs before those of independent farmers.

Farmers Weekly asked farmers and consultants what could be done on farm to stage a strategic recovery.

Get a team together for a strategic recovery

Independent pig consultant Stephen Hall recommends strategy meetings where the nutritionist, vet and genetics provider are all sat around a table with the farmer. The quarterly vet visit is an ideal opportunity for this.

He advises focusing on three areas:

2. Get sows to parity five

Genetics companies have made leaps and bounds in litter size and feed conversion rate over the past five decades, but longevity is now a major area for improvement. Many farms only see 50% of females reach fifth parity, says Mr Hall.

Farms should follow best practice for gilt management to realise five parities from herd replacements. Aim for 85% retention of sows to parity five.

Data are starting to show that finishing pigs from older sows (parity six and above) may not perform as well as progeny from younger sows, so it’s worth finding out the optimum longevity of your herd, says Mr Hall.

Strive for a data collection system that can analyse performance of the following four groups:

Short-term wins like lower energy feeding, not feeding on Sundays and not following full shed cleaning protocols due to time or cost restraints may have worked in the short term.

But Mr Hall says farmers must consider what they have been lucky to get away with in unprecedented times.

“Animal welfare is paramount,” he says. “Pushing your luck on shed cleanliness might not work the more you do it or in high summer.”

“People are more likely to go out of pigs rather than see them suffer – or cull them – as we have seen already,” says Dr Davies. “I honestly can’t see anyone cutting corners that would affect pig health or welfare – they’d go without themselves first.”

Welfare remains a “top priority” for Red Tractor’s 2,300 pig members, says a spokesman for the assurance scheme, who adds: “We have made it clear that we must maintain good oversight of any issues and be satisfied that any overstocking is being well managed.

“The challenges that pig producers have faced in recent months has been unprecedented.

“While we have not penalised members where standards are not being met due to circumstances outside of their control, it has also been important to balance the needs of a sector in crisis, and the reputation of British food production, by ensuring robust compliance.”

Assessors had sought verification that contingency measures had been put in place and that there were no immediate welfare concerns when problems had arisen, according to Red Tractor.

Look for lessons from the pig crisis

Necessity is the mother of invention, and it may have forced farms to learn things about pig performance and husbandry that they otherwise might never have discovered.

Some nutritionists say the reference literature for pig diets needs reviewing given genetic progress and other developments in the industry.

Some pigs have grown well on daily rations that are 0.5MJ/kg lower in energy at about 8.5MJ/kg. The resulting saving will be all the greater as the cost of cereals rises.

2. Some breeds may perform better when challenged

Observations will need backing up with proper trials, but some genetic lines of pigs have achieved good feed conversion ratios (FCR) on a lower energy diet.

The number of staff it takes to feed pigs or manage sows depends hugely on a unit’s infrastructure.

With the industry facing labour challenges, some farms are considering cutting pig numbers.

This would be firstly to cut losses but could also be a way to pay more attention to a lower number of pigs and get better performance from them.

Achieving 30 pigs a sow a year is still an unrealised ambition for many farms.

Some farms have reported that managing smaller herds could be a way to realise the genetic potential of their pigs.

Stocking rates were pushed to the limits when supply chain failure kept heavy pigs on some farms.

But other farms reported good performance with no health impacts, provided ventilation, water and feed access were sufficient.