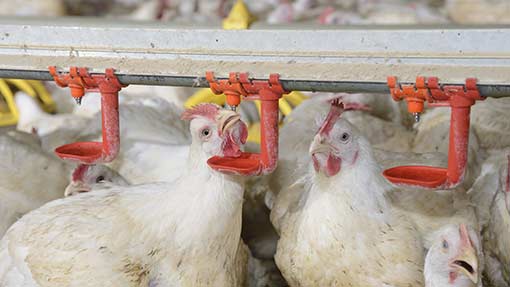 More than 40,000 chickens have been culled on a farm in the Flevoland region of north-west Holland, following a confirmed outbreak of low-pathogenic H5N1 avian influenza.

A report on the World Organisation for Animal Health website explains that the disease was confirmed by the country’s Central Veterinary Institute on 27 February, and reported the next day.

While the source is unknown and no birds had died from the disease, the authorities imposed an immediate 1km protection zone, taking in one other poultry farm, and culled all 40,327 birds on the original farm.

A follow-up report is expected at the end of this week.

In early December, the Dutch also reported two separate cases of low pathogenic H5N3 on two farms in the nearby Groningen region, culling some 9,300 birds on the first and 11,700 on the second.

Hong Kong has been quick to ban imports of Dutch poultrymeat from both the Flevoland and the Groningen regions.

Around the world, in the past month, there have been reports of low pathogenic outbreaks of avian influenza in Portugal and Hong Kong, and high-pathogenic strains in China, Vietnam, Korea, Cambodia, India and Nepal.