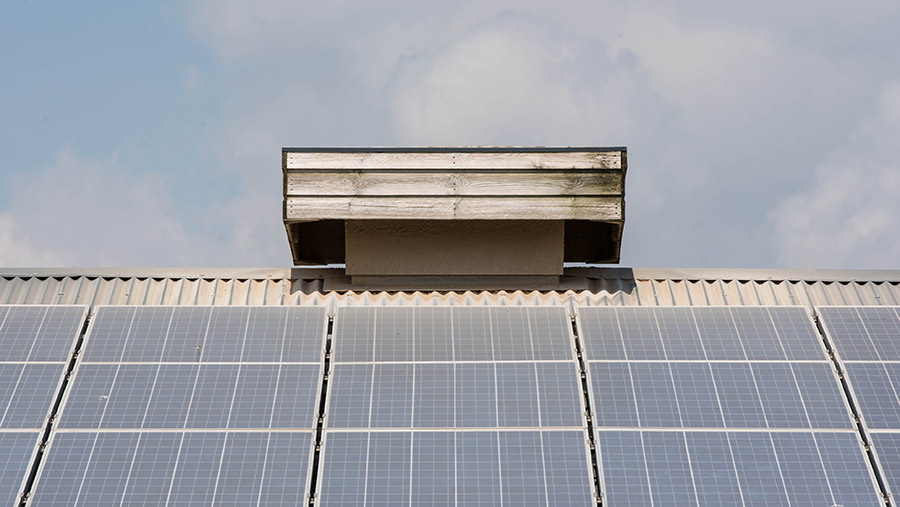 Feed has been identified as the major source of carbon emissions in poultry layer flocks in an in-depth study carried out by consultancy firm Promar International and the British Free Range Egg Producers’ Association (Bfrepa).

In the first phase of the study, Promar worked with a 64,000-bird multi-tier unit in Wales and a 12,700-bird flat-deck system in Devon.

Using a carbon accounting tool, it calculated greenhouse gas emissions from each unit as a benchmark, both on an enterprise basis and per kilo of eggs produced.

Between 80-85% of total emissions came from feed, with manure accounting for 10-15%. Electricity, birds and transport made up the remainder.

The government has set a goal of achieving carbon net zero by 2050. But the NFU is targeting 2040 for agriculture, while some retailers have gone further still with a 2030 deadline.

Ms Webb outlines the key areas where reductions will, over time, accumulate to result in large gains towards net zero.

Considering that most of the protein in poultry feed comes from imported South American soya, finding an alternative protein source is a strong first step.

It’s important not to look at net zero in isolation – biodiversity, water and energy efficiency, ammonia mitigation, litter management and land use for feed sourcing all need to be considered.

For example, tree planting on the range not only benefits the birds, but also soil and water quality, as well as sequestering carbon, which can generate carbon credits.

To build on the work, Ms Webb says defined targets and measurement units are needed to provide a framework, linking to sustainable development goals.

“Once a sustainability framework is set, collection of benchmarking data across a greater cross-section of the free-range industry is required.

“The data will provide a robust basis for targeting industry improvement and could be integrated into future studies or sustainability roadmaps.”

Bfrepa chairman James Baxter says the study was an attempt to provide practical, meaningful information on cutting carbon that is not always obvious or easily accessible.

“We’re keen to understand where the key sources of emissions exist on farms, and how residual emissions could be offset,” Mr Baxter says.

“There is a strong focus on greenhouse gas emissions based on the case study farms and industry data,” says Mr Baxter.

“We will use this information to create a practical guide and increase knowledge about the tools available to assist members to implement low-emission practices.”

The second phase of the project will investigate other measures of sustainability in terms of social and economic dimensions, such as food quality, animal welfare and productivity.

Olivia Cooper was reporting from the Pig & Poultry Fair online forums (12 May).

Martin Lawrence took part in the Promar/Bfrepa study after adopting measures to improve his business sustainability.

“The selling market is there for carbon – if you can show how much your carbon footprint is down with your eggs, that will be a boost for your business,” he explains. “Egg producers have a great story to tell, so let’s use it.”

Farming 64,000 birds in Llandrindod Wells, he has 50kW of solar panels and 30ha of newly planted woodland, which helped his carbon scoring.

“Over the past decade we have pushed the genetic potential regarding overall performance, mortality, egg mass and feed conversion and delivered a year-on-year increase in eggs a bird from 283 to 335 at 72 weeks.

“Our focus has been on using all the tools in our box to create a stress-free environment for the hens to increase productivity.”

Automatic flush systems and automatic bird weighers and egg counters are located throughout the farm’s sheds, and a unique automated packing system has reduced packing time to less than four hours, giving Mr Lawrence more time to focus on bird management and welfare.

Working out his farm’s carbon footprint proved straightforward. “We knew the answers to most of the questions because we try to keep as much data as possible anyway,” Mr Lawrence said.

“Most farmers would have the data needed but, for example, if not they would only have to call their feed company, which would know. And if they weren’t sure on egg numbers, they could just call their packer.”

“I thought feed would contribute about 50%, but it was actually more than 80%, which is phenomenal,” he says.

He admits it is difficult for the flockkeeper to bring down emissions associated with feed contribution.

“The feed companies will have to start looking into ways of bringing it down. I’m sure they’re already thinking about it.”

Both initiatives had a positive effect on the farm’s carbon scoring. Mr Lawrence wants the government to recognise their value, with clear incentives and grants to promote more widespread uptake.

“We’d love to get our carbon footprint down more, but it has to work for the business,” he says.