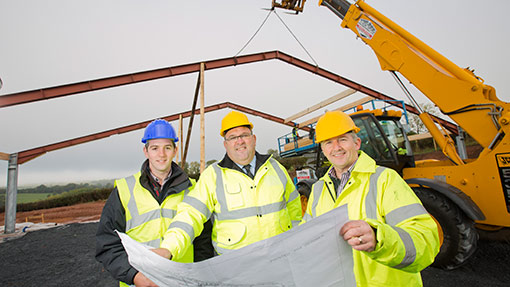 “I am currently a part-time beef farmer with my father. I’ve always had a keen interest in farming and wanted to expand the existing farm business. I felt this opportunity with Moy Park was the perfect first step in making farming a long-term career for me,” he said.

The first birds are expected to be housed early in the new year.

Brazilian-owned Moy Park launched its Plan to Grow programme in October 2013, as part of its strategy to supply UK and Irish customers with fresh, locally farmed chicken.

The company originally said it intended to build up to 400 sheds close to processing facilities in Ballymena, Co Antrim, and Dungannon, Co Tyrone, and expects to have 250 new poultry houses completed or under construction by the end of 2015.

As part of its integrated business model, Moy Park provides support in the building of new houses.

It has also recently embarked upon a £170m expansion of its killing capacity, which will create more than 600 jobs, according to the firm.