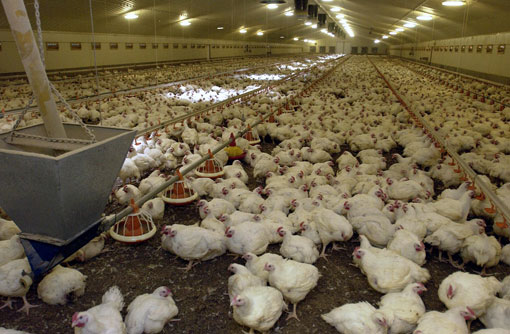 On-farm intervention to limit campylobacter in broiler birds works better than action at the processing level, according to Prof Diane Newell from the Food-borne Zoonoses Consultancy.

“It looks like a huge proportion of infections are coming from poultry through environmental contamination,” she said. “We need to prevent camplyobacter entering the flock during primary production. Also, we could look at increasing broiler chickens’ resilience to colonisation by campylobacter, or we can look to reduce the amount of campylobacter in the guts before slaughtering.”

“In the UK we have a notification rate of 95 people per 100,000 head of population, but that’s a serious under-reporting and we know our true infection rate is actually about ten times that,” said Prof Newell.

“Recent data on risk attribution, which was published about three years ago, suggests 20-30% of cases can be attributed to handling and consumption of poultry meat.

“20-30% of cases probably doesn’t seem like much, but up to 80% of all cases are now recognised to be associated with the population of campylobactors coming from poultry. So, in fact, the association with poultry is actually much higher than we thought.” 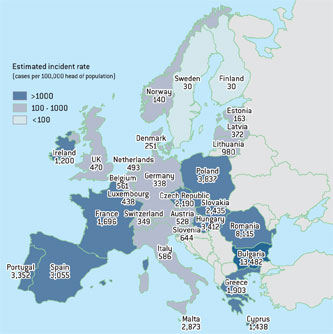 Other northern European countries had much lower rates, with The Netherlands reporting 24.4% of flocks infected, 31% in Belgium, 19% in Denmark and 48.9% in Germany.

Prof Newell said lax biosecurity was the most likely reason for the disease being spread on farms and beyond, blaming the movement of people, equipment and lorries around and between farms as the most important transmission vehicle.

Elsewhere in the EU, water and flies have also been shown to be a source of infection.

By enforcing simple biosecurity procedures, Prof Newell said farmers could make a significant, positive impact on public health and a variety of other on-farm interventions could make an even bigger difference.

“The data we have would suggest that increasing biosecurity to a level which is strict enough on all of England’s farms would reduce the public health risk by 17%,” she said.

“If we look at fly screens, based on the Danish data from 2007, having these on top of strict biosecurity would lead to a 60% reduction in risk of human disease.”

Not thinning flocks and slaughtering birds earlier were also methods research had shown to work well in reducing the risk of campylobacter contamination.

“If you take out thinning, then based on all the countries tested, it could lead to a 25% reduction.”

Prof Newell said adding organic acids and probiotics to feed could also reduce the campylobacter colonisation levels in birds, but further research on-farm was needed to prove this link.

Overall, her message was that it was high time for the poultry industry to undertake significant measures to fight campylobacter, with the disease costing an estimated £2bn a year in the EU.

“The EU is currently looking at what regulations and targets it will introduce and I don’t think there is any doubt they will introduce targets to reduce poultrymeat contamination,” said Prof Newell.

“The poultry industry needs to address this problem now. On-farm interventions have the huge advantage of addressing the overall risk, not just in the handling and consumption of poultrymeat.

“If in the future you are given targets that are public health related, it’s going to be very important that you address the whole problem and not just part of it.”

* Got a view on how best to tackle campy? Share it on the Poultry Platform forum area