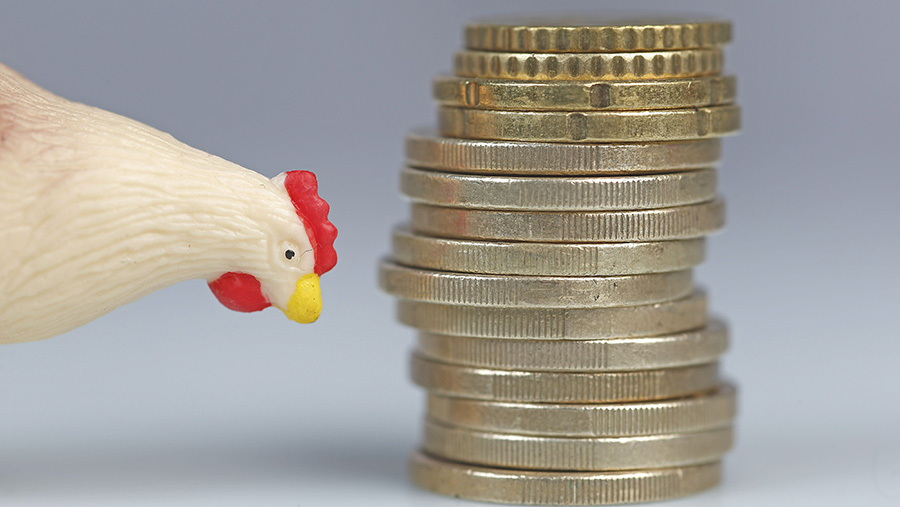 Global poultrymeat markets are moving from an oversupply situation to showing early signs of recovery, according to the first Rabobank commodity outlook of 2016.

Add this to an expectation feed prices will remain low this year, albeit at the whim of volatile currencies, and a positive picture emerges.

See also: Read Farmers Weekly’s outlook for all commodities in 2016

Brazil was the big winner in 2015; while many markets were disrupted by bird flu, it remained free of the disease, opening huge opportunities for export.

The Rabobank commodity outlook report notes there are tight market conditions in some Asian markets because of breeding stock shortages, caused by avian influenza outbreaks.

Disease outbreaks have halted the export of stock from the EU and America to Asia, reducing broiler breeder flocks “significantly” in both China (a major importer) and Thailand (a major exporter).

As a result, global trade faces disruption beyond just blocked markets caused by disease in the coming months.

It warns that, in the long run, countries could diversify where they source great grandparent stock from, to become less dependent on traditional suppliers – like the UK.

Last year, exports grew some 6% – a trend likely to continue in 2016 as the real continues to devalue against the dollar.

European poultrymeat markets were in oversupply in the fourth quarter of 2015, and average live bird prices have dropped some 15% between September and January, according to Rabobank.

Larger birds have proved particularly difficult to sell, it notes.

But the report suggests prices may have bottomed out.

“The spring-summer period usually leads to seasonal improvements in demand for poultry, while on the other hand, supply growth tends to slow down somewhat.”

It is highlighted that Poland grew its output 11%, Hungary was up 10% and Romania by 5%.

One possible positive is the ongoing trend of retailers requiring higher animal welfare standards, it says.

“This could potentially offer companies focused on these segments an additional margin benefit above standard chicken prices.”