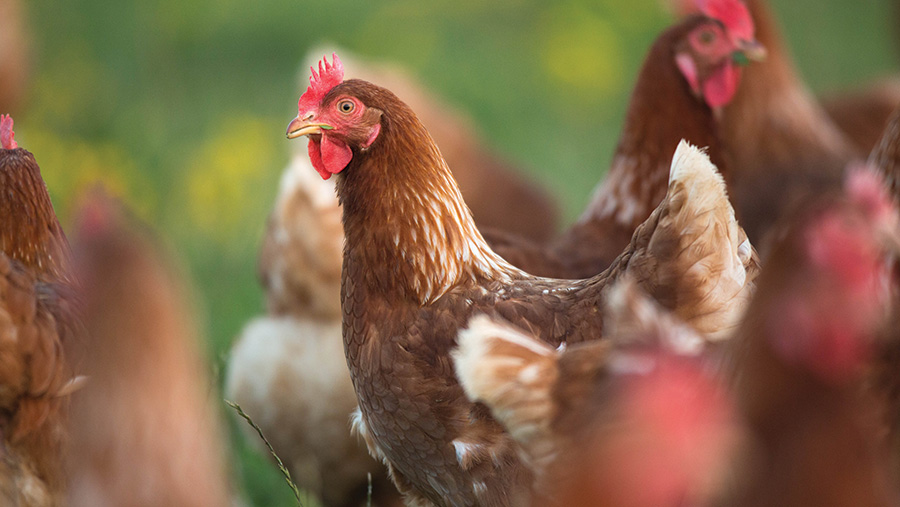 Maintaining pure and potable water, keeping on top of worm counts and gaining more knowledge of flocks when in rear should all be priorities for egg farmers seeking top results.

Ian Lowery, of Crowshall Veterinary Services, who was addressing a recent Midlands free range discussion group, said it was these three areas where big production gains could be found.

“I’m fixated by water quality,” he told the meeting. “I think that improving water quality in the poultry industry is absolutely fundamental to what we’re doing from an animal health and welfare point of view, and to improve productivity.”

As part of a recent survey, he had collected water samples from the end of drinking lines from flocks in the latter third of the laying period.

“The first interesting thing that I saw was that water samples were either clean or very dirty, with nothing in between.”

Mr Lowery normalised the results to 72 weeks from breed standards, and found  flocks with a clean water supply, defined as having a bacterial total viable count (TVC) of under 100, had an average production of 1% above breed standard, and mortality of 0.8% below.

Those with poor water, with a TVC of 3,000 or more, were on average 2.2% below breed standard on production, and 0.8% above it on mortality.

“That’s a 3% difference on production, and almost 2% on mortality,” said Mr Lowery.

Water consumption was also closely correlated with feed consumption, he explained: “When feed intake goes down, water goes down, regardless of which came first,” he said

“You can go out and buy weighing scales to tell you what’s going on in your birds, but don’t bother if you haven’t looked at what the water meter is doing. It’s a good starting point.

“Has something funny occurred, are they starting to develop a gastrointestinal disturbance that will eventually cause a reduction in feed conversion?”

Mr Lowery said water intake was a really useful first diagnostic tool, along with taking dung samples and worm screens, plus monitoring how often you ordered feed and what’s coming in.

To get drinking lines spotless, the only really effective time to clean the pipelines was at terminal disinfection.

“Make sure you are using the right dose rate for the product, and hold it in the lines for 48 hours. Use a silver-stabilised peroxide product, which has got silver ions, so that when it comes into contact with dirt and grime, it stays active for a little longer.”

Any cleaning carried out once the birds were in the house was far less effective, because it was only possible to use a miniscule fraction of the dose rate when birds were drinking it.

Mr Lowery stressed that producers should focus on getting the optimum performance from their most costly inputs: feed and pullets.

Of these, feed was the most valuable, with an overall investment of 2.5 times the cost of the pullet

“Good intestinal health is central to the whole process. It’s about making sure the intestines are fit and healthy, and able to transfer the nutrients into the bloodstream.

“We don’t want the bird utilising lots of energy fighting infections that ought not to be there in the first place.”

For free-range birds, he was seeing worms on countless occasions, especially in spring and autumn.

“These are always cost effective to manage.”

They directly damage the inside surface of the intestine, use expensive nutrients themselves, and cause an overall reduction in feed intake.

“It’s a lose, lose, lose situation, and can very quickly impact on the bottom line.”

“Anything you can do to manage gut health is always going to work out as a cost beneficial exercise,” claimed Mr Lowery

“Maintaining feed intake is absolutely vital. If you can get a sensible volume of feed material passing through the intestine every singe day, that intestine will probably maintain itself in a healthy environment, due to natural passage and peristaltic movement.”

Mr Lowery said producers should be paying more attention to the quality of point-of-lay pullets when they arrive on farm.

“Pullets are right up there as your second biggest investment, and you need to get all the information about your pullets in rear.”

That meant finding out the whole history; although the pullet rearer might have overcome setbacks and appear to be on track, the birds could be vulnerable to problems down the line.

If pullets had experienced a setback, the purchaser might need to work collaboratively to understand what had happened, how it might be managed and what the resulting impact might be on performance.

“Maintaining good records and understanding what they are telling us is vital for producers, rearers and vets alike.”