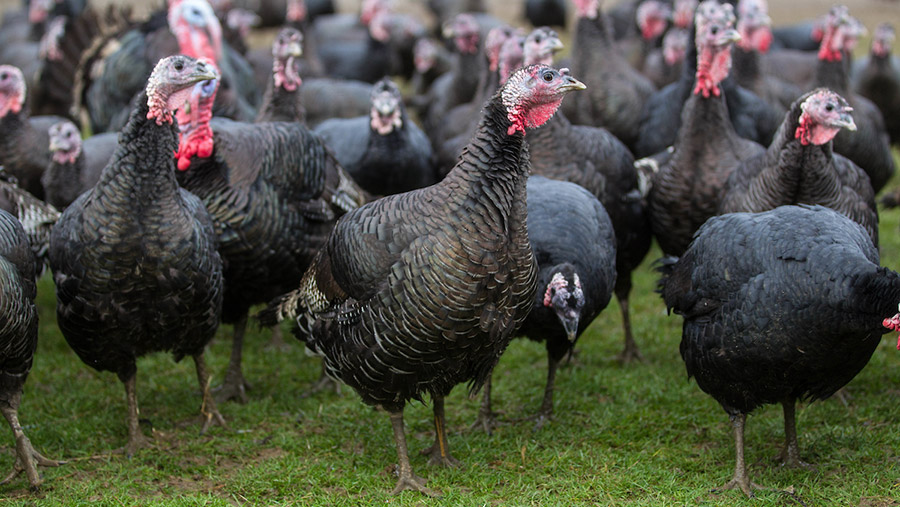 A surge in demand for smaller turkeys this Christmas has prompted calls from producers for consumers to buy a large bird to avoid them going to waste.

Coronavirus restrictions mean smaller festive gatherings for many people this year has skewed the spread of weights that farmers usually sell.

Families staying at home this Christmas are being urged to buy the same size turkey as normal, and make the most of it throughout the festive period.

“Turkey producers have been adapting their businesses and working hard to ensure there are enough turkeys for everyone.

“Turkey is such a versatile meat. Once you’ve enjoyed the main Christmas Day meal, you’ll have plenty of turkey leftovers to make a range of healthy, tasty meals for you and your family, ensuring all the fantastic meat is put to good use,” Mr Bailey said.

Chris Rumming, who runs Lydiard Turkeys in Wiltshire, said demand for smaller turkeys had been huge.

The free-range birds, which are on the farm for at least 25 weeks, will be processed next week and then sold direct to the customer.

“We sell everything through the online shop, which we opened on 1 October, and it was manic. In the first week we sold as many turkeys as we would usually sell in the first month,” Mr Rumming said.

“We’re doing 500 turkeys, which we put up every year because we normally sell out. But we now have only 7kg and upwards available to buy.”

Mr Rumming said the pandemic had skewed the spread of weights of birds the farm would normally sell.

“Last year, we were short on big turkeys, so this year, in February when I ordered, I got more big turkeys, so that was a potential mistake. But everyone is in the same boat, everyone places their chips and has to make it right at the end.”

British turkey farmers produce about nine million birds a year for Christmas, and a 7kg bird can feed as many as 10 people.