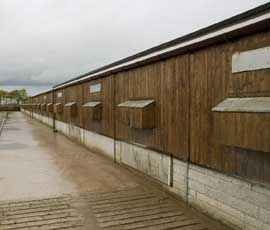 Owners of a Cambridgeshire poultry farm have been forced to reapply for planning permission, after developers built them almost 20m longer than their planning application allowed.

Enforcement officers at Huntington District Council were tipped off by a member of the public, who had suspicions that the sheds, owned by Amber Real Estate Investments, of which Singh is a director, were longer than planning permission allowed.

A statement for the council said that an enforcement officer had visited the site and found the sheds to be 103m in length, rather than the approved 85.4m, and a fresh planning application would need to be submitted.

It adds that the applicant had explained: “Unfortunately, between the finalisation of the consultations by Acorus, and the drawing up of the full engineering drawings by a different company, the buildings became longer and the unit was built according to those engineering drawing plans.”