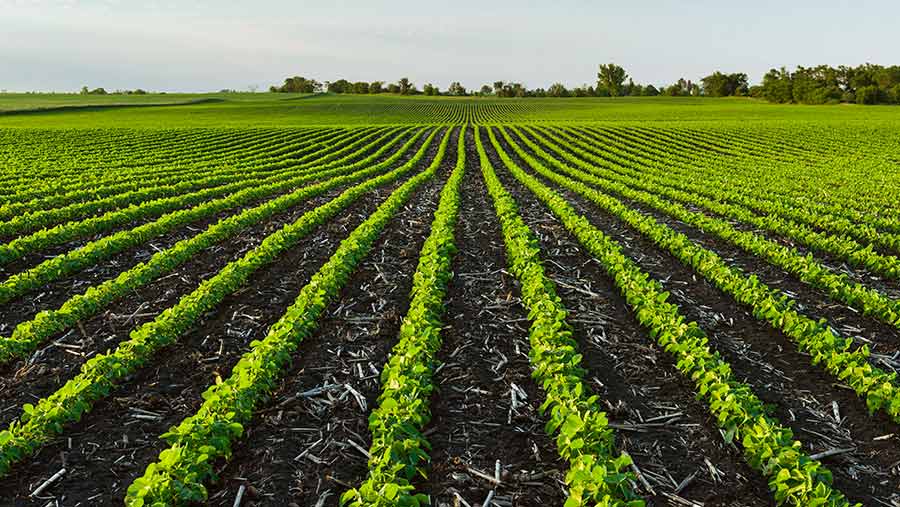 The World Wildlife Foundation has accused European feed companies – and the businesses they supply – of complacency when it comes to responsible soy sourcing.

That the production of soy to feed European livestock has come at the expense of pristine rainforest on the opposite side of the planet is not under dispute.

Across the world, demand for soy-based animal protein has fed continual expansion in its planting. The pressure to farm upon the belt of latitude in which it is best grown – coincidentally one of the few regions in the world still untouched by human development – has grown exponentially as a result.

It is a reality the World Wildlife Foundation (WWF) is acutely aware of. Each year it produces a scorecard, based on a survey of retailers, food producers and feed companies that reports upon progress made to improve the sustainability of their supply.

And each year many businesses do not respond – this time 69 of the 133 surveyed. The WWF subsequently accuses companies of failing to be transparent about their sourcing. Many non-respondents suggest the NGO is too narrow in its criteria for what it considers “sustainable”.

In this latest report, several major poultry businesses, including Moy Park, 2 Sisters, Bernard Matthews and Noble Foods are named as non-respondents, tarred with the same brush and accused of being part of the problem.

This is despite a selection of their major customers, such as Waitrose and Marks & Spencer, being named as the most progressive for their sourcing of soy.

Sandra Mulder, a senior advisor at WWF, explained it was the fact that many after several calls and emails decided to offer no details.

“For some companies who have clear requirements for responsible soy like Waitrose, Moy Park might satisfy their customers’ needs. They could have decided to report this but did not.”

Further, Ms Mulder said that, as a major poultrymeat business in Europe, Moy Park produced far more chicken than that required by customers, like Waitrose, who had clear sourcing guidelines.

“We therefore ask companies like Moy Park and many others to be transparent and to take full responsibility for their soy use and commit to only source true responsible and deforestation-free soy.”

The sense is that many feel the WWF is too selective, and the standard it demands is too high to be realistic. Instead, most are aligned with FEFAC – or the European Feed Manufacturers’ Federation, a consortium of Europe’s trade bodies associated with compound feed and premixes.

Both 2 Sisters and Moy Park said all of their soy was fully compliant with guidelines Fefac formally established last year.

The WWF says that this standard does not go far enough to halt – or even reverse – the decline in pristine ecology that soy-producing countries like Brazil and Argentina once had in abundance.

Ms Mulder called the Fefac guidelines “totally insufficient”. In particular, she highlighted that they only require soy sourced from “illegally” deforested areas, as opposed to any further deforestation of vulnerable ecosystems.

To put this into context, one report suggests a landmass twice the size of Germany can “legally” be deforested in Brazil alone under the country’s current Forestry Code.

She added that measures to protect local communities under the guidelines did not go far enough, and the verification process was not rigorous enough to ensure standards were met.

“We should be very clear it’s not a standard, it’s guidelines. From the beginning this has been misunderstood by people like the WWF.”

His organisation’s aim was to bring in line a range of different standards under one set of guidelines, and when a sufficient volume is on board, then review what is considered “responsible”.

Mr Döring explained that about 30-35m tonnes of soy was imported to Europe each year, and of that, a “conservative” estimate, 5m tonnes now met Fefac’s umbrella guideline.

Once a “critical mass” of soy met his organisation’s guidelines, it may then review what it deems acceptable. That critical mass would allow Fefac and its members to make fundamental changes to the market, he explained.

On the specific WWF accusations about illegal deforestation compared with any deforestation, Mr Döring said the tools to measure such a distinction were simply not in place. His guidelines had to reflect the standard of auditing on the ground as reality.

He added that the companies that met his guidelines were audited in very similar ways to the two schemes the NGO supported – RTRS and Proterra –  and had higher verification standards in some instances.

Mr Döring compared what his organisation did to a bike race like the Tour de France. A number of companies were leading the way at the front of the pack. But, he said, Fefac’s role was “to look after the peleton” and lift the standard of those companies still on the journey to truly responsible soy sourcing.

It is an analogy worth considering when thinking about British poultry businesses’ reluctance to report their sourcing to the WWF.