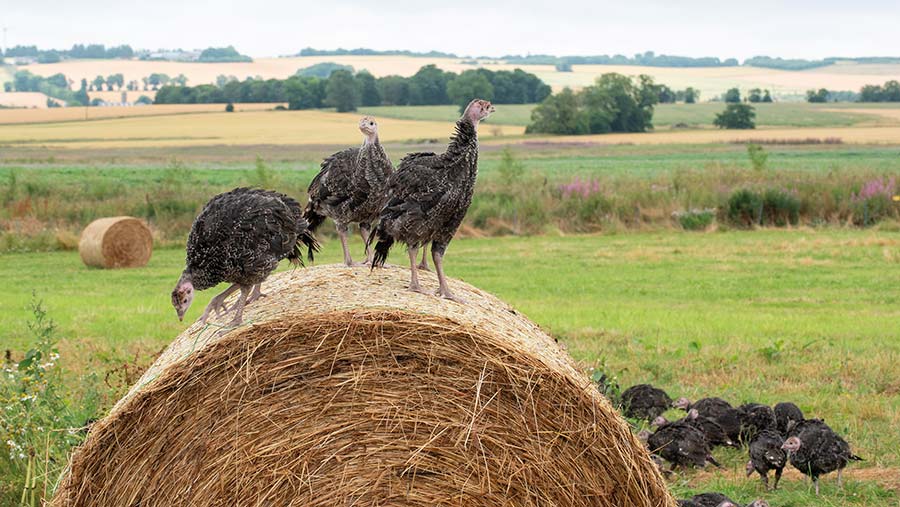 Rising costs and concerns about avian influenza have called a temporary halt to expansion plans at Barra Bronzes turkeys, despite having seen a strong uplift in sales for Christmas 2021.

Craig Michie, who rears about 3,400 Hockenhull turkeys on his farm in Aberdeenshire, says 2021 was a year to remember.

“We achieved record sales, which were up 30% last year. It was the best year in terms of demand that we’ve had,” he says.

“Covid-19 had triggered a move to people wanting things delivered to their door, and then, with everything in the press related to the shortage of workers, it made people think there would be a shortage of Christmas turkeys. That sparked some panic in the market and we saw the strongest, earliest sales ever.

“The Farmers Weekly Award – the most prestigious we have received – really helped too. The email we sent out about that achieved the greatest sales conversion we’ve ever had, including among customers who’d only bought once before.”

This was despite a 7% price increase in 2021 to account for things such as more expensive feed and packaging, and a near-doubling of the cost of FedEx deliveries to £10 a bird.

The business had planned to continue its path of steady expansion, with the aim of installing another polytunnel and taking on another 1,000 birds.

But last year’s cost-of-production increases have accelerated again, and Mr Michie is having to take drastic steps to contain costs.

“I’m going to store more of the grain we produce, to see us through the next season, and probably the one after that,” he says. “Given the instability in Ukraine, I don’t see an easing in the feed price any time soon.”

The arable side of the business produces wheat, barley and oats, which go into the turkey ration. In an attempt to reduce the enterprise’s carbon footprint, last year Mr Michie also tried replacing soya with home-grown peas as a source of protein.

“The finish on the birds was incredible – they got fatter and everything looked great. But the liveweights were marginally down and, once eviscerated, they lost extra weight and many fell down a weight category.” 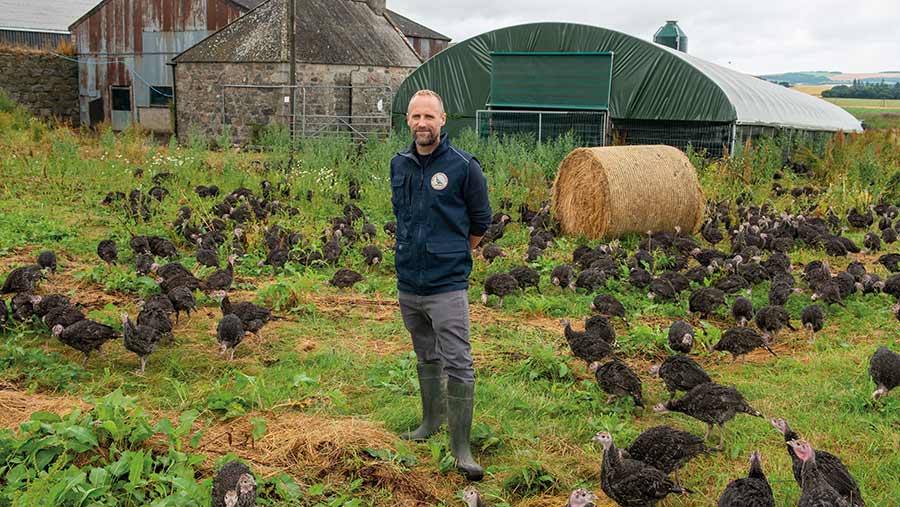 For example, those that would previously have been 6-6.2kg came in finished at about 5.8kg. “Most customers were fine about it and said they would prefer to eat something that was locally sourced, but for me it was a huge disappointment,” says Mr Michie.

“I thought it was going to be a revolutionary thing, as no one had really fed peas to poultry before. They plucked so well, which made processing faster, but they fell short on weight.”

The risk of this happening a second time is not one Mr Michie wants to take in the current climate, so he will be reverting to soya for next season, at least.

Later on, he says he is keen to try alternative proteins again, but maybe with a larger breed of bird to compensate for any finished weight loss.

Meanwhile, he is pressing on with plans to plant 5ha of poorer ground on the farm with broad-leaved trees, with the aim of achieving carbon-neutral status for Barra Bronzes turkeys.

The other constraint that has persuaded Mr Michie to put expansion plans on hold for now is the presence of avian influenza in the UK.

“This has really spooked me,” he says. “The number of cases is frightening. We had one in a small flock of hens about 10 miles away, and there was a bigger outbreak on a larger egg unit 25 miles away.

“The avian influenza season seems to be getting longer, and the window when it is not around smaller.

“As much as we want to be pushing on and expanding, this season we’re just going with a similar number to last year, for a fear of being hit by avian influenza. All the other producers I’ve spoken to feel the same.

“Without an insurance scheme, without a vaccine, and with just limited government compensation, the risk of being wiped out if it hits you is too great to be wanting to put more money into the turkey venture just now.”

With the next crop of poults due to arrive in June, Mr Michie has already taken steps to limit his exposure to avian influenza.

“I’ve spent a bit upgrading sheds where the feed is stored. We’ve put in premier roof panels, and we’ve foam-filled the gaps where the roof meets the barriers in the turkey shed to prevent wild birds getting in. We’ve also added extra disinfection points.

“But there is only so much you can do with free-range birds. It feels a bit like Russian roulette. I’m thinking of maybe using bird scarers during the day – especially near a pond that attracts wild ducks.

“One of the big turkey hatcheries had a case last winter that wiped out one of their breeding lines – and they have the tightest biosecurity of all.”

Reflecting on where the business is now and the season ahead, Mr Michie is optimistic the market is resilient and he will be able to weather the current storm.

However, the risks of further cost inflation and the disease threat mean now is not the time to expand. Instead, the plan is to use the time to build up reserves, so the next stage of growth can be funded from savings, rather than borrowings, when the time is right.

“It’s massively disappointing when you manage to sell an extra 30% to then have to say ‘we’re going to have to sit tight now’,” he says.

“The market’s good, but it’s almost irresponsible to be going and spending masses of money under a scenario when you could have your whole flock wiped out and get nothing in insurance.” 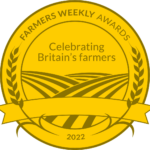 Join Farmers Weekly in celebrating the farming industry and recognising the hard work of UK farmers at farming’s biggest night out – book your table today.