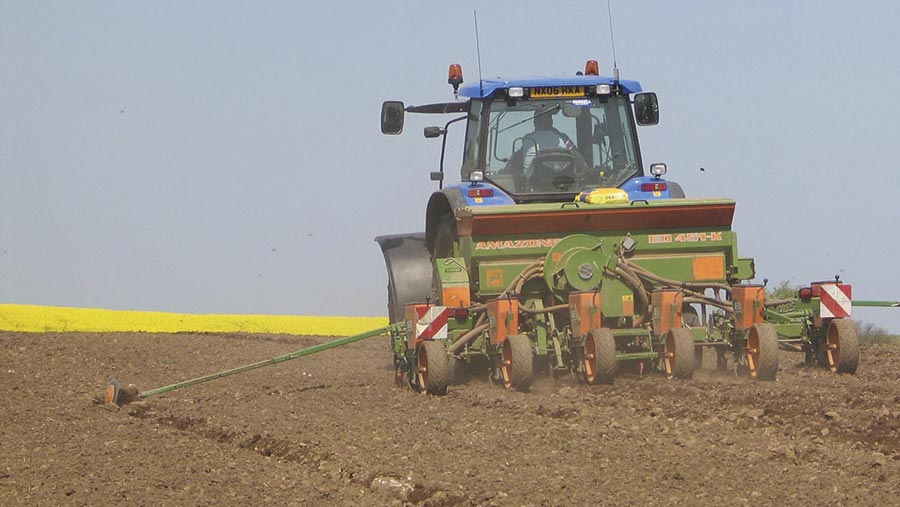 Cutting maize seed rates by 5-10% has the potential to lift starch levels by 2-3% and bring harvest date forward by three to five days, according to John Burgess, maize product manager at KWS.

The revised approach to seed rates was largely fuelled by environmental concerns, following several consecutive seasons of difficult harvests and has been accompanied by a successful move by breeders to develop earlier maturing hybrid varieties.

“A reduced seed rate is just one tool in the toolbox, as growers seek to maximise yields from forage and minimise the environmental impact of their crops, particularly soil structure damage.

“But it is no substitute for good husbandry and correct choice of site,” says Mr Burgess.

To achieve this target in practice relies more on the drilling precision capability of modern machinery than on seed quality, Mr Burgess says.

He adds that the manipulation of plant numbers should be viewed as a management tool for growers to try, perhaps on a field-by-field basis, to fine-tune and adapt the crop to heavier or lighter fields.

“Another advantage is that each plant will have access to more water, to sustain fresh weight yields in low rainfall areas, or in a dry season,” he says.

“Growth regulators are not used for forage maize, as the crop is unique in its ability to establish, develop and mature the plant in response to the seedbed structure and plant population created by the grower.”

Increased access to sunlight also causes plants to mature rapidly, which offers the opportunity of later drilling; possibly at the end of May or early June. With the ultra-early FAO 150-160 varieties, drilling can be extended, particularly for growers wishing to follow early-lifted crops.

“A pre-emergence herbicide can be replaced with the cheaper option of glyphosate, applied to the stale seedbed,” says Mr Burgess.

“Plants will get off to a better start, because they will emerge rapidly from higher soil temperatures of 12-15C.

But it should be noted that for every week that drilling is held off, about 7-10 days will be lost in September and October. What is lost in heat units must be clawed back in light interception.”

Despite the new recommendation, too severe a reduction carries the risk of losses, he warns.

“I would not recommend going any lower than 85,000 seeds/ha for silage, or 75,000 for grain maize. Below this, even the earliest of varieties will produce disappointing dry matter yields, as the crop will not be able to make up for the lack of plant numbers.”

He discovered the merits of seed rate manipulation by accident in 2015, when he came close to running out of supplies while his contractor was sowing at 104,000 seeds/ha (42,000 seeds/acre).

The seed rate was adjusted down and records showed that these fields out-performed the conventionally sown crops.

“The results encouraged me to adopt the same system last year, when I planted two varieties at 94,000 seeds/ha (38,000 seeds/acre),” says Mr Perraton.

“I arrived at the figure as a mid-range, low seed rate option and it will be repeated this season.”

“The greatest effect has been bigger cobs and therefore higher starch, which used to average 32%, but has risen to 38% using lower seed rates, although I will admit that 2016 was a very good year. This has been achieved without any penalty on yield.”