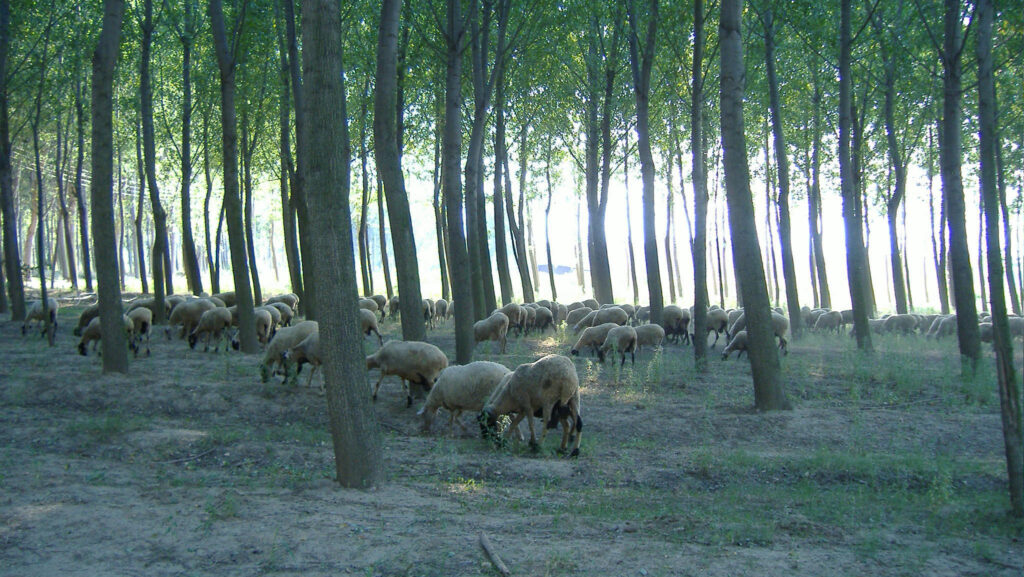 Some Chios sheep are more resilient to temperature fluctuations © SRUC

Scientists from Scotland’s Rural College (SRUC), the Roslin Institute and the Aristotle University of Thessaloniki (AUTH) in Greece, found that some Chios sheep in the Mediterranean – whose milk is used to produce feta and other cheeses – are more resilient than others to temperature fluctuations throughout the seasons.

Researchers believe groups of genes may enable some sheep to remain productive in hot and cold conditions.

They believe that selecting animals with those genes for breeding could help flocks adapt in the region, which is vulnerable to climate change.

Using data relating to almost 40,000 ewes, collected by the “Macedonia” Chios sheep breeders’ co-operative in Greece, the scientists created a mathematical model of resilience to fluctuations in climate, based on records of milk productivity, time of lambing and weather throughout the seasons.

Some animals responded better than others to temperature fluctuations in hot or cold conditions, with some hardly being affected by changes, analyses found.

Ewes’ resilience to hot or cold temperatures depended on the lambing season. For example, animals that had lambed in spring generally responding better to hot conditions, while winter-lambing ewes showed the most variable performance when temperatures rose.

What does it mean?

Researchers say future studies could focus on specific genes associated with resilience to temperature fluctuations in individual animals, with the insight being used to inform how to optimise breeding selection for this trait.

Georgios Banos, from SRUC and the Roslin Institute, said: “Our findings have implications for selectively breeding animals with genes that enable resilience to changing climates and for farm management, such as the time of year when ewes are bred.”

The study, published in scientific reports, was carried out within the Horizon 2020 research project, Innovation for Sustainable Sheep and Goat Production in Europe, co-ordinated by the Laboratory of Animal Husbandry, School of Veterinary Medicine,.