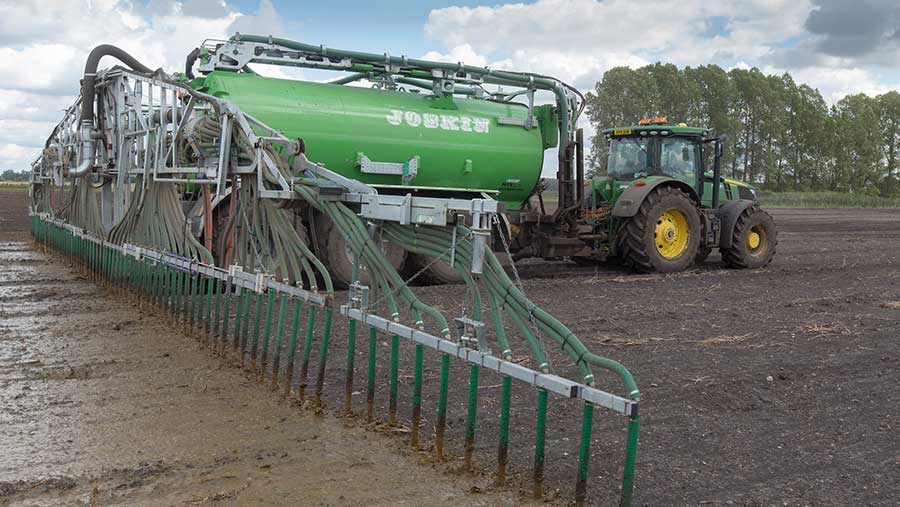 Best practice guidance on applying anaerobic digestate to grassland is included for the first time in an updated and simplified fertiliser manual launched this week.

It is seven years since the industry’s nutrient application guide, RB209, was updated and in the intervening period new products are now widely used on farm, including digestate.

For that reason, the revised guide, which was launched on Wednesday (24 March) at Grassland and Muck 2017 by levy payer-funded body AHDB, has some new organic matter inclusions – including digestate and goat manure.

There have been several key changes:

The guidance is more accessible to grassland and forage farmers because it is presented in a format specific to that sector instead of including it with advice for arable production.

The nitrogen recommendations for grass are simpler and focused on the yield farmers need to maximise home-grown grass and forage in diets.

“We are really trying to get farmers to think about yield,” said Liz Genever, AHDB Beef & Lamb senior livestock scientist.

Gloucester beef farmer and AHDB Beef board member Paul Westaway, who chaired the committee responsible for revising the guide, said with soil health the biggest driver of profit and loss in his system accurate nutrient application was fundamental.

“I used to think it was about genetics but it is as clear as night and day soil health is more important,” he said.

“If I can make better use of organic manures and the minimum spend on fertiliser then that is going to be beneficial to the health of my soils and to my profit.”

Soil sampling is given greater emphasis with an online video demonstrating how farmers can sample soils and send samples for analysis.

The guide can be viewed online (PDF) – and an app is available too. Hard copies can also be requested by emailing cerealspublications@ahdb.org.uk.