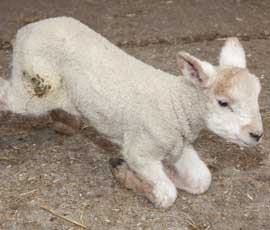 The Schmallenberg virus has been found on 190 UK farms, according to the latest statistics from the Animal Health and Veterinary Laboratories Agency.

The AHVLA figures show that 176 sheep flocks and 14 cattle units have had cases of the disease which causes deformities in newborn animals.

The disease has not spread to any new areas since the previous AHVLA report on Friday 16 March but it has tightened its grip in the far south and east of England where lambing is in full swing. Of the 22 counties, where the disease has been recorded, just three – Kent, West and East Sussex – account for more than half the cases (98). The disease spread is in line with AHVLA predictions which suggested that the disease was carried to the UK by infected midges during the summer of 2011.

Germany, where the disease was first discovered, has now recorded cases on 1,000 holdings – 160 cattle herds, 799 sheep flocks and 41 goat units.

Number of recorded cases of Schmallenberg:

For video, expert opinion and regular updates visit our dedicated page on the Schmallenberg virus