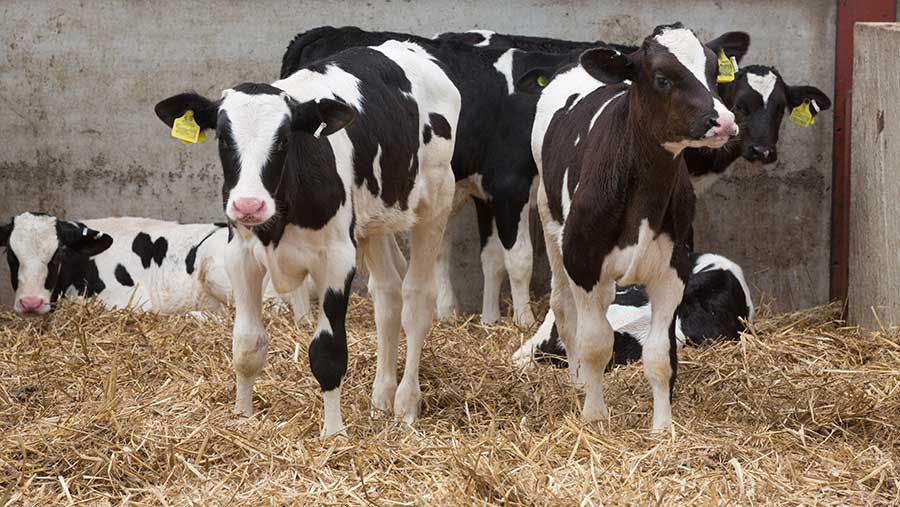 Live calf exports that breach maximum permitted journey times from Scotland to Spain will no longer be accepted, the Scottish government has stated.

Following a legal challenge by animal welfare campaigners, the Scottish government said applications for the live export of unweaned (or milk-reliant) calves to the continent that breached the time limits would not be approved – unless there were exceptional circumstances.

CIWF applied to the Scottish court for a judicial review to challenge actions by the Animal and Plant Health Agency (Apha).

The charity stated that, under animal transport laws, unweaned calves could not travel for more than eight hours – unless after a maximum of nine hours’ transport they were rested, given water and, “if necessary”, fed.

CIWF argued that, in practice, calves were not unloaded after the first nine hours and were kept on trucks for as long as 23 hours, from Scotland to northern France, without milk substitute. Therefore, it said, the Scottish government “should stop journey times of over eight hours from taking place”.

An agreement was reached where it was agreed that the the CIWF petition was dismissed, but Scottish Government said it would be instructing Apha to limit journey times.

“The last calf export journey took place at the end of November 2019. After agreement between all parties, the court has dismissed the petition by CIWF.

“We published the opinion of the Farm Animal Welfare Committee [FAWC] on the welfare of animals during transport and our response on 17 April. We are now consulting on the FAWC  recommendations and our preferred policy intention to not support unnecessary long journeys involved in the export of livestock.”

NFU Scotland said it had been working with the Scottish government and industry, making good progress on reducing the need to export calves and adding significant value to the domestic beef sector.

“There have been no calf exports from Scotland in almost a year, demonstrating the commitment being shown by the industry to tackling positively the issue of dairy bull calves,” NFUS policy manager Penny Middleton said.

The Conservative government in Westminster pledged in its election manifesto to put an end to long journeys for live animals.

Former Defra secretary Theresa Villiers said the government must deliver on its pledge when the Brexit transition period ended in December.

But farming organisations say the UK has some of the highest animal welfare standards in the world and the live animal exports trade is crucial to farm businesses.

From 2014 to 2018, the UK exported £2.4bn worth of live animals, of which 66% were to EU countries, according to a House of Commons briefing paper on live animal exports.