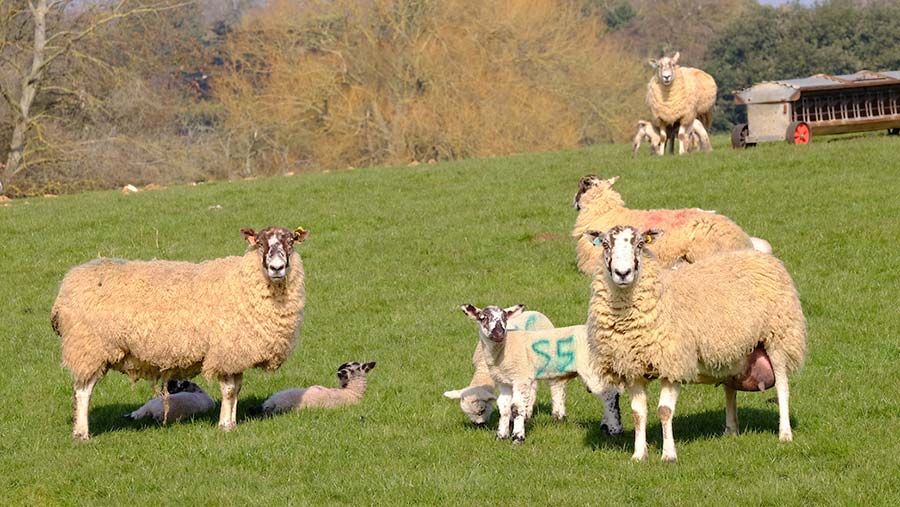 The “worst-case scenario” of sheep being destroyed post Brexit can be avoided if the right steps are taken now, the National Sheep Association (NSA) has said.

The challenge for the UK sheep sector, which exports nearly 40% of total production, is that peak lamb production roughly coincides with the date the UK could crash out of the EU.

Even if the UK obtains third country status with the EU, allowing it to continue trading with France and other major buyers of UK lamb, this would likely result in the implementation of World Trade Organization (WTO) tariffs.

See also: Farmers will pay the price if a no-deal Brexit prevails

However, the NSA says contingency support, if done correctly, would be sufficient to support the industry and prevent the mass slaughter of lambs in the event of a no-deal Brexit.

NSA chairman Bryan Griffiths said: “The slaughter of prime lambs ready to go into the food chain, providing high-quality, premium lamb products is an absolute worst-case scenario and the NSA is continuing to work closely with Defra ministers and civil servants to provide industry support and prevent it happening.”

At an Exiting the EU Select Committee meeting on Wednesday (17 July), Brexit secretary Stephan Barclay said he accepted that there would be serious disruption if there was a no-deal Brexit and called the sheep sector an “outlier”.

“It is an outlier because 97% of our sheep exports go to the EU, so it is distinct in that regard and that has a significant impact on the sector in the UK,” Mr Barclay said.

He added that Defra secretary Michael Gove has spoken of specific intervention measures, particularly for the sheep and meat sector, and that all livestock sectors will be included in the proposed compensation scheme.

“There is very intensive engagement between Defra, the NFU and the agricultural sector in terms of the support the government would need to give,” Mr Barclay said.

However, the NSA refutes the belief that millions of sheep will need to be slaughtered if export access to the EU is cut off by sky-high WTO tariffs and is concerned that Mr Barclay did not negate this during the committee meeting.

The association is calling for the government to provide assurance that every workable solution will be tried and implemented before considering destroying stock.

Mr Griffiths said: “The government must work closely with our industry to be creative in its thinking to find the best way forward to underpin the sheepmeat export market until we can regain lost ground.

“The NSA recognises it would be illegal under WTO rules for the government to simply offset the cost of tariffs, but the destruction of prime lamb would be disastrous for our industry and every other avenue must be explored first.”

Speaking to Farmers Weekly at the Royal Welsh Show, NSA chief executive Phil Stocker said the idea of a mass cull was untenable but possible if the government didn’t take action.

“We don’t know if we’re going to crash out but we believe the government now has enough advance warning to put in place a system that prevents the market going wrong, rather than having to come in with a rescue package,” said Mr Stocker.

“The main thing that will affect our market is the cost of tariffs, and though we know things are complicated in terms of WTO rules, there must be a creative way around it, such as processors covering that cost.

“If we do that, we need to do it early in order to avoid that cliff-edge scenario in the first place.

“It’s really important to be proactive so we don’t lose our UK sheep sector, because the sheep industry globally has a great future in the coming years and we need to be able to reap the benefits of that.”

Mr Stocker said that due to many transitional elements yet to be sorted, it’s highly likely that there will be issues with animals in the transit process, if the UK were to crash out of the EU on 31 October, though he anticipates this will be a short-term problem.

He added that the government’s farming and environment ministers have offered verbal promises of support for the industry and the NSA plans to hold them to that.