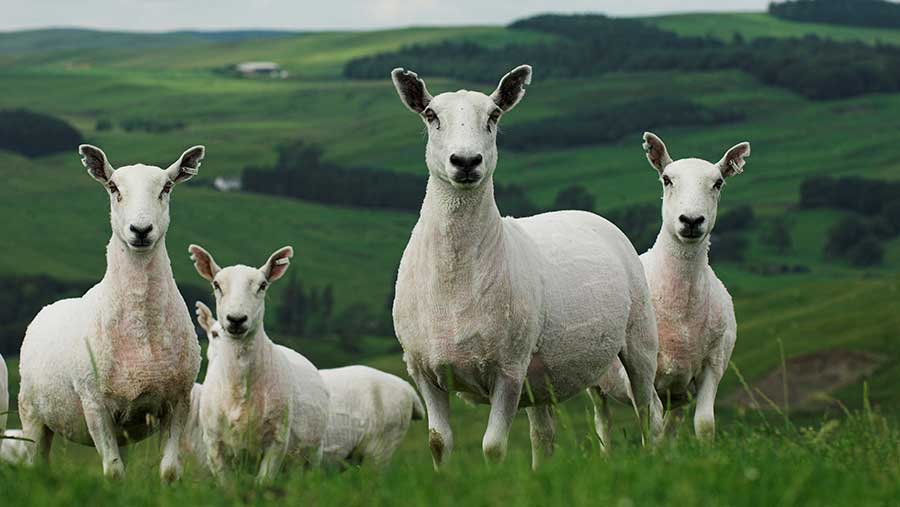 Commercial sheep farmers in the Scottish Borders have been warned of a sharp rise in maedi visna (MV) cases and are advised to conduct flock surveillance and blood testing.

A total of 20 Borders farms will get the costs of MV screening covered by the Border Monitor Farm project as animal health experts try to gauge the extent of MV in the area.

Farms not benefiting from the free service is advised to invest in the blood sampling services of Scotland’s Rural College, costing £39 for 12 thin ewes.

A spate of MV cases has been flagged up by Hawick Vets, which reported a rise in the disease from February 2017 following a long period of almost no cases.

MV – what to look out for

“We have no idea how many flocks are infected in this area,” he said. “We really need to know the true incidence so we can advise farmers how to control and eradicate it. We would strongly encourage farmers to test their flocks for MV.”

Sheep farmers have been told to screen flocks because MV can go undetected for years and affect scanning, rearing and growth rates.

MV can be spread by nose-to-nose contact as well as in colostrum and milk.

Lynn Gibson, MV accreditation scheme manager at SAC Consulting, said: “Although sheep infected with MV can survive without showing any clinical signs for several years, they will be infectious and able to pass the virus on to other sheep in the flock.”

Borders farmer Scott Brown’s flock at Stonefieldhill Farm was diagnosed with MV back in 1997 after he had noticed his ewes having more mastitis, pneumonia and foot-rot issues.

This was despite Mr Brown running an MV-accredited flock of pedigree Texels and Suffolks.

The Mitchell family were shocked when 45% of their gimmers tested positive for MV at Whitriggs farm, a 460ha unit running 1,000 Lleyns.

The Mitchells were baffled about how MV infection happened, as they have run a closed flock since 2001 and only bought in MV-accredited rams.

“Visually there didn’t seem to be much wrong with the ewes,” explained son Stuart Mitchell. “We are working with our vet to decide how we can move forward and eradicate this disease from our flock.”