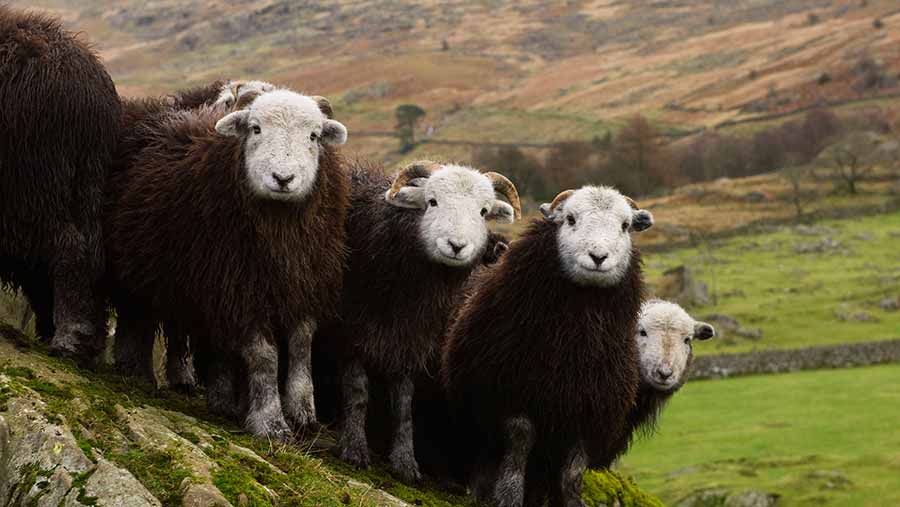 Sheep production brings many benefits to upland areas – environmentally, economically and socially – a new report from the National Sheep Association (NSA) has concluded.

Hill farming has repeatedly come under attack over recent years, with notable critics including journalist and environmental campaigner George Monbiot, who has previously branded sheep a “white plague” and “woolly maggots”.

Mr Monbiot – and others – argue that overgrazing has caused environmental damage, loss of biodiversity and contributed to flooding problems.

However, the NSA said sheep farming in hill areas provided a wide range of public goods and it wanted to respond to the criticisms made by some conservationists and policymakers.

“Much of this [criticism] is due to misguided policy direction and a lack of understanding of the many by-products of upland sheep farming,” said NSA chief executive Phil Stocker.

The report, The complementary role of sheep in upland and hill areas, was released on the opening day of the NSA Sheep Event at Malvern (27 July).

While some conservationists and commentators see sheep as responsible for the devastating floods of 2015, recent increases in flooding have happened despite a dramatic decrease in sheep numbers in the hills, pointed out the report.

The uplands were a mosaic of habitats, much of which had been created by livestock grazing, with sheep controlling the growth of more aggressive plant species.

Some conservationists had called for rewilding, but the NSA said habitats would never return to their natural state, so it was an emotional concept rather than a scientific one.

The report said upland areas, of which sheep farmers are a part, provided a wealth of social and health benefits for both residents and tourists.

Tourism and recreation were reliant on the countryside being a managed environment that visitors want to visit and tourism would be negatively affected if the landscape was blocked with trees and scrub.

Farmers helped to maintain stone walls and barns, while environmental stewardship schemes encouraged the preservation of heritage features, such as ridge and furrow ploughing patterns and old sheep washes, it said.

On the subject of sheep farming’s economic contribution, the report said the UK industry produced 298,000t of sheepmeat a year of which 64% was consumed domestically and 36% exported.

The uplands were an integral part of this, producing the breeding stock for lowland enterprises, store lambs, finished lambs and wool.

But the report acknowledged that, at farm level, the industry struggled for viability, with lamb fighting for shelf space against cheaper meats and imported produce.

George Dunn, chief executive of the Tenant Farmers Association, welcomed the report. “For too long upland sheep farming has been at best marginalised and at worst vilified by uninformed policymakers and some environmental commentators. “Sheep farming in the uplands provides a healthy source of nutritious food, natural fibre, landscape, biodiversity, soil quality, flood risk management, water quality, and opportunities for tourism.

“Sheep farmers in the uplands must be adequately rewarded for the full range of outputs resulting from their management and the report from the NSA provides a blueprint for achieving this.”