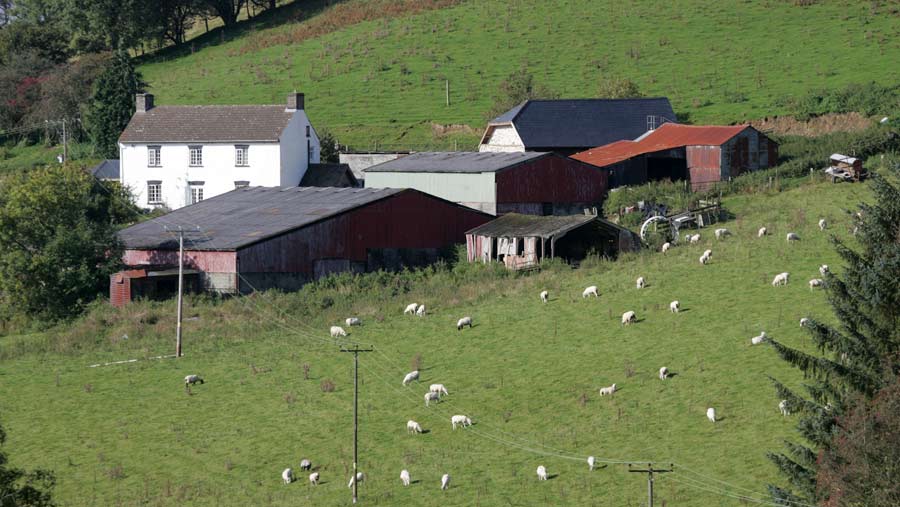 Direct emissions from lamb production in Wales could be cut by 20% if sheep farmers adopted a range of measures to optimise output from their system and land base, according to new research.

Wales is already one of the most sustainable places on earth to produce red meat because it can grow grass well, according to the chief executive of Hybu Cig Cymru – Meat Promotion Wales (HCC), Gwyn Howells.

But there is variation between farms and even the best farmers will need to get better if the agriculture sector is to achieve emissions targets, Mr Howells said.

He admitted there was “no easy answer” to reducing emissions and improving carbon sequestration, but that there were “easy wins” set out in the HCC’s environmental blueprint for Welsh red meat production Perfecting the Welsh Way.

During a virtual launch of that initiative on Tuesday (26 October), farmers were urged to adopt some of the guidance set out in the document, and to prioritise those measures according to their potential for emissions cuts.

For instance, 54% of emissions come from methane, compared with 3% from fuel and electricity, so it made sense to devote more time to improving the breeding capacity of flocks and herds than focusing on energy reductions, said HCC’s industry development officer John Richards, although improvements were needed across all aspects of production.

And it was important for farmers to understand what their farms were capable of producing, as every farm and system is different.

“For some farmers the optimum breeding capacity is 1.7-1.8 lamb per ewe, but for others it is 1.2-1.3. It is not about producing more, but about producing what is right for the system and that means understanding what the carrying capacity of the land is,” said Mr Richards.

Many of the measures set out in the document are based on a number of research projects being undertaken by HCC in conjunction with universities, project partners, vets and farmers.

A major focus is grassland management as grazed grassland, which is the large majority of agricultural land in Wales, can act as a carbon sink.

The document also seizes on new evidence that methane is a short-lived gas, as set out in the Intergovernmental Panel On Climate Change’s (IPCC) 2021 report.

This, said Mr Howells, suggests that methane emissions from stable sources, that is herds and flocks with a consistent headage, had been “three or four times” overcalculated through a commonly used metric.

He believed there would be a role for all current farming systems going forward, but some would need to be “tweaked”.