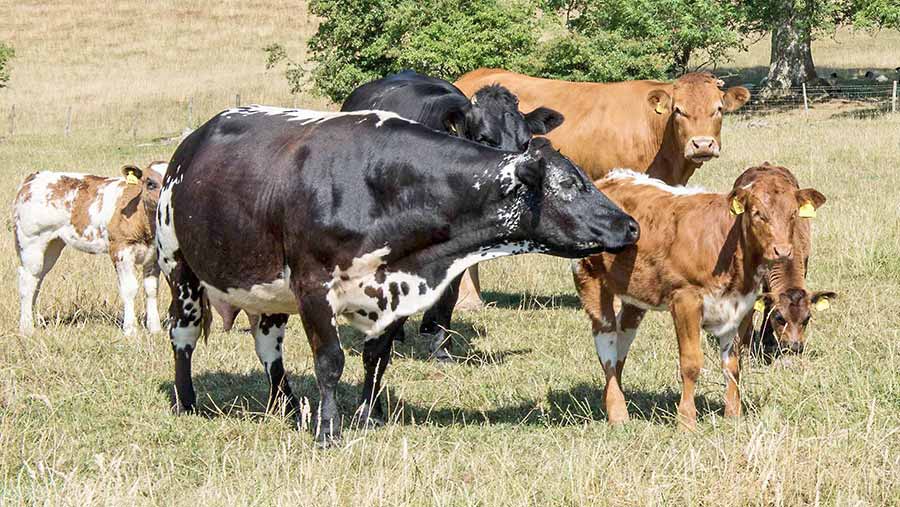 One couple haven’t been put off taking on short-term tenancies and grazing licences to help build their farming enterprise.

In just 13 years, the Sedgleys established a successful beef and sheep enterprise on 364ha of ground rented from four landlords in the Lune Valley on the edge of the Yorkshire Dales.

Driven in their quest to farm to high standards, the couple, who met while studying at Myerscough College, Lancaster, have not been deterred by the complications and insecurity of short-term rental of the majority of their land, nor the distances between the areas they farm.

See also: How one young arable entrant got started without family support

The Sedgleys both have farming backgrounds. Mrs Sedgley’s parents are arable farmers in Lancashire and Mr Sedgley’s parents have a 101ha traditional hill farm near Sedbergh, on which the couple began their farming careers, along with land rented on short-term tenancies and grazing licences. 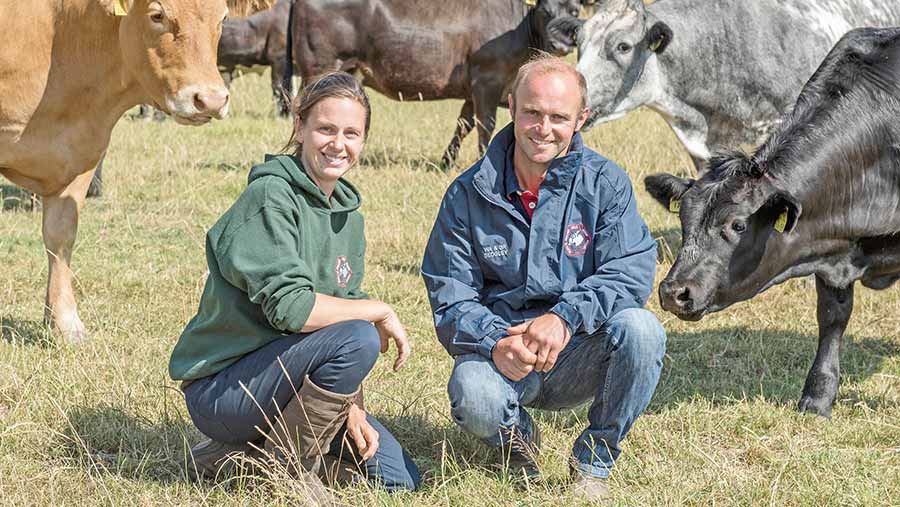 Gillian and Will Sedgley © Jennifer Mackenzie

How they built the business

WA and GR Sedgley was established in 2010 after they had acquired enough rented land and by 2013 they were fortunate to get a 15-year farm business tenancy (FBT) on the Whelprigg Estate in Barbon, near Kirkby Lonsdale, 20 miles away from the hill farm.

The 45ha Low Bank House is home to them and their young family – Eva, eight, James, seven and Sam, three.

“When we left college with our degrees we were determined to be involved with the farming industry,” says Mr Sedgley, who specialised in animal science for his BSc Hons in agriculture, while Mrs Sedgley concentrated on arable production for hers.

Mr Sedgley’s parents were both accountants and their purchase of the hill farm in 1988 proved untimely, as interest rates soared shortly afterwards and the price of lamb plummeted, so they had to continue working to pay for the farm.

This made Mr Sedgley determined to farm on a scale that was viable and where he could work at it full time.

When they married, the couple moved into a £500 second-hand caravan at Mr Sedgley’s parents’ Lindsey Fold Farm in Garsdale.

They bought their first six beef cows in 2006 with their wedding money and took on the running of Lindsey Fold and its flock of Swaledale sheep.

As land more suited to their type of farming came up to rent nearer Kirkby Lonsdale, they funded the enterprise by working away and through the help of both of their families, as well as the bank.

How stock numbers have increased

Now the herd of cattle has grown from the original four pedigree Limousins and two British Blue-crosses to 60 cows.

Prime lambs are sold either through the ring at Kirkby Stephen or deadweight through McIntyre Meats at Hawes.

“The stock we breed are suited to the system and the type of land we farm, as well as the local market,” says Mr Sedgley.

Among numerous changes at Low Bank House was their investment in new housing for the cattle so the 60 cows plus followers can be accommodated during the winter.

The herd is now closed and has been in the SAC high health scheme for the past five years, accredited free of Johne’s, BVD and leptospirosis.

It includes almost 20 pedigree Limousins under the Langstroth prefix, a couple of pedigree British Blues and the remainder are British Blue cross Limousins.

“Our focus is to breed three-quarter Limousin or British Blue show potentials – selling them at six to 10 months old, which suits our system,” explains Mrs Sedgley. “We would like to expand our cattle numbers, but it would mean putting up extra sheds.”

Individual calves have sold to a top price of £2,600 for a bullock at the Leyburn Mart Spring Spectacular.

At the Kirkby Stephen May 2018 store cattle show and sale, they topped the sale with a 12-month-old heifer at £1,530 and achieved their highest average yet at £1,205 for 25 head to make a seasonal overall average approaching £1,200 a head. 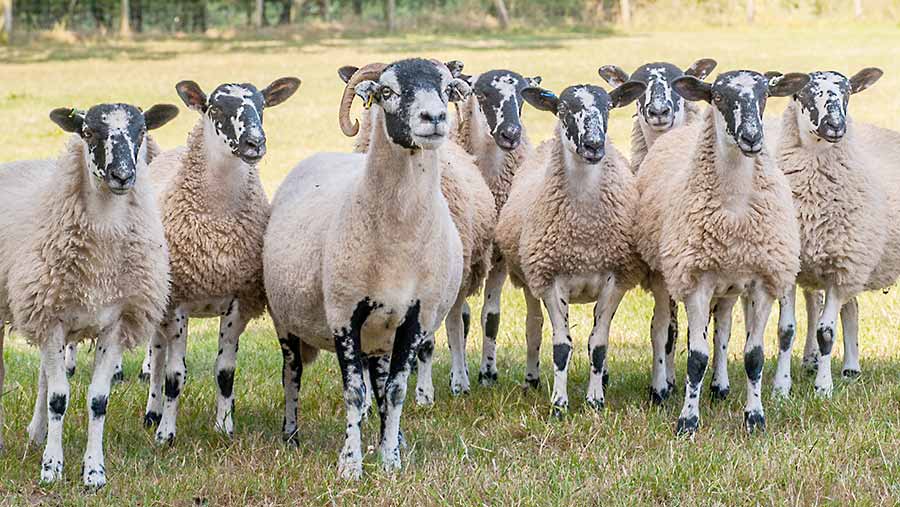 North of England Mules in particular are Mr Sedgley’s passion and he is in his second year as chairman of the Nemsa Hawes branch.

The Sedgleys run 250 purebred Swaledales, of which 100 are a nucleus flock of the better lines run separately.  They ultimately want to sell powerful tups with good skins and mouths from this nucleus flock.

A further 700 Swaledales are put to the Bluefaced Leicester, which are either from their own Langstroth crossing type flock of 25 breeding females or bought in with the breeding focus on correctness.

Up to 10 tup lambs and five gimmer shearlings are sold each year through Hawes and Bentham auction marts, with the best price to date for a tup at £7,000.

Because the Sedgleys appreciate their only asset is their livestock, mixed-age flocks with high health status is important and the ewes are vaccinated for enzootic abortion and toxoplasmosis.

Bought-in stock is kept to a minimum, but the entire crop of about 550 Mule gimmer lambs are sold each year through Hawes and Bentham, where they usually achieve some of the leading average prices.

Lambing is mainly outdoors, except for 70 Texel hoggs, which are retained rather than sold as prime. Replacement Mule shearlings are bought instead of keeping more home-bred lambs because they suit the system better and are more productive, say the Sedgleys.

Lambing starts with the Bluefaced Leicesters and the Mules on 1 March, with the crossing Swaledales 17 days later. The pure Swaledales follow on 1 April, along with the Texel hoggs.

There are no pet lambs, but adopters and a strict wet mothering policy are used and found to be worthwhile.

Lambs are sold finished with the first off grass from early June. Last year the Beltex-cross lambs averaged about £90 a head, Mule wethers £75 and first-cross Texels £80.