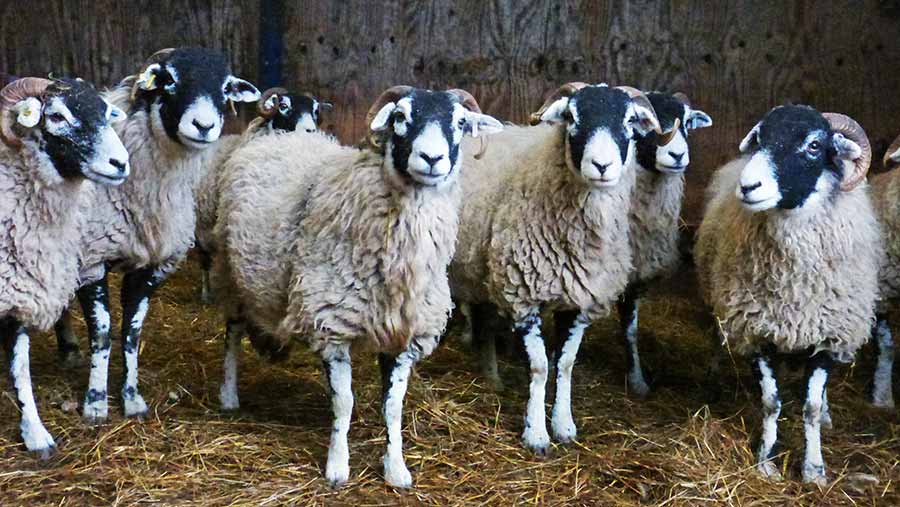 Lambing in a harsh climate and running ewes over nutritionally challenging moors has not stopped a Weardale family improving farm output by 25% in 12 years.

They have also managed lamb mortality rates to produce an extra 150-180 lambs a year from their 650- to 700-head Swaledale flock.

One critical management change came back in 2004 when the Daltons began using a trace element drench after reporting geld rates around 1-2% higher and lambs with stiff legs dying. 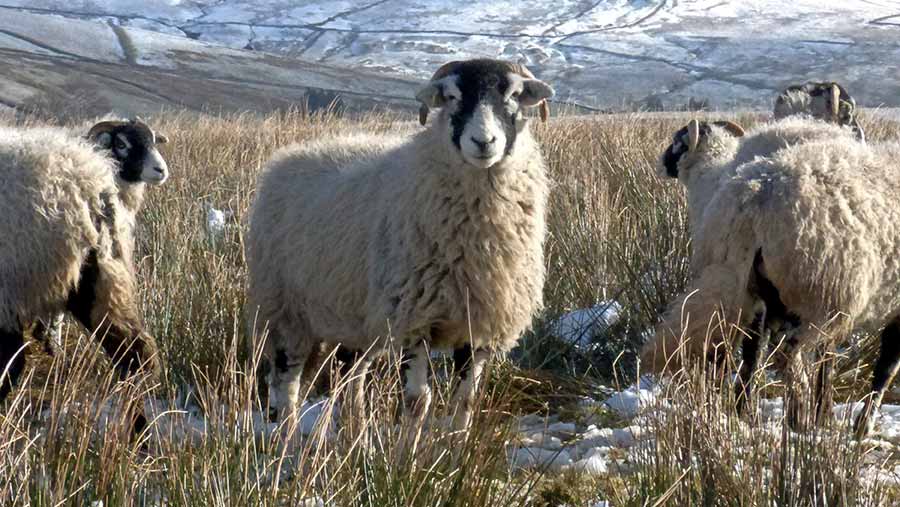 This is a common problem in the ex-lead mining Pennine areas as lead binds to proteins in the rumen otherwise used for absorption of other trace minerals.

“Lead tends to go where calcium is, getting stored in the bone and when a ewe lambs she uses calcium from bones to produce milk for the lamb, resulting in milk with elevated levels of lead which can lead to stiff lambs at three to four weeks old, although stiff lambs can be due to several issues, not just lead.”

The Daltons also support the drench with a free access mineral, prescribing 5ml with the first worm drench, 10ml at clipping and 10ml at weaning for lambs, with ewes requiring 15ml pre-tupping and 15ml mid-pregnancy.

“This has improved geld rates (number of empty sheep), which have probably dropped 1% and also improved lamb survival. If a lamb is weak on its legs it can’t travel with mother.”

Higher scanning rates can mean little if the weather is bad in spring, admits Greg.

Lamb mortality can increase 5% or more in harsh springs but is generally around 12-15%.

Investing in lambing sheds has given the farm the confidence in having higher scanning results.

Plastic macs cost 16p/coat and spectam at 15-16p/dose are used to control environmental pressures outside and inside respectively.

Lambs are weaned around 10 August at around 27kg, with the oldest being around 150 days. This is being achieved from 65kg ewes, although some wean their weight and are 55kg.

“We find tight skinned animals survive better on the hill, it tends to keep wind and water out,” explains Greg, who is happy scanning Texdales at around 170%.

“We are keeping more twins now and this helps breed twins which is traditionally not the strategy but with three new buildings in 12 years we have a bit of space to feed and lamb twin-bearing ewes.”

Wethers are now moved to rented grazing for eight weeks post-weaning to finish, with some requiring a daily feed of 150-250g a head finishing ration of crushed barley and a 16%CP lamb pellet mixed 50:50 to get lambs up to 35-36kg.

“Selling a store lamb for £25 off a ewe barely pays for the mother’s wintering costs,” admits Greg, who is considering selling lambs through the Swaledale Sheep Breeders Association Marks and Spencer scheme. “This year we’ve been getting £55 to £60 for fat wethers.”

With grazing costs calculated at £10-£12 a head and winter housing and concentrate costs at another £10-£12 a head this means wethers being marketed at worth £30 more, boosting the gross margin by £15-£20 in some cases from 100 wethers last year.

This is a means of justifying substantial subsidy cheques that are vital for the farm’s survival, says father Dick.

“Without the upland supports we are dead as businesses,” he explains. Gross margins, calculated by Newcastle University as part of the Farm Business Survey, returned values of £4/livestock unit and £23/ha in 2012.

Greg sees the next five years as “challenging” but thinks hill farmers must explain the many landscape and environment-level benefits that hill farming brings to the public.

“Brexit has created short-term uncertainty. Domestically we need to educate the public to justify supporting upland farming using the public purse, like paying farmers on the results measured from environmental schemes.”

Such an initiative is taking place in Wensleydale at the moment.

The High Nature Value (HNV) Farming concept official manifesto was launched in 2013 to recognise the environmental and cultural benefits of low intensity systems.

Upland farmer Richard Betton of the Upper Teesdale Agricultural Support Services (UTASS) says a “results based approach” may be required in his area in the future.

“Conservationists now recognise the need to conserve the resulting flora and fauna of many generations of farming in places such as the North Pennines.

“Our businesses are way off making a living from selling red meat but if we show the public goods and services we provide we can justify the supports we receive.”

Why are our moorlands and uplands important?