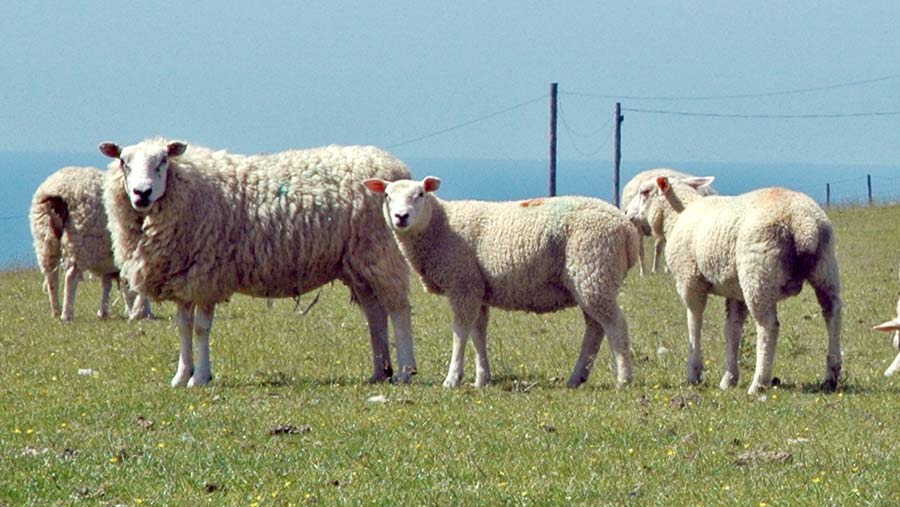 Making sweeping changes to management systems on a hard hill farm was out of the question for the Jones family when considering how to add value to their flock.

Instead they’ve found that introducing new genetics has helped them improve market returns by 25% on the Abermax cross finished lambs and, overall, they are making cost savings of about 30% on their severely disadvantaged area (SDA) unit.

More that half of the 800 acres the family farms at Cefn Uchaf, Llanbedr, Gwynedd, is rocks and bracken.

This means they have limited carrying capacity, says Aled Jones, who manages the farm with his wife Eleri, son Aron, daughter Elliw, and parents Evie and Heulwen.

In the 1970s their quest for a ewe capable of adapting to the farm and producing a bigger lamb led the Joneses to invest in the Talybont Welsh.

The enterprise evolved with the addition of the Bluefaced Leicester to produce Welsh Mule gimmer lambs. However, it was costing them too much to produce lambs.

“Like all farmers operating in this arid area, our main objective is to maximise our income from sheep,” he says. “However, we had to spend a lot on bought in feed in order to produce fantastic lambs.”

Introducing Innovis genetics five years ago was a natural progression, and since then they have been able to improve the flock’s potential by selling more, better quality lambs.

They have crossed the Aberfield maternal sire to the Talybont Welsh ewes, and in turn introduced those cross-bred ewes to the Abermax meat sire.

“I’ve always had an interest in genetics and I believe using performance data to help make buying decisions is the way forward,” Aled says.

“We select within the top 5% for prolificacy – the ideal for this unit is 150% to 160% born, ease of lambing, maternal characteristics for milk. Apart from being fully performance recorded, these rams are solely forage raised and we expect them to work for five years.” 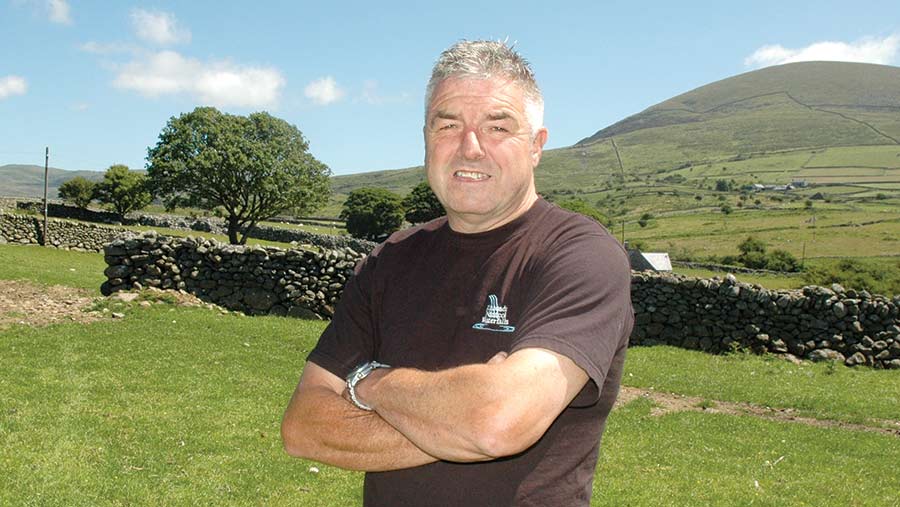 Sheep are lambed indoors from mid-February.

“We are also keeping ahead of the game by lambing earlier,” he says. “We’ve installed CCTV in the shed and operate 24 hour shifts over six weeks.”

He adds: “So far, we can vouch for the fact that the Aberfield has met with expectations. It’s delivering the goods – plenty of milk, fewer losses and minimum number of barren ewes.”

As a result, the farm is achieving 20% more lambs reared – an average 1.69% – while 80% of the crop born from mid-February now leaves the unit by the end of July in a two-way split; with half having reached 36kg target finishing weight from 10 weeks through to five months, and the remainder sold as stores.

“Initially we had considered finishing the entire crop and targeting them all away at target weight by the end of October. However, after working out the cost, it just didn’t make economic sense.”

Furthermore, Aled says one of the most noticeable features about the Aberfield Talybont Welsh ewe is that she keeps her condition on poor quality ground.

“Bigger ewes are not regarded as compatible to mountains. However we’ve found that since the crossbred ewes are slightly bigger at 70kg to 80kg mature weight compared with the average 70kg pure Talybonts, they can survive on the harshest of mountains.” 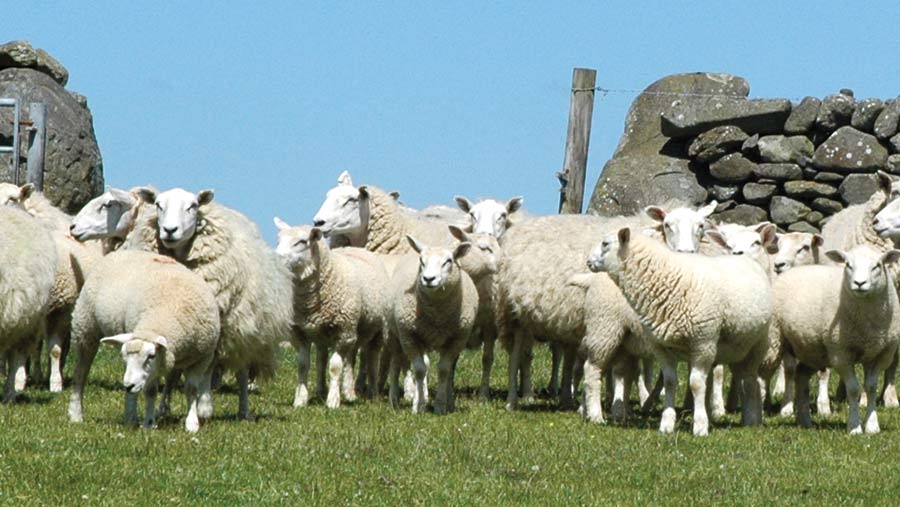 These ewes are run at up to 1,500 feet between April and September, having been wintered on a lowland unit near Caernarfon.

The crossbred ewes also have a higher cull value.

“We’ve started to sell a portion as four-year olds with couples to achieve a £25 to £30 a head difference over their purebred Talybont Welsh counterparts.”

Apart from introducing added market value, Aled says the new strategy is enabling the family to make significant savings by getting lambs away earlier.

“We no longer have to make at least three gathers to dose for ticks and maggots which adds up to £3.60 per lamb plus labour; additional fertiliser costing up to £1,500 would have been required, and the risk of any losses has been minimised. The flock is now eating considerably less dry matter.”

Aled says his father, Evie Morgan Jones, a former ADAS consultant, has encouraged him to see the bigger picture.

“Making major changes to our management system was not possible,” he says, “The unit doesn’t lend itself to improved grassland management – lambing late outdoors means we would hit the peak marketing season and lamb losses from foxes in this area are serious.

“The real option has always been to consider changing genetics and moving away from traditional hill farming based around producing a small 25kg to 30kg finished Welsh hill lamb that is currently not very marketable,” he explains.