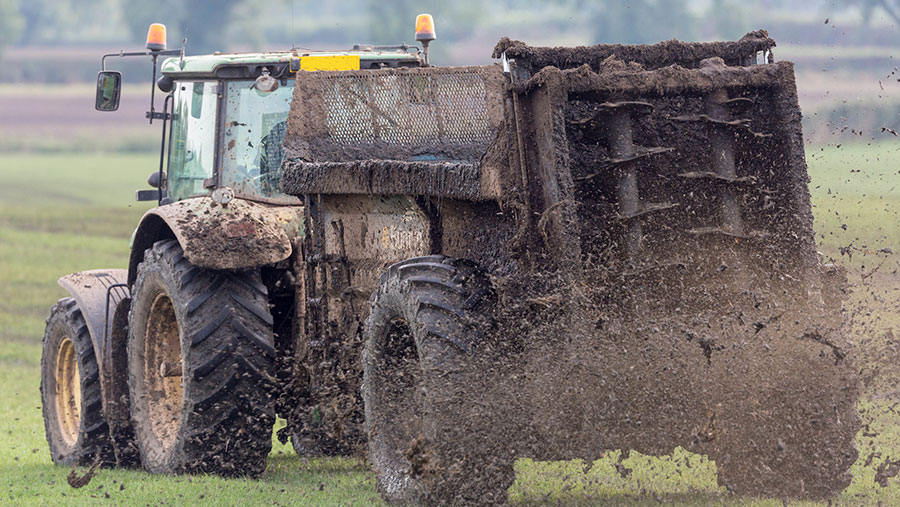 Changes to planning rules for assessing ammonia will have far-reaching consequences for farmers in Northern Ireland, says the Ulster Farmers Union (UFU).

The union says it is outraged because the new policy for assessing planning applications is stricter – making it “virtually impossible” for farm businesses to comply.

The decision by Shared Environmental Services (SES) was made without consultation with industry – and would ultimately affect all farmers, claimed UFU president Ivor Ferguson.

“If the farm business is sited within 7.5 km of certain designated sites, their application will more than likely be denied,” he said.

“The roll-out of this means that the vast majority of farmers across Northern Ireland will be unable to develop their business if the new rules remain in place.”

Ammonia levels in Northern Ireland are the highest in the UK.

Regulators say the assessment guidelines were revised due to legal requirements and because ammonia readings exceed levels harmful to many sensitive habitats.

But Mr Ferguson said: “The goalposts have been moved again. How are farmers meant to plan and develop their businesses when the rules are changed without warning?

“It is completely unacceptable that these changes, which have significant implications for farm businesses, have been foisted upon us.

“Never mind that it has been done without any proper engagement or consultation.

Mr Ferguson said the new rules put farmers in Northern Ireland at a competitive disadvantage because farmers in the neighbouring Republic of Ireland did not face the same regulations.

“They are free to expand, while we can’t,” he said.

“This means agri-businesses, the rural economy and communities will all be impacted unless we find a balanced way forward that allows businesses to develop and deliver ammonia reductions.”

A spokesperson for Shared Environmental Services SES) said the planning application rules hadn’t changed – but the assessment guidelines were being revised.

“Ammonia readings in Northern Ireland exceed levels that harm sensitive habitats at the majority of designated sites. This and recent case law have led SES to revise its assessment guidelines.”

This meant more applications were being assessed for the potential impacts of ammonia on international designated sites.

“SES assesses each application individually and will continue to work with applicants to give credit where possible for measures to reduce ammonia emissions.”

But the UFU says the changes have implications for farmers with applications already in the system or about to apply – many of whom have already incurred significant expenditure.

Mr Ferguson said: “It is totally unacceptable that the bar has now been raised without warning. This makes it extremely difficult for them to comply with the new position.

Farmers who are in the system or have made financial commitments to get ready for planning must be assessed against the criteria that was previously in place.

“In most cases, they have spent thousands of pounds. In fact, some have spent tens of thousands, preparing a planning application only for the rug to be pulled out from under them.”

Mr Ferguson said the UFU would be meeting politicians, writing to councils and taking legal advice on what was a “ludicrous” decision.