Fewer sheep were forward overall, but a higher proportion of rams found new homes, with the clearance rate lifting to 85.7%, up from 80% last year.

Auctioneer Chris Armstrong, of Hexham and Northern Marts, said trade in ring 15 was above vendors’ expectations.

He added commercial prime lamb producers generally had a budget of 500-700gns for good quality stock.

“The ring topped at 7,000gns and also had shearlings down to 200gns – we saw the full spread of prices,” said Mr Armstrong.

The cream of the commercial tups sold towards the four-figure mark, with the ring seeing shearlings average 772gns and ram lambs 505gns.

Commenting on the resilience of sheep farmers and the firm trade on the day, Mr Armstrong said: “Whatever happens or doesn’t happen at the end of October, it doesn’t change the fact sheep farmers, and particularly upland sheep farmers, can’t do much else with the ground they have – we do sheep or we do trees.

“Farmers are operating in the face of negativity and the move to veganism. We, as an industry, are under the cosh, but farmers keep showing how resilient they are.” 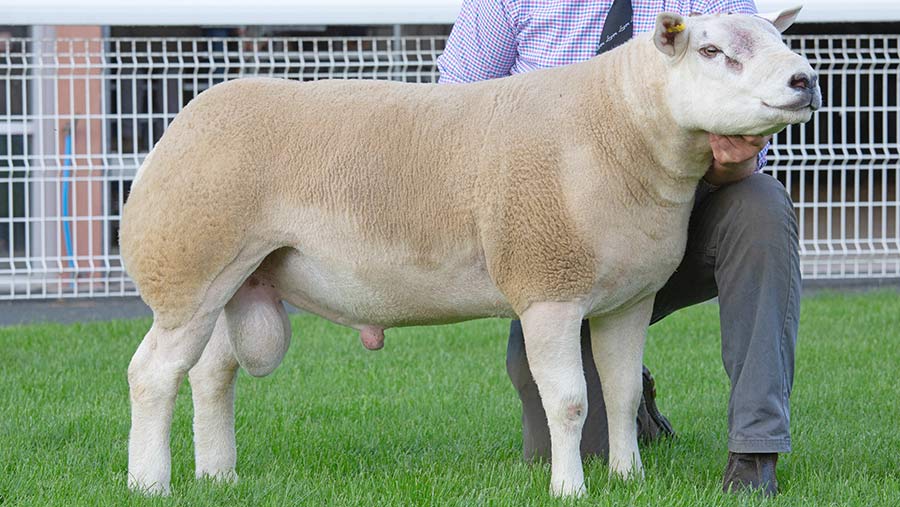 Texels topped the trade with a Brijon shearling from Messsrs Watson and Co, Bowsden, Berwick, at 7,000gns
© Tim Scrivener

This is according to Andrew Walton of Michael Walton who said good commercial tups were regularly making 650-900gns. He added the strong shearling trade was helped by tight supplies.

However, more shearlings sold at 97% clearance with averages in this section up £70 to level at £377.

He said most sires were of the traditional ‘true blue’ type, to breed to white-faced ewes, but some crossing-type rams were being bought by farmers with Beulahs.

He added: “Plainer sheep have been getting harder to see for a number of years now and some people have got tired of bringing them to market.” 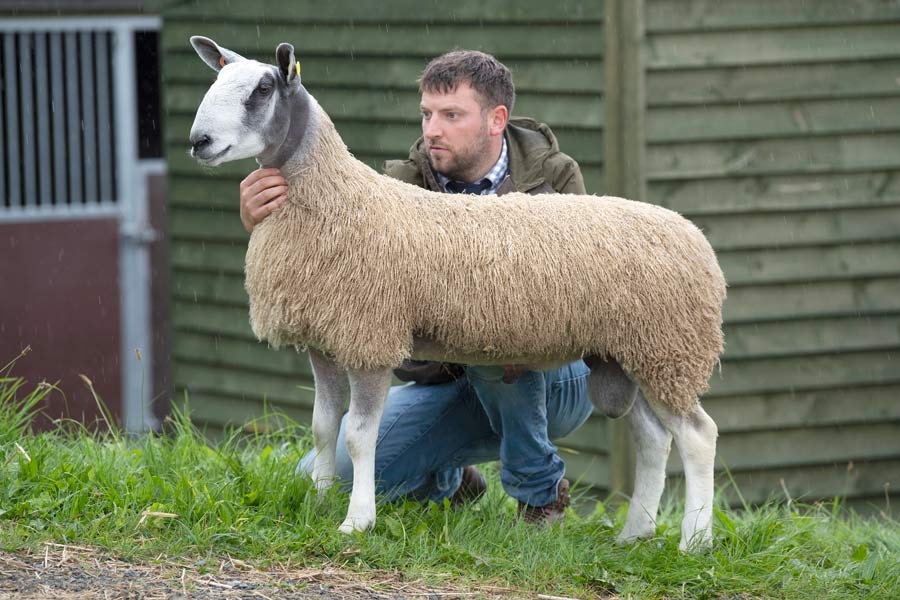 Greg Christopher of Brightwells said that if a pedigree breeder was interested in a lamb it would reach four figures, evidenced by shearlings topping at 3,200gns and ram lambs at 3,000gns. 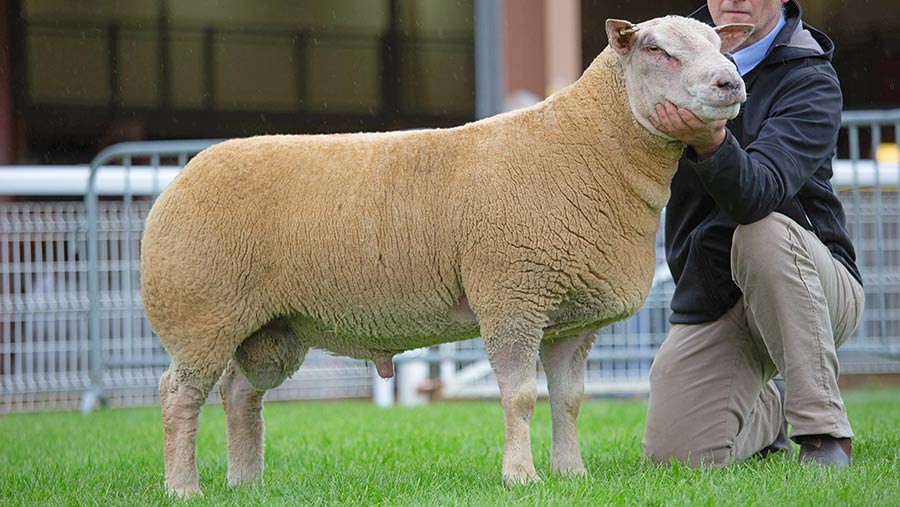 The Suffolk rings saw some of the fastest trading and strongest prices, with Maedi-visna accredited ram lambs lifting £58 on the year to £454 and topping at £1,050.

Sale chairman Richard Gwilliam said: “It’s been a great relief. There has been a very strong trade, particularly on the Suffolks. There was so much competition and the confidence to buy them was colossal today.

“We thought they were going out of fashion but they seemed to do the best trade of the day.” 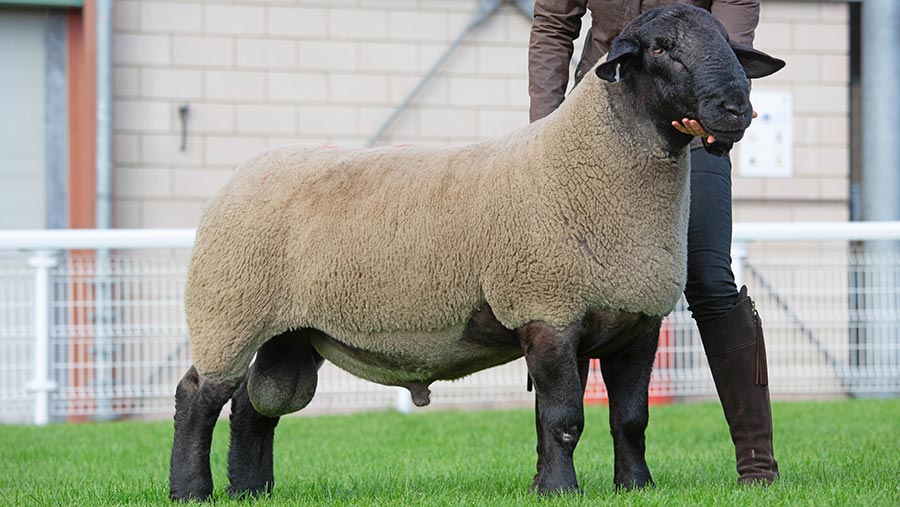 Texels topped the trade with a Brijon shearling from Messsrs Watson and Co, Bowsden, Berwick, at 7,000gns
© Tim Scrivener