Trade was back £111 (£5,803) as four fewer sold on the year, but bidding rose to 20,000gns for the society sale’s top lot, Millerston Kasper, a 22-month-old roan by Meonhill Charlie Chaplin out of a homebred cow going back to Podehole Beefeater. 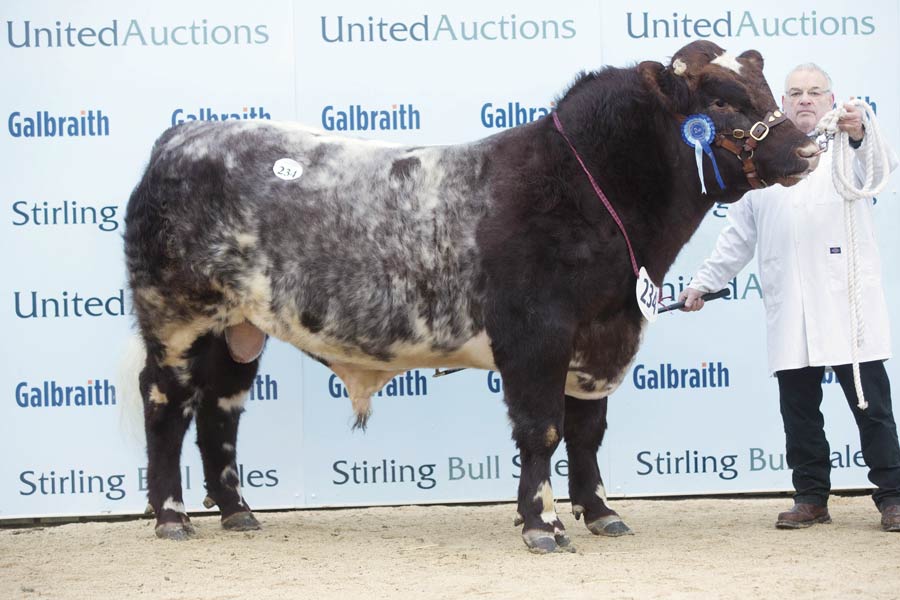 The other 20,000gns bull was Fearn Godfather, a stock bull sold in the first of a two-part herd dispersal of Douglas McMillan of Perthshire’s Coldrochie Beef Shorthorn herd.

Fearn Godfather, a five-year-old roan by the 10,000gns Dakota of Upsall out of a Fearn dam, returned to his breeder, J Scott and Partners, which sold him in Stirling three years ago for 10,000gns.

Next at 15,000gns was the 21-month-old red and white Balnabroich Kermit. The Glenisla Centurian son, out of a Glengoy dam from Balnabroich Farms, Blairgowrie, Perthshire, was knocked down to DJ Biggar, Castle Douglas, Kirkcudbrightshire. 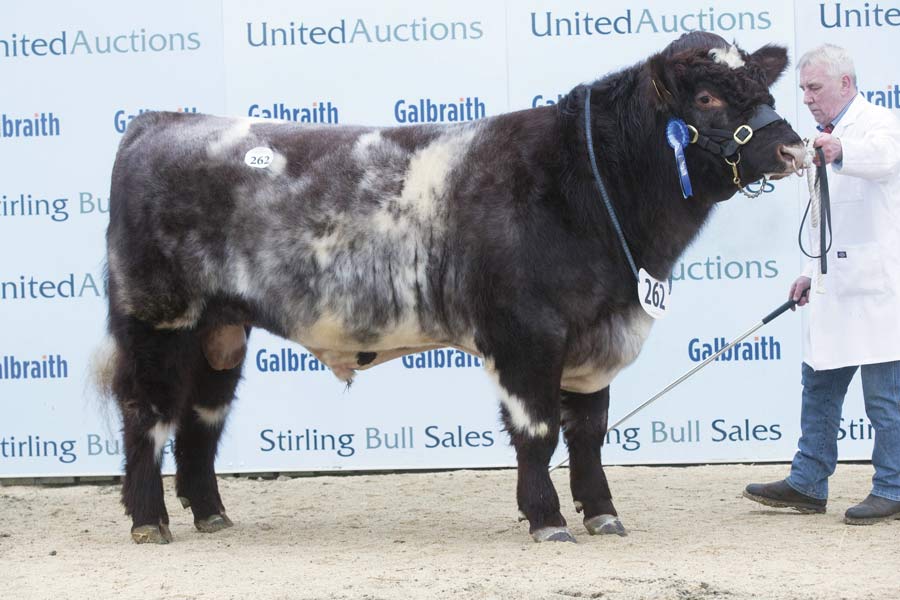 The next highest price of the day was for a female from the Coldrochie herd dispersal. Glenisla Desiree TI +24, SRI +22, an eight-year-old roan by Holmeere George in calf to Godfather.

She was sold to S Anderson, Loughborough, Leicestershire, along with her six-month-old dark roan, Coldrochie Desiree, by the 12,000gns Knockenjig Foremost. 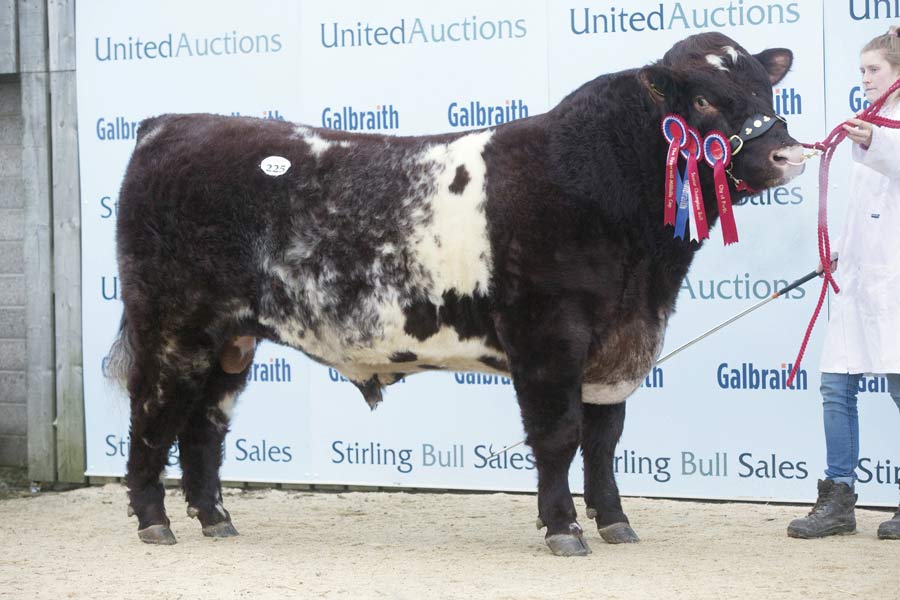 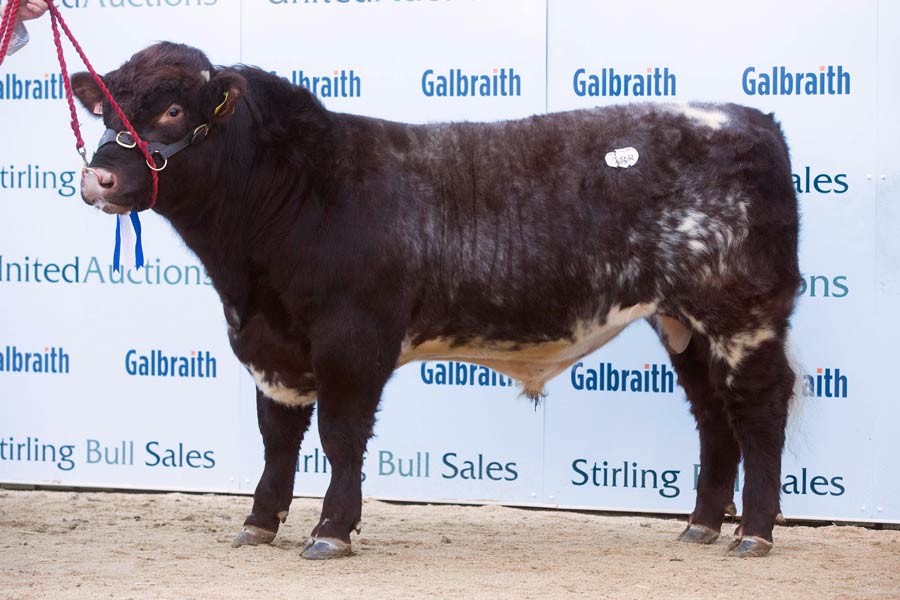 Leading the female trade at 3,500gns was Grovewood Josie, a two-year-old red heifer by Dakota of Upsall in calf to Glenisla Explorer. Bred by Chris Mallaber, Drakelow, Derbyshire, she went to TC Brown, Towcester, Northamptonshire.

Next at 2,900gns was Knockenjig Rosie Duchess, a 23-month-old red heifer by Glengoy of Geronimo in calf to the 10,000gns Fearn Jumpstart. Bred by David and Rosemary Dickie, Sanquhar, Dumfries and Galloway, the buyers were GS and GI Pettit, Fochabers, Morayshire.