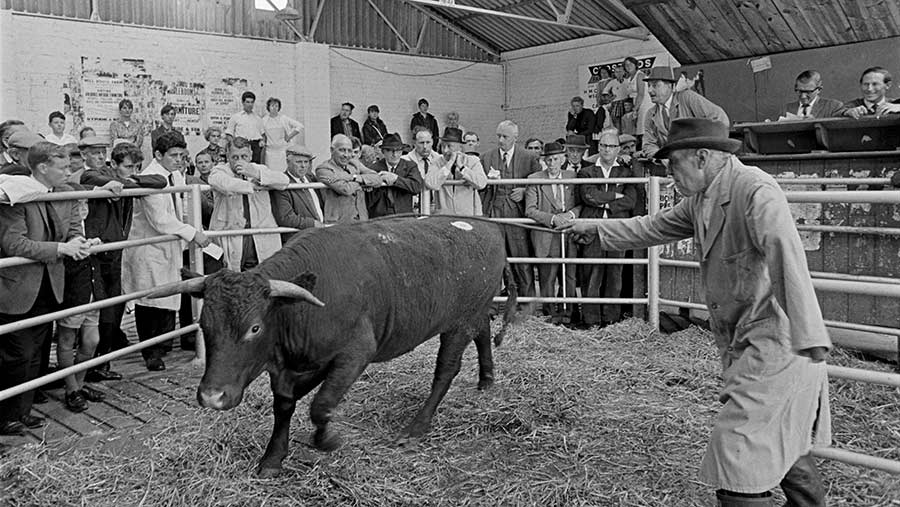 Taking Stock looks over the seismic changes in the livestock sector through the lens of the UK’s livestock marts over the past 60 years.

Over the past 60 years, there are two common threads in the evolution of markets: professionalisation and consolidation. More that 500 markets have ceased trading and the meat and food sector is controlled by far fewer players.

As farms have become bigger and have had to comply with more red tape, so too have many markets. Hygiene, biosecurity and animal welfare have all influenced market design, but technology has probably had the biggest impact.

The 1960s saw the early development of the country’s motorway network, with more livestock transported on trucks and the traditional droving sales starting to die out.

Through the 1970s, hauliers and motorways became the standard mode of transport in Britain, facilitating the importation of cheap food from abroad and helping the growth of the supermarkets.

Where previously train lines had been strategic for markets, by the 1980s motorways were the primary way to move stock to farms and abattoirs.

For markets, that brought a need for parking space and large turning areas for articulated lorries, and scope for allied industries to share premises.

New, out-of-town market sites started to develop. York (1971) was one of the first, with Skipton (1980), Sedgemoor (2008) and most recently Darlington (2020) all examples of modern multi-functional sites designed for easy access.

Smaller markets were struggling to compete while larger markets were growing. The scale and professional approach were necessary as processors started to supply markets directly.

Regional and seasonal sales at smaller sited continued to provide an important venue for selling breeding and youngstock.

Challenges over the years 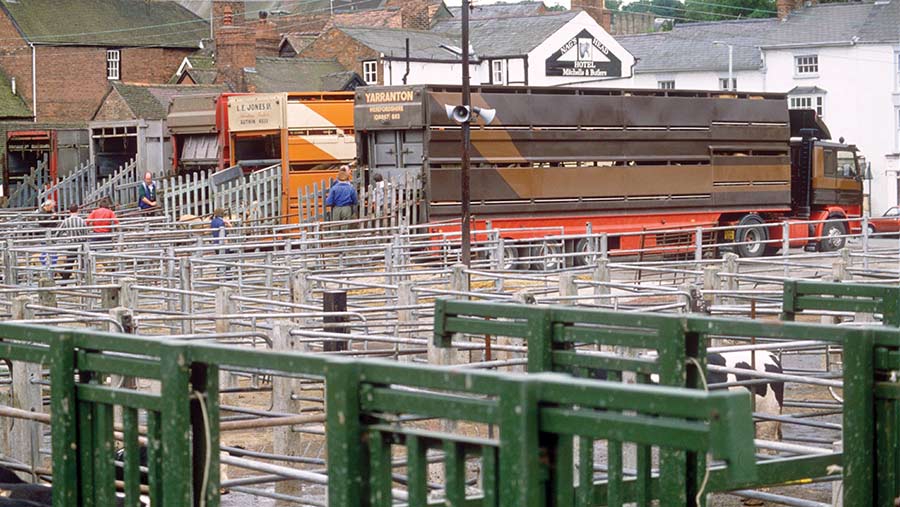 By the end of the 1980s the number of abattoirs and markets was falling rapidly (see table) and supermarkets were driving high street butchers out of business. This continued in the 1990s when new food standards – to comply with EU directives – became too onerous for some businesses.

Food Safety standards were becoming more onerous and economies of scale were needed to make profits from slimmer margins.

Dedicated supermarket supply chains, linking producer, processor and retailer without a livestock market determining pricing, started to be seen in the 1980s.

Between 1990 and 1996 the supermarkets’ share of fresh meat sales increased from 48% to 68%, tipping the balance of power towards a handful of big supermarket chains.

This gave the major retailers bargaining power with which to negotiate standards and prices with processors and farmers. The markets were now increasingly being bypassed.

Meanwhile, as more women took up full-time employment and returned to the workforce after starting families, consumers were demanding convenient and affordable food.

A significant challenge came in the form of bovine spongiform encephalopathy (BSE), putting market prices under extreme pressure as the world banned British beef. The EU ban lasted from 1996 to 2006.

In 2001 markets closed for almost an entire year to control an outbreak of foot and mouth disease, threatening to cede control to processors and supermarkets for good.

But the arrival of the coronavirus pandemic in early 2020 gave the markets one of their finest hours. With the country in lockdown and supermarket shelves stripped by panic buying, the livestock markets continued to function, offering a price-setting mechanism for farmers during a period of unprecedented uncertainty.

The pandemic brought home the value of short supply chains and local produce. So could markets and local food outlets be set for a renaissance?

1959 The first section of the M1 motorway opens, from Watford to Rugby.

1962 Motorways are already having an impact on mart trading, with 59% fewer cattle, 92% fewer sheep, 85% fewer pigs and 37% fewer calves shipped on trains this year as road transport develops.

1963 The government’s Beeching report – an inquiry into the efficiency and profitability of the public rail system – leads to the large-scale closure of railway lines serving many towns with livestock markets, which still account for 70% of the country’s cattle, 64% of sheep and 21% of pigs.

1968 The M9 in Scotland is opened, linking Edinburgh, Falkirk, Stirling and Dunblane.

1971 York livestock market relocates and becomes an agri-business hub, one of the first of many to develop on out-of-town sites with better access to motorways.

1973 The UK joins the three European Communities, including the European Economic Community (EEC), the forerunners of the European Union.

1983 Red meat becomes labelled as unhealthy following two government reports – the National Advisory Committee on Nutrition Education in 1983 and the Committee on Medical Aspects of Food and Nutrition Policy in 1984.

1984 Over-production of food hampers UK farmers and the EEC introduces quotas to control food production, such as the milk quota.

1996 The BSE outbreak results in the Over Thirty Months scheme, which prevents meat from animals older than 30 months entering the food chain. Cattle passports are introduced.

1998 The government launches the Strategy for the Protection of Animal Welfare at Livestock Markets. In September the British Cattle Movement Service is launched.

2001 On February 23 at 5pm livestock markets are forced to close due to foot and mouth disease. They remain shut for 354 days.

2007 An outbreak of foot and mouth disease in August forces the closure of markets for one month. They open again on 3 September

2011 Markets have invested time and money in developing protocols and facilities to comply with the Animal Gathering Order (2010) and Animal Welfare Act (2006).

2018 The first virtual sale of pedigree Wagyu cattle is held through Hexham and Northern Marts. Buyers rely on detailed performance figures and catalogue notes in the auction hall.

2020 Marts adopt extra hygiene precautions and introduce drop-and-go policies to allow them to continue trading through the Covid-19 pandemic.